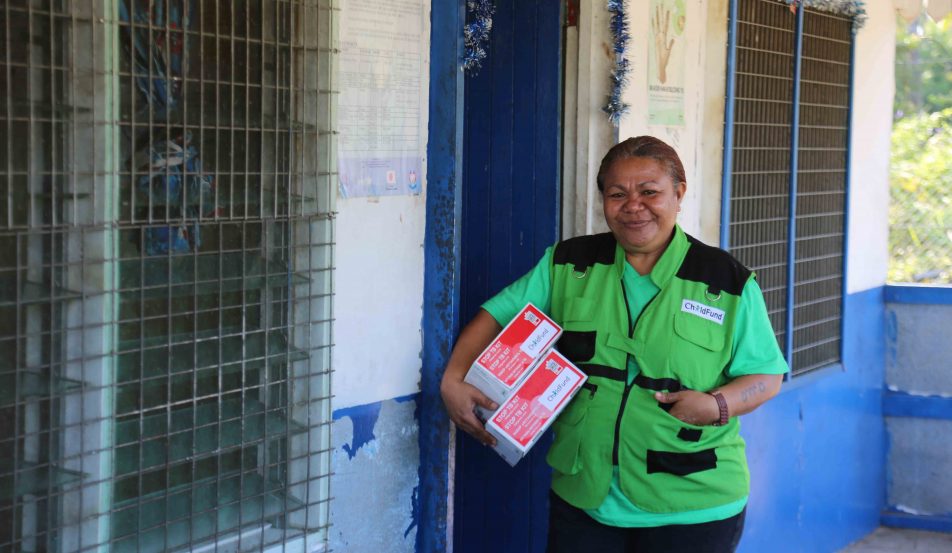 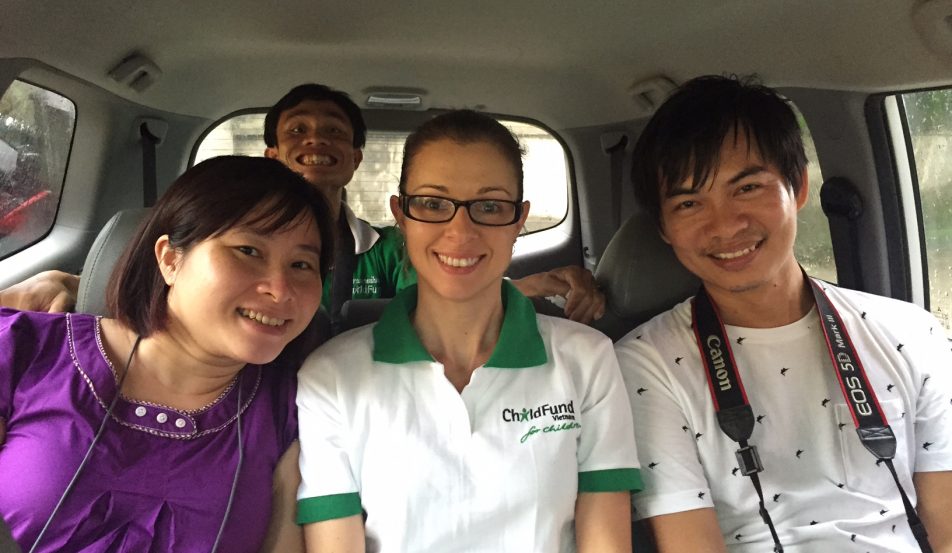 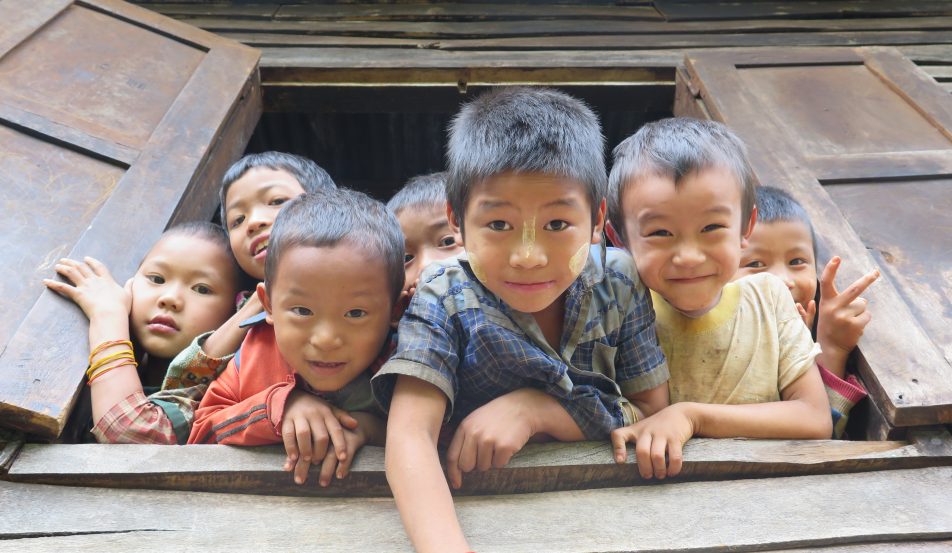 Here Margaret  shares what it is like to be a female leader and why more women are needed in the development and humanitarian aid sector.

A new and challenging role in international aid

When civil war broke out in Yemen in 2015, Margaret was in the Philippines helping to piece together homes and schools that had been destroyed by Typhoon Haiyan.

While she had built a level of resilience in the Philippines working in environments where trauma and devastation were the daily norm, the role in Yemen had its own set of challenges.

She feared for her life when a bomb was dropped near the compound where she was living.

“You would hear bombing over in certain places and you would see the sky light up and then it would quiet again, but this day it was the closest it came.”

“We had to go down to the safe rooms; this bomb went off and the windows blew out, and I just thought, oh god, this is it.”

Margaret’s responsibilities as a leader during a crisis

Margaret was second-in-charge of a team of 12 who had been deployed by UNICEF to write proposals on the ground to raise funds for emergency items such as food and water for families affected by the war.

Living and working in a war zone as a senior female leader, however, meant her role became much more complex than writing proposals.

She found herself becoming a mentor, providing emotional support to her colleagues, particularly for the younger women in her team.

“There is a fair bit of mayhem going on because people are living in these strange environments. There’s a lot of emotional stuff,” Margaret says.

It is because of this that emergency situations need strong women, says Margaret. “You need that rational side, but you also need some gentleness and someone to say it will be OK.” 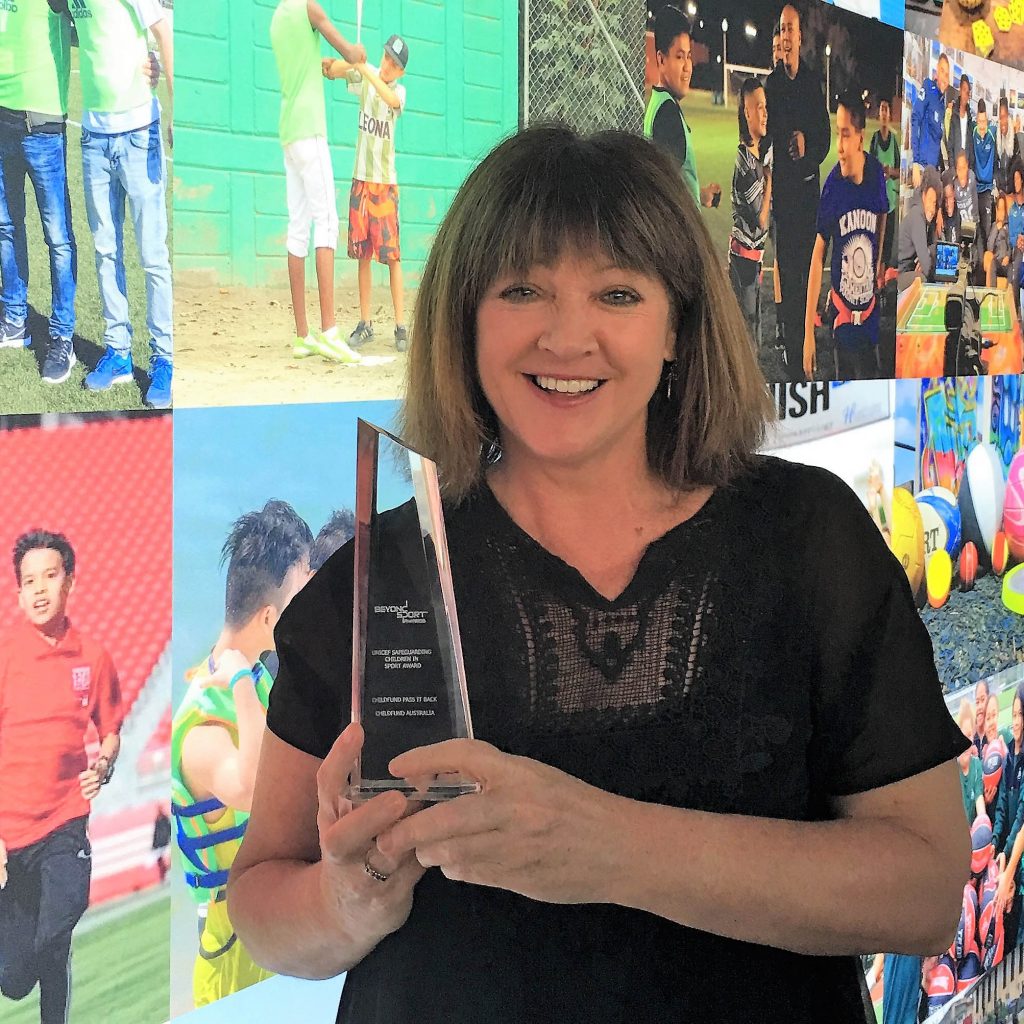 Margaret accepting the UNICEF Safeguarding Children in Sport Award at the prestigious Beyond Sport Global Awards in 2017, for ChildFund’s work in sport for development.

Emergencies, particularly in war zones, do not typically attract women however because it can be a “very boy-sy” culture.

“We’re in armoured cars and jackets,” Margaret says. “We did this safe training where they tie you up, put a bag over your head and stick a gun up against your neck to teach you how to respond if you get kidnapped.

“You had to climb over cars and walk over minefields, so in that way it is incredibly boy-sy.”

Rebuilding communities after a natural disaster

Margaret began working in the Philippines six weeks after Typhoon Haiyan hit the central region of the country in November 2013. With wind speeds sustained at more than 150mph, Typhoon Haiyan was one of the most powerful typhoons of all time, killing more than 6,000 people and displacing 4.1 million others.

Over the two years she spent helping to rebuild communities impacted by the disaster, one memory that has stayed with her is the vulnerability of women and children, particularly adolescent girls, in the camps set up for displaced families.

Protecting the rights of women and children after Typhoon Haiyan

“The camps are full of women and children. The women are looking after the children, the emotions, the pain, the dead, and the men are out picking up the rubble.

“In the camps you’ve got the issue of protection because you’ve got women and children all together so anyone can hurt them.

“Adolescent girls are particularly vulnerable because they’re not seen to be important enough to be a part of the recovery and rebuilding efforts, although adolescence boys are.

“They kind of become invisible during the crisis.”

Leading the way for all women in international aid and development

While it is the emergency work that often draws headlines, Margaret feels that it has been her work in the field of international development that has been the most rewarding.

Before taking up roles in the Philippines and Yemen, she headed up UNICEF’s office in Papua, Indonesia’s easternmost province.

She was the most senior person with the United Nations at the time and managed an office in the capital Jayapura. Most of her work was focused on implementing education programs in remote communities, ensuring disadvantaged children had access to schools and teachers were properly trained.

Papua wasn’t the safest place for a woman because of the potential of civil unrest, but it was a role she thoroughly enjoyed.

“I loved being the boss more than I thought I would, not because I could boss people around but because at least I could make the decisions and when I made the decisions I could be responsible for them,” Margaret laughs.

“There is something about the way women operate as bosses; they balance the human side with the practicalities and policies around the job.”

“I feel in the workplace there are messages to women as bosses that your softer side and soft skills are not valuable, and that men will better.”

Prior to her post in Papua, she was based in Bangkok as UNICEF’s adolescence advisor for south-east Asia, east Asia and the Pacific, and before that, she enjoyed seven years with the World Health Organisation helping to develop and implement adolescence health programs in Vietnam.

Education is key to driving change for women and girls

Margaret credits her parents, particularly her father, for her strong sense of leadership and passion for equality and women’s rights.

She is the third eldest of nine children, and remembers the family dinner table being a meeting point for heated discussions.

“My mother was very social and inclusive,” Margaret says. “She provided all the love and nurturing. My father was the academic one. He would start political conversations and encourage us to clarify what we said. If you talked rubbish, he would call you on rubbish.

“He never taught us girls that we would grow up and a bloke would look after us. There was never any of that. He absolutely encouraged us to become strong, independent women and to pursue careers.

“He saw education as key.

“I think education for girls is the key to success, to getting out of poverty, to having a better life. All the research shows that educated women earn more money and that educated mothers have healthier children.” 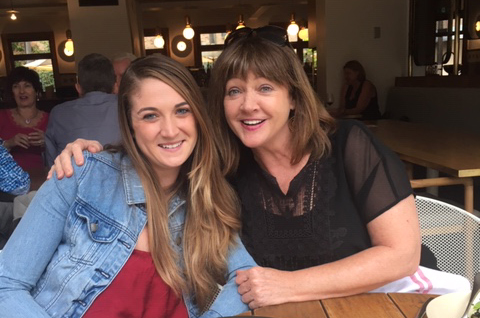 Margaret with her daughter Tessa, who is pursuing a career in international development.

‘Together we can change environments’

Balancing work and life as a single mum

Despite having worked in a war zone and in traumatic environments, one of the biggest challenges in her life, says Margaret, has been being a single, working parent.

“The challenge was having such an intensive job and giving up time with my daughter,” she says.

“I was still very involved in her education, and as she got older she recognised that. I was the Chair of the Board of the UN school. I could do that work in the evening so I felt like I was still contributing to her life, but it meant I didn’t go to her sport events during the day and I didn’t watch her concerts.

Her daughter, Tessa, is 26 and to Margaret’s surprise, wants to work in the international development sector.

“I was quite moved that she wanted to study development,” Margaret says. “I never thought she would pick that area.”

A champion for every child’s right to learn

While there is still a long way to go in the movement towards equal rights, times have definitely changed.

“Educated women are far more likely to ask things of men, and people share child rearing much more than they did 30 years ago,” Margaret says.

“Even when everything looks equal, the burden and work in life is greater for women, especially in developing countries. It’s still the case in Australia, but far less so.”

Men have an important role to play in forging a more gender-balanced world, says Margaret.

“Together we can change environments like workplaces,” she says.

“More and more often, you have men talking about the world needing to be more equal. I think men have a very important role to play in continuing to push for that environmental change, and not just say that it’s all equal.” 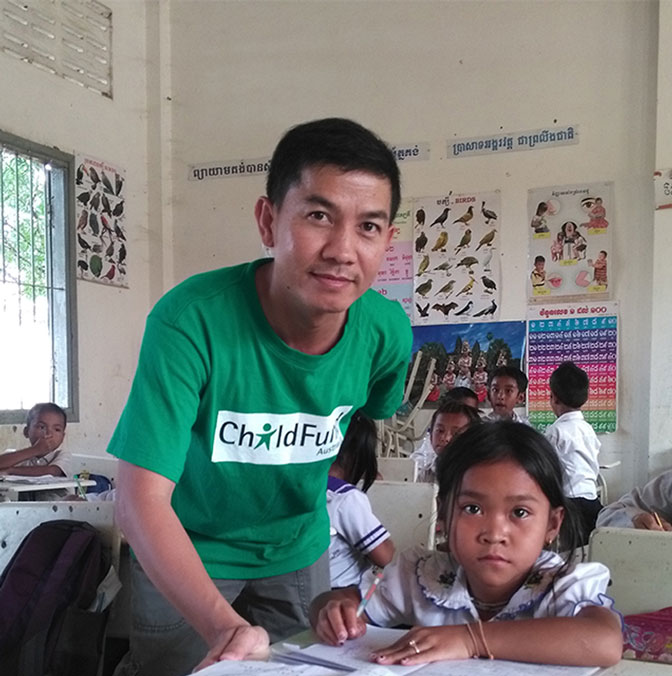