A tale of two interns in Vietnam

It was the first of January 2017 when Sydneysiders Bronwyn Thomas and Mansi Bhatt, both 22, touched down in north Vietnam. They were on their summer break from uni, but this wasn’t a holiday.

As International Development Studies students, Bronwyn and Mansi arrived in Vietnam under a pilot internship program between the School of Social Sciences at UNSW Sydney and ChildFund Australia, supported by the Department of Foreign Affairs and Trade’s New Colombo Plan Mobility Program.

“I think the New Colombo Plan is great. To have Australian students engaging more in our region is really important,” says Bronwyn.

After a two-day induction at ChildFund Vietnam’s National Office in Hanoi, Bronwyn and Mansi headed off to two of Vietnam’s most remote provinces, where they would be based for the duration of their internships.

Mansi’s destination was Bac Kan, where ChildFund has been working for 18 years. In addition to helping ChildFund staff in the office with proposals, project activities, and measuring outputs, observing programs was also a key part of her role.

She explains: “I went to a workshop where I was able to see how community consultations and meetings actually work, how ChildFund engages and builds relationships with people in the community, and how you can make sure community members’ voices are heard.

“I also visited the site of a new road construction in a really small community. It was 400m, so not very long, but the road really needed to be worked on. It was hard for anyone to walk through, especially when it rained, as the road would just be mud,” says Mansi. “It showed me that although some projects are quite small, you`re not necessarily always looking for big changes, and I’ve learnt that small victories for communities are really important as well,” she adds.

When asked how life in rural Vietnam compares to Sydney, Bronwyn admits that “it’s different on every level.” She adds that Cao Bang, where she was based, is one of the most remote places she`s ever been.

Living in an area where English is not widely spoken was a challenge for Bronwyn, but it also inspired her to run two English classes each week in her office: “ChildFund Vietnam is encouraging greater English comprehension among local staff, which I think is important. I loved being able to help with that.” 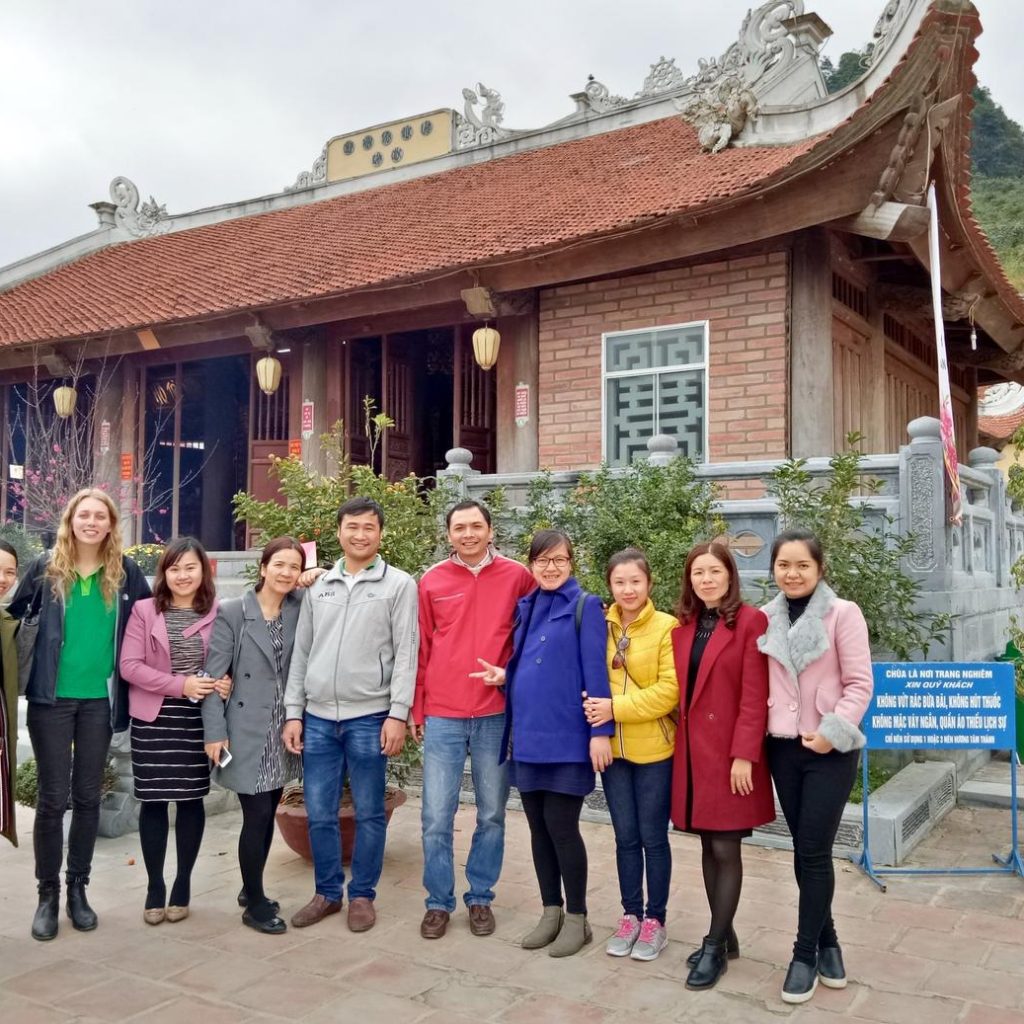 Bronwyn adds: “I also worked on new project proposals and research, which was really fascinating for me as I’d never really done that before. One of them was a women’s economic empowerment project, which really aligned with everything I’m interested in.”

Meeting those who are benefiting from ChildFund’s work was also eye-opening for Bronwyn. “I visited a local village for a special festival and had lunch with a woman who volunteers with ChildFund to support sponsored children with letter-writing. It was amazing to get an insight into her life. Her husband has had a few accidents and she now does the majority of agricultural work. But she was also there cooking and looking after their children, so the workload for women is just massive,” says Bronwyn.

“Seeing this woman, and hearing her stories about other women, and the horrible things they face really put a human face to the research that I did.”

For Bronwyn and Mansi, their internships have exposed them to the realities and nuances of working in the international aid and development sector.

“At university, we’ve learnt so much about sustainable development and having a long-term approach, and deep development. It was so amazing for me to see that being carried out. I`m really impressed by ChildFund`s work in Vietnam,” says Bronwyn.