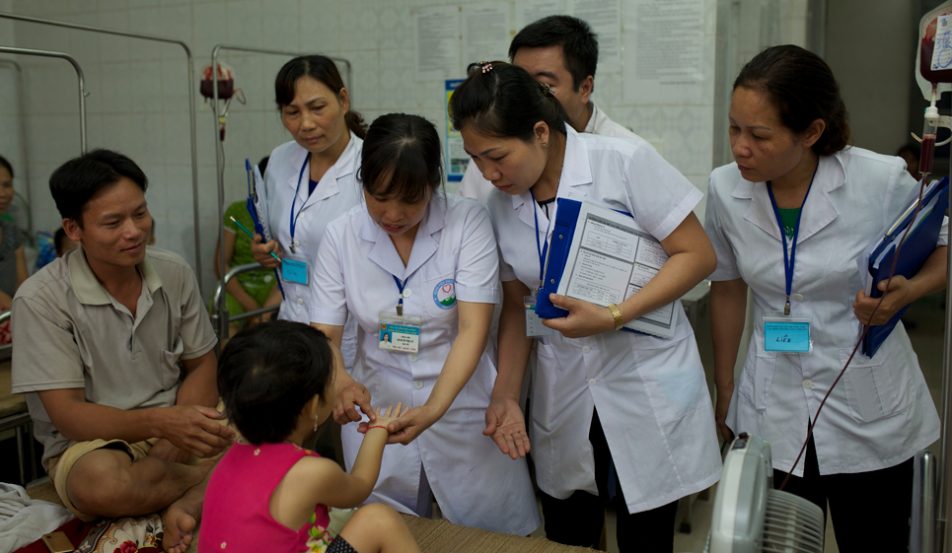 What are some common infectious diseases?
CATEGORY Health

Despite being one of the most peaceful and democratic nations in West Africa, Senegal has a serious lack of medical care. With a population of almost 13 million, more than half of whom are under the age of 20, Senegal’s children are in danger of falling ill from malaria and other preventable diseases. Poor sanitation and lack of access to medical services jeopardize the lives of many more.

ChildFund has worked in Senegal since 1985, and although much progress has been made, access to health care remains a serious concern in many parts of the country. In 2010, 75 out of 1,000 children under the age of 5 died and almost 20 percent of infants born between 2006 and 2010 were underweight at birth. During this time period, 19 percent of children suffered from moderate to severe stunting due to malnutrition and food scarcity, according to UNICEF.

Life-threatening illnesses like AIDS are also a serious problem in Senegal. Approximately 59,000 people of all ages were living with HIV in 2009, and around 32,000 cases of mother-to-child HIV transmission were reported in the same year.

Senegal has observed marginal gains in response to poverty reduction efforts by aid organizations and the Senegalese government, but there is still much to be done. According to the World Bank, the poverty headcount ratio in Senegal was more than 55 percent in 2001. Today, that figure stands at just above 46 percent. In addition, access to improved water supplies increased by 3 percentage points between 2006 and 2010, and overall life expectancies have risen steadily in recent years. Maintaining positive momentum is important to the welfare of Senegalese children and their families.

To improve access to health care in communities across Senegal, ChildFund has launched a range of initiatives. We support health huts that provide wellness education and training to empower people to live healthier lives, and we have distributed more than 800,000 chemically treated mosquito nets in Senegal to combat the spread of malaria, one of Senegal’s biggest killers. In addition, the community health program has helped bring clean drinking water to rural villages across the country, reducing the spread of waterborne bacteria.

ChildFund is also leading the fight against malnutrition in Senegal. We are the lead executing agent of the Programme de Renforcement de la Nutrition (PRN) initiative, a collaborative project with the government of Senegal that aims to improve the growth of children under the age of 5 and facilitate more effective nutritional interventions in at-risk communities, both rural and urban.

What are some common infectious diseases?
CATEGORY Health

What are some common infectious diseases?

Building a healthier and fairer world