“I was just like a frog in a well. I could not see the world, just the sky above me,” says 24-year-old Kdeb from rural Cambodia.

Youth unemployment is a major problem in Cambodia, especially in remote villages. To change this, ChildFund-supported youth groups are helping disadvantaged young people improve their skills and find meaningful jobs.

Kdeb is one youth whose life has turned around after participating in her local Community Voices program: “I can’t compare myself now to the person I was before I joined my local youth group.”

With Kdeb’s mother died when she was just eight months old, she was left in the custody of her alcoholic father who also passed away when Kdeb was young. Moving in with her grandparents, Kdeb finished high school but did not have enough money to go to university. After an unsuccessful job search, she believed she was destined to remain unemployed.

Through the group, Kdeb and other local youth learned how to start their own businesses to benefit their community. They also held fundraisers for local causes, even helping to repair roads and buildings that were damaged by storms.

Most importantly, the group gave its young participants an opportunity to contribute to the commune development plan, helping them become an important link between the local government and members of their community.

After excelling in, and leading, group activities, Kdeb secured a position in the office of her local government. She is now able to assist her elderly grandparents financially, and eventually hopes to save enough money to go to university.

“Without being involved in the ChildFund-supported youth group, I would not be who I am or where I am today.” 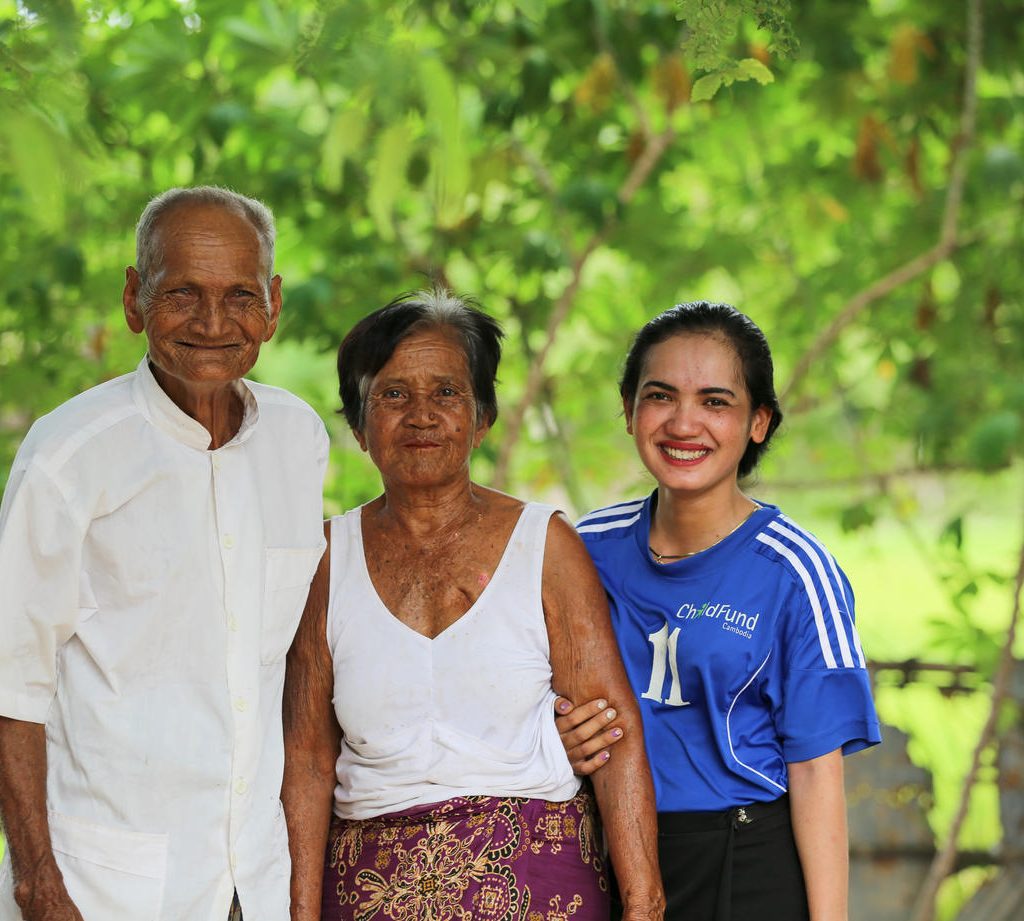 Kdeb, 24, is one of many young people in rural Cambodia benefitting from ChildFund’s skill development programs