Drought in the Horn of Africa

In July 2011, the Horn of Africa was struck with a devastating drought. Millions of children were at risk of starvation, crops withered and the bodies of animals scattered the landscape.

ChildFund responded to this emergency by mobilising communities and providing emergency feeding, water and health care. These initiatives meant that affected families could remain in their communities, rather than being forced to leave home in search of food, making them stronger when the crisis was over.

An incredible 6,854 generous supporters responded to our Horn of Africa Emergency Appeal, saving the lives of thousands. In total, $991,061 was donated by the Australian public to ChildFund’s appeal; of this, $417,489 was matched dollar for dollar by the Australian government through AusAID. These donations helped provide life-saving nourishment to 74,860 children, women and men.

ChildFund was able to deliver these life-saving supplies to drought-affected areas in Kenya and Ethiopia:

Our team in Kenya also used donations to provide health monitoring and medical assistance to children and supply 558,000 litres of water to remote communities.

We also assisted 20,866 older children and 2,263 women and men. Women like Beyenech (pictured above) from Ethiopia, a mother of four who was pregnant when the food crisis began. “My husband had to leave the area to look for work,” she told our staff. “We were alone. I was so worried my child would be born unhealthy.”

Beyenech received supplementary food and edible oil during the final stages of her pregnancy and regained enough strength to deliver a healthy boy, Dagmawi. “After the feeding program I delivered a healthy baby boy. I`m so thankful,” she says.

Birtukan, a 10-year-old girl from Ethiopia, recalls daily life as the crisis took hold: “I remembered that we used to eat three meals a day before the drought condition. But during the emergency period our parents could manage to feed us only once in a day. Most of the time, I had to go to school without food, feeling hungry and weak. My ability to listen to a teacher, to read and understand faded away. All my family lost hope. My father tried to work as a daily labourer and brought some money, which was not enough to fulfil the most basic need of my family, food. Now thanks to ChildFund, I could eat enough and attend school with full stomach.”

We would like to extend a big thank you to everyone who helped people like Beyenech, Birtukan and their families in their time of need by donating to our emergency appeal. 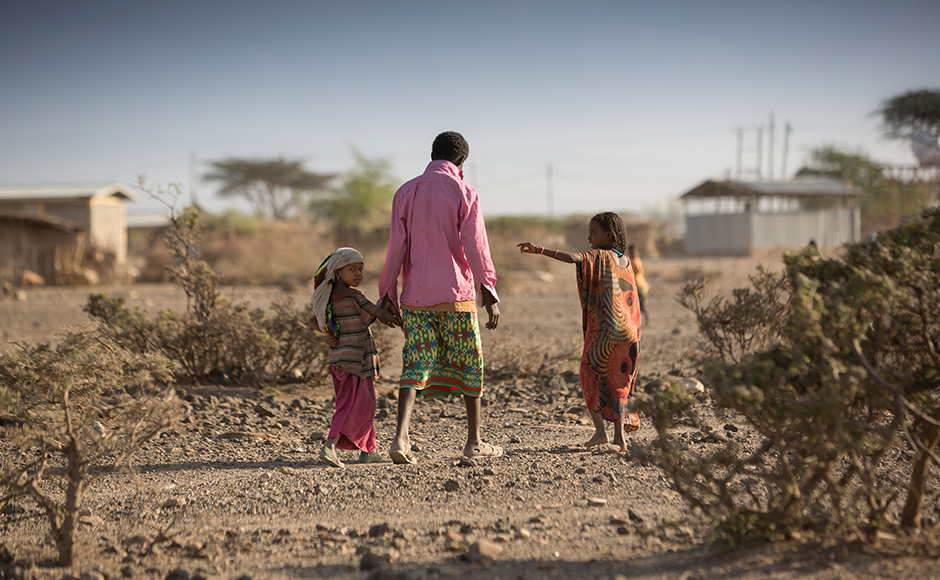 Watch this short clip of the situation a year on to meet Beyenech and her children, and see what a difference you have made.