Ebola one year on: Hope is returning

23 March marks one year since the World Health Organisation (WHO) officially declared an Ebola outbreak in the West African country of Guinea. A week later, neighbouring Liberia confirmed its first death, followed by Sierra Leone`s first case, a young woman, on 25 May.

Since then, these countries have been in the fight of their lives, battling an €˜invisible enemy` that quickly began wiping out their frontline of defence €“ their doctors, nurses and healthcare workers €“ as well as entire families and villages.

“I survived through 11 years of war, which impacted me completely because I lost my job, I lost relatives €“ but what is happening with Ebola is worse,” says Yusufu Kamara, program manager at ChildFund Sierra Leone. “In the war, they would tell you the rebels are coming, so you would move to another village. I moved from one district to the other, until I ended up in [the capital] Freetown.

“But Ebola is like fighting an invisible enemy. Even if you have guns, you cannot fire. And the doctors, the people who were supposed to protect us, they were the ones who were dying first. So the country was scared. This is the worst experience we have ever had and I`m praying it will never again happen in my lifetime.”

A year on, Ebola has officially claimed more than 10,000 lives (the actual number is likely far higher) and left 16,600 children without one or both parents or their primary caregiver. Yusufu says a few months ago, he thought things would be much worse by now; at the peak of the crisis, infections were doubling every few weeks. But with the international response ramping up late last year to support government efforts, by January the number of cases had dramatically decreased.

“For us the worst period was around June or July, when we had only one testing centre and one treatment centre,” says Yusufu. “People who were infected, even in Freetown, when they went to the treatment centre, they were told: €˜It`s full.` So they had to go back to their family, which was one of the things that increased transmission.

“I thought the situation was only going to get worse. We didn`t have any hope. There was no hope. But with the international response, with additional testing facilities from all over the world and additional trained personnel, we realised that, in fact, this is something that can be defeated.”

With infection rates in decline, WHO is now reporting around 100-150 new cases per week across the three affected countries. Schools have cautiously reopened in Guinea and Liberia after months of closure, with Sierra Leone soon to follow.

However, life is far from returning to normal. Pockets of Ebola continue to flare up, keeping everyone on high alert. Students returning to school must be particularly vigilant about practising the infection prevention and control measures that will keep the virus at bay. Families are struggling to get back on their feet after months without income. Survivors need support to deal with stigma and discrimination from work colleagues, peers at school, even their own family members.

ChildFund`s response remains focused on the care and support of children orphaned by Ebola. Through the establishment of interim care centres in Liberia and Sierra Leone, children are provided with food, shelter, medical care and psychosocial support for the 21-day quarantine period. During that time efforts are also made to find relatives or foster families who will accept these children and provide them with a new home. To date, 400 children have accessed the centres and almost 300 have been reunified with extended family or alternative families.

Staff at ChildFund Liberia and ChildFund Sierra Leone say the interim care centres will continue running as long as needed. In Liberia, the centres are expected to run for another six months. In Sierra Leone, it could be sooner.

“It is difficult to assess since people are still being affected by the virus, even though we now get far less than half the number of cases we used to get about a month ago,” says Ernest Cummings, ChildFund Sierra Leone`s Ebola response coordinator. “A few of our six centres recently registered zero cases, however, they have subsequently received a few more cases in the following days. Other centres we support have actually been experiencing an increase in the number of intakes.

“I understand from media sources here that the government has been cautiously optimistic, estimating that there would be no new cases by 7 April. My view is that we should plan for keeping the centres open for at least another month beyond the government’s target date, which takes us to May. However, my estimate could turn out to have been too optimistic.”

ChildFund`s Ebola response has also recently shifted to supporting the government to reopen schools. In Guinea, ChildFund has helped 1,175 schools reopen since January, setting up hand-washing stations and providing non-contact thermometers to help protect more than 500,000 students and teachers.

In Sierra Leone, ChildFund is working in partnership with the Department of Health and Education and the Ministry of Social Welfare to help implement in schools the same infection prevention and control standards used at the interim care centres.

“For seven months, many of these schools were used as holding centres for people with suspected Ebola. So we need to make sure the schools are disinfected. Their water systems and toilet facilities need to be upgraded,” says Yusufu.

“We also want to look at decongesting the classrooms. Before Ebola, there were up to 50 or 60 pupils per class €“ three per bench. Now the ministry is saying no more than two pupils per bench. So that means additional furniture and temporary structures for the schools to reopen.”

Looking ahead, the recovery process for Ebola-affected countries will be a massive task. The economic impact of Ebola has been devastating for many families and communities. The emergency brought many businesses to a standstill, farmers have had no source of income and food prices have gone through the roof. The educational impact on children has been huge, with an estimated five million children and youth missing out on months of school. And the psychological impact must be addressed to help the thousands of children and families who`ve lost relatives or survived Ebola themselves.

The governments of the three affected countries are calling for a regional recovery plan to help them get back on their feet. But they are also painfully aware they have not yet completely eradicated the disease and getting to zero new cases is still a priority.

“It is getting better,” says Yusufu. “We have not defeated Ebola yet but hope is returning. In recent weeks, we nearly had zero reported cases all over the country, then we started to see five, 10, 15 new cases coming again.

“So things are not back to normal but at least now we have hope that we can defeat Ebola because we have an adequate number of beds, treatment centres, testing centres and, in fact, I heard this morning they want to introduce this quick testing machine that takes just 15 minutes. Those are all opportunities bringing more hope.”

ChildFund Australia would like to acknowledge the generous donations of Australians, which have helped provide food, shelter, health care and support for children orphaned by Ebola through the interim care centres. 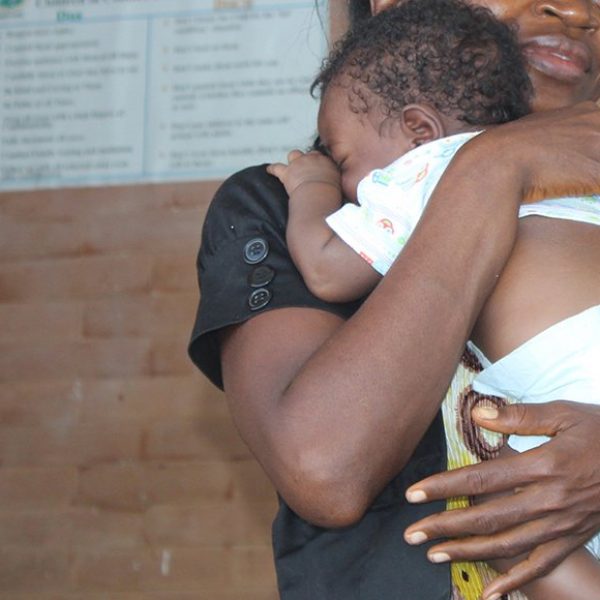 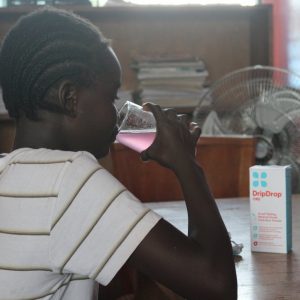 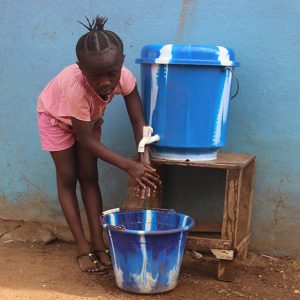