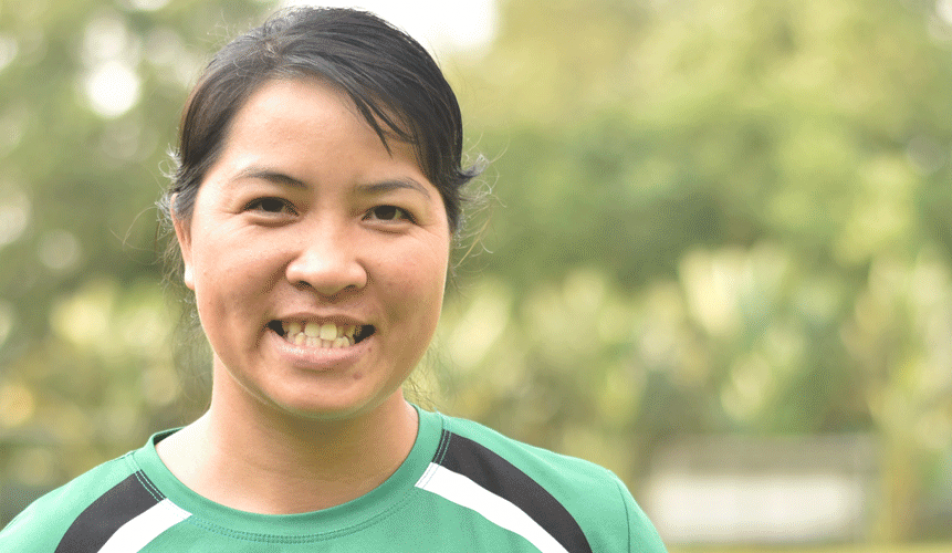 Ten months ago, 27-year-old Huyen`s destiny seemed written in stone – marry young, raise a family and work as a farmer to support them, like so many of her female peers living in one of the poorest parts of Kim Boi District, Vietnam.

Today, she is married with a five-year-old daughter, and supplements her husband`s income through her work as a corn farmer, but a world of new opportunities has opened up to her after being trained as a rugby and life-skills coach through ChildFund`s Pass it Back program, which is implemented in partnership with Women Win and Asia Rugby, and supported by the Australian Government.

“I consider myself so lucky because it is very uncommon for women to be allowed to attend any social activities after getting married [in my region],” says Huyen of the innovative sport for development program designed to help children and youth overcome challenges, inspire positive social change and ‘pass it back’ to their communities.

“[In Vietnam], children in rural areas do not have much chance to play like kids in big cities,” she adds, noting her daughter “has already expressed a desire to learn rugby when she grows up.”

For the one billion youth under the age of 24 living in 11 Asian countries where Pass it Back eventually hopes to reach, opportunities are limited, not only to participate in organised sport but to learn important leadership and life skills. By giving young women and men the chance to come together in a fun and safe sporting environment €“ where they can be trained by coaches from their own community, in their own language €“ Pass It Back delivers an integrated rugby and life-skills curriculum, providing vital learning and development opportunities that will help them face the challenges of a fast-changing region.

“Besides the Pass It Back curriculum, coaches usually share our own real experiences to facilitate life-skills discussions,” adds Huyen.

Another key objective of the Pass it Back program is to address gender inequity and violence issues, which remain a challenge in many communities. As rugby is a relatively new sport in most Asian countries, there are no fixed ideas about who should play, which has encouraged high rates of participation from young women and girls. Females make up more than half of the 1,500+ registered Pass It Back players, aged between 11 and 16, and half of the coaches. As a result, the program is already reaching its goal of seeing more women and girls with stronger leadership and life skills.

After rising fast through the program to represent the Lao Women`s National Rugby Team and work for the Lao Rugby Federation, 24-year-old Lao (pictured above, centre), from Nonghet district, has become an example of the power of sport to effect change for young women in rural areas.

“As a girl I was always very shy. Now I am a brave and confident young woman,” says Lao, who has become a role model in her community. “I want to help involve as many Lao girls and women from rural and remote communities as possible in rugby so they too can feel brave and strong.”

With rugby chosen for its promotion of strong values such as integrity, solidarity and respect, other coaches are also seeing the benefits of the Pass It Back program.

“Once I became a coach, I realised that life skills are really important and effective with our players,” says 28-year-old Hon (pictured above, left), from Vietnam`s Kim Boi District. “As our players are young and limited in their knowledge of life and the world, it is easier for them to understand and learn about the real-life topics that we discuss through playing rugby games.”

Hon adds that rugby is a good discipline tool, something he likes to joke about with the players` parents: “When our players are naughty and don`t listen, we tell them, ‘You learn rugby, you know it is not acceptable to behave like this,’ and the players very quickly improve their behaviour!”

Watch this video to learn more.