Happy and hopeful in rural Timor-Leste

“I like to come to the centre because I want to play and learn. Mostly I like to play!” says five-year-old Roni, of the early childhood development (ECD) centre he has attended for the past two years in rural Timor-Leste.

At Roni’s age, access to appropriate play, stimulation and social interaction is crucial to his lifelong development and success. At home, his favourite activity is playing with his neighbour. He also helps his mother and father with some simple chores.

He attends an ECD centre in his community that ChildFund helped establish. For seven years the centre has provided a safe and supportive environment, as well as trained teachers and high-quality learning resources. “In the school, I feel good because I have a lot of friends,” says Roni.

His community of about 1,200 people depend mainly on subsistence farming for survival. Despite being located less than 250 kilometres from Timor-Leste’s capital, Dili, it takes five hours by car to reach Roni’s village because of poor roads and rugged terrain.

Due to its isolation the community has not always had the resources to support an ECD centre. In fact, according to the Timorese government nine out of 10 children in Timor-Leste do not have access to pre-primary education.

ChildFund currently supports 76 ECD centres throughout the country; ensuring more than 3,300 children under the age of five are on the path to reaching their full potential. 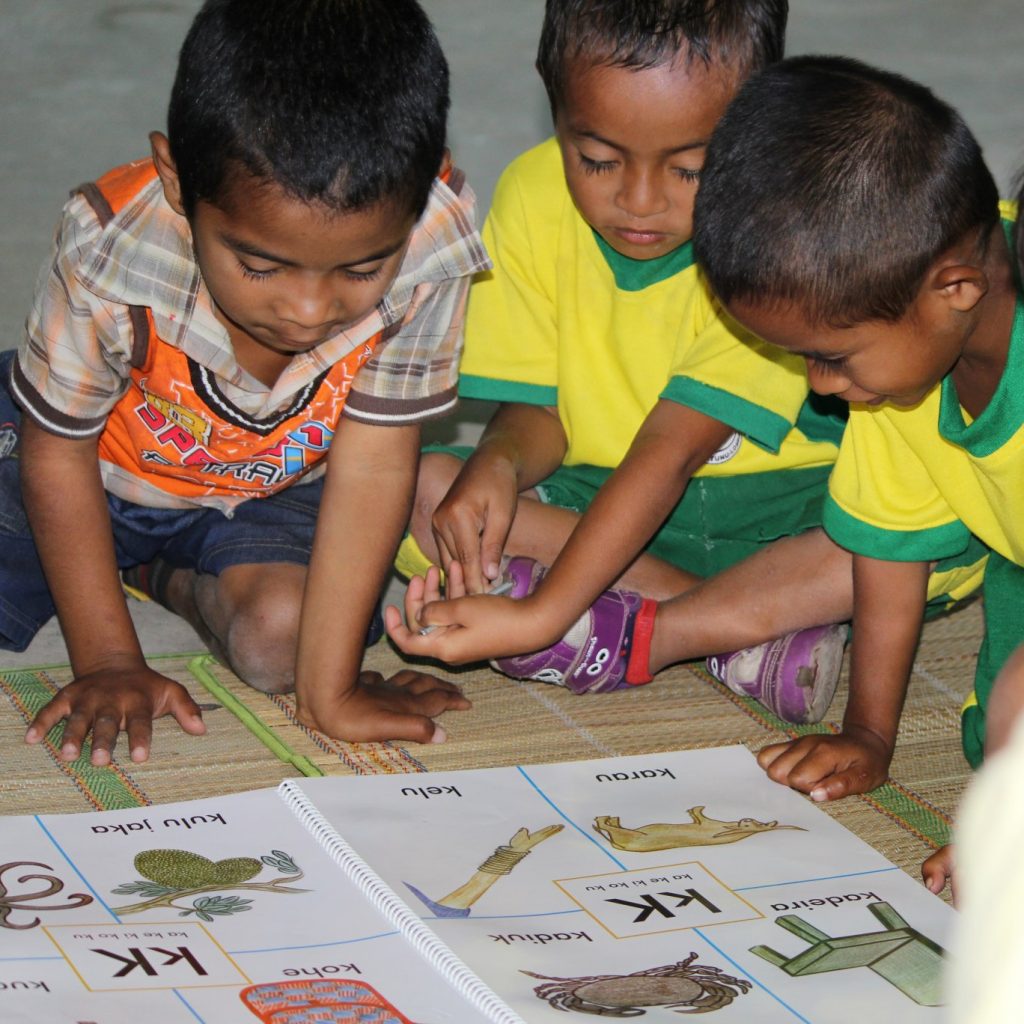 Roni with his friends at their early childhood development centre in Timor-Leste.

The early childhood development program, which began in Timor-Leste in 2006, focuses on building awareness of children’s developmental needs among parents and centre coordinators. Many parents from Roni’s community have received training to help them better understand their roles and responsibilities and how they can contribute to a child-friendly learning environment.

“I know this project will help the community because before the children had a centre they just stayed home,” says Sonya da Silva Ximenes, the volunteer ECD coordinator who receives ongoing training through ChildFund. “I am happy and hopeful about my work as an ECD teacher!”