Helen Michael lives with her husband and eight children in one of the most dangerous cities in the world, Port Moresby in Papua New Guinea. The family live in a makeshift settlement where there is no running water or electricity. Their tiny one-room house is made of tin sheets and has a dirt floor.

Helen’s life changed forever in 2011 when in a random, violent attack she had her bottom lip bitten off by a male assailant. Her husband heard her screams and helped her fight off her attacker. They got him to the police station, but he was released without charge a few days later.

“I asked the police what has happened to this man and they policeman said there was not good enough evidence so they released [him]. So I just stood in front of the station and I cried,” she says.

Helen could not afford surgery to repair her injured face so every day she would wear a large bandaid on her mouth. It would sit across the hole where her bottom lip once concealed her lower teeth. That was until October 2013 when, with support from ChildFund PNG and Interplast Australia and New Zealand, she underwent plastic surgery to reconstruct her lip.

Despite her horrific attack Helen has not been silenced. “I don`t want violence against women today,” says Helen. “I want these women who are experiencing this violence to come out, and we can join our hands and we can fight for our women’s rights.”

Helen is now a well-known advocate for women right`s in PNG. In November 2014 she even spoke at PNG`s Parliament House against gender-based violence (pictured above). 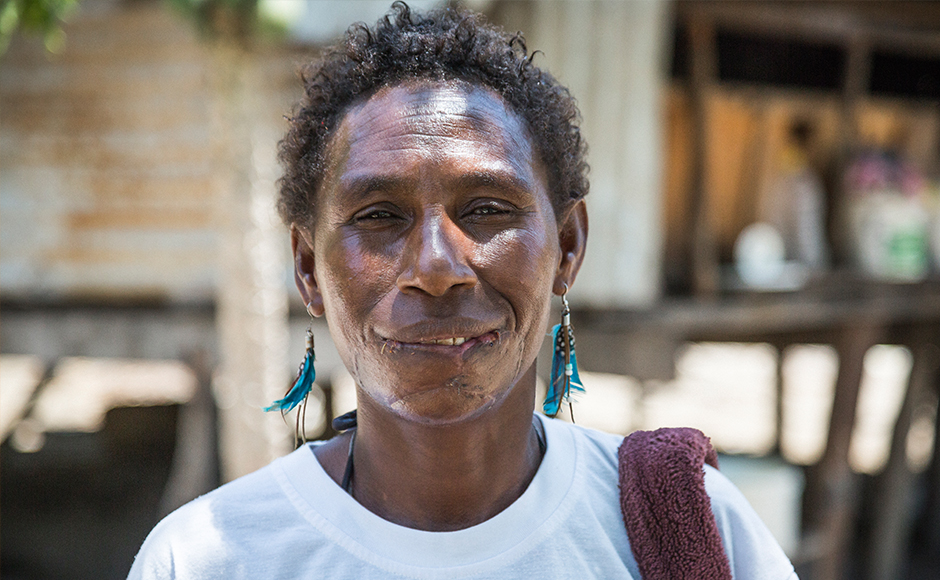 This is Helen’s story in her own words