Venerable U Tayzadipati (pictured above) is a senior monk and founder of a street children’s refuge in Sagaing region. He set up the centre in 2009 after he become concerned for the plight of the growing number of street children in the community.

“It is not so different here from other towns but it has more street children because of the railway station. People arrive here by train from Mandalay and Yangon,” says U Tayzadipati.

“Many poor families moved here after they were pushed out of slums in the bigger cities. Some are involved in prostitution, drugs and crime.”

U Tayzadipati approached local schools about taking street children but the schools refused as they were concerned about behavioural problems and age differences between street and other children. So he decided to set up a centre for non-formal education.

“The children are unstable, in terms of their physical, emotional and psychological wellbeing. Before they come to the centre, most of the children, some as young as five, have been working,” he explains. “Many develop bad habits such as drinking, smoking, sniffing glue, fighting and stealing.”

When the children first arrive at the centre they are often tough and hostile. “On the streets they have to protect themselves to survive, so when they come here they are aggressive and fight most of the time. Because of their situation, every child holds weapons when they come here. They do not trust anyone. It is only after a year of being here that they let go of their weapons.”

U Tayzadipati and his team are very patient with the children, especially in their first year at the centre, but they do have rules they must obey.

“They must take responsibility for cleaning, cooking and gardening in the morning. The children take it in turns to do these tasks,” he says.

“We tell the children: if you want to participate, you must stay the whole day. You cannot go out. Otherwise there is no food. Little by little they understand and change their bad habits.” 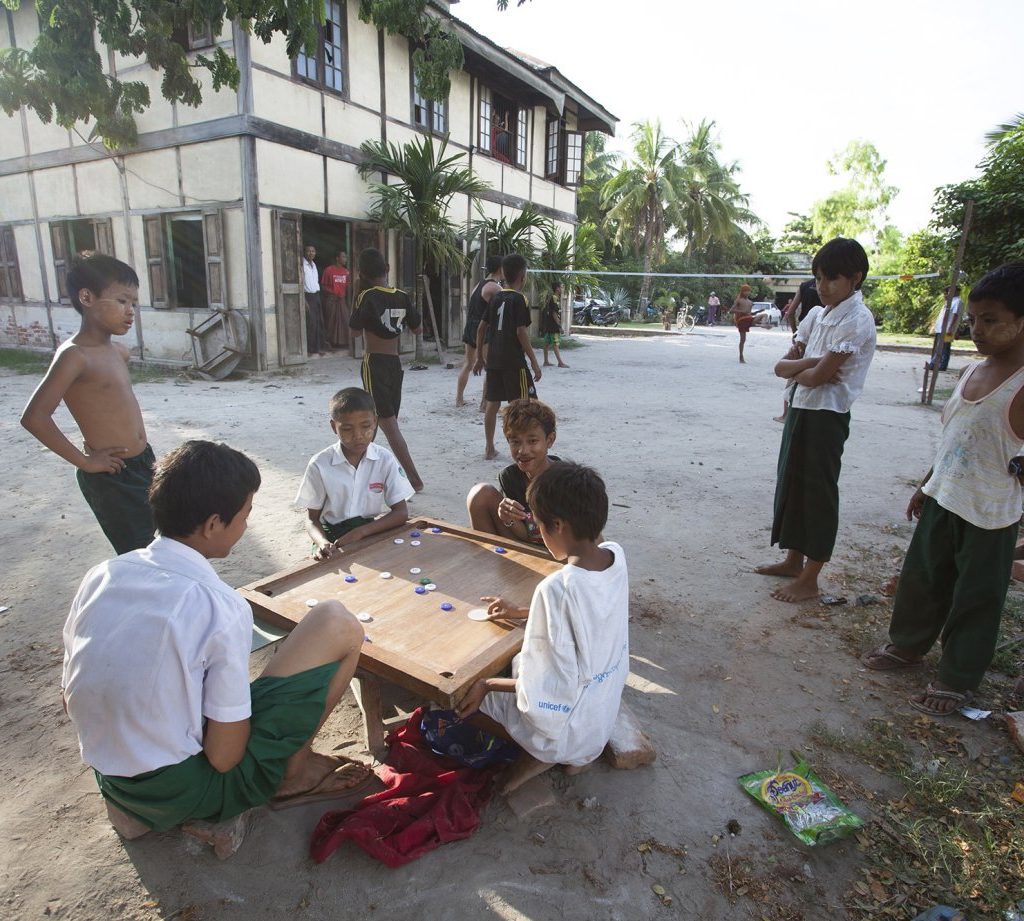 Children playing at the centre.

But, it is a long road for these children. “Although we think they have changed, they can revert back easily. Sometimes they are affected by what they hear said about them.

“Recently there was a boy who tried to commit suicide. He was a glue sniffer and other children said bad things about him. He lost all his self-esteem and became depressed.”

The refuge tries to provide things that the children are interested in such as music and instruments.

“When they come here first, many of the children know in total less than 100 words. In their world they have little vocabulary.

“It takes a long time to teach them so we let them listen to music and watch music videos and movies as much as they want. They become rich in vocabulary and start to consider the meanings of words,” he says. “Slowly they discuss among themselves and talk about it.

“It is through entertainment that they are developing their learning.”

ChildFund helps support this centre, where around 50 homeless children and youth live permanently, and another 200 come and go. Learn more about the work of the centre here.