I hand-deliver letters to sponsored children

Can you imagine walking five kilometres to hand-deliver a letter? Our Sponsor Relations Volunteers (SRV) spend countless hours travelling to remote villages to collect and deliver sponsor letters. They truly are the unsung heroes of ChildFund’s sponsorship program. Huyen has been working as an SRV in Bac Kan province, Vietnam for the past 10 years. This is her story.

I grew up in a family of nine children living in Bac Kan province, Vietnam. Although my father worked for the government, my family was still very poor. One of my sisters worked far away from home to earn money to take care of me. Despite this, we often did not have enough food to meet our daily needs and all we usually had to eat was cassavas, which is a starchy, edible root.

When I was young I had always dreamed of going to college and working abroad, like my brother living in Russia. However, when I finished 12th grade, life in Vietnam was particularly difficult and I was unable to find a job. Shortly after this, I was married.

Even though I never achieved my dream, I became an active member of my community. When ChildFund started work in Vy Huong commune in 1999, I was part of the Vy Huong People’s Committee, responsible for population, family and children issues.

I began to bring my baby to the place where ChildFund provided children with nutritious rice porridges for their growth and development. I immediately felt that ChildFund could truly bring meaningful change to my community and I knew that I wanted to be a part of this change.

In 2002, I became the leader of the Sponsor Relations Volunteer team in Vy Huong. I was very happy to be volunteering for ChildFund but my job certainly did not come without its challenges. At the time, child sponsorship was a completely new concept in my commune and many parents did not understand what it was. I spent a lot of time answering their questions about what sponsorship meant for their children and family. However, it was not long before they could see the benefits all around them.

In my first couple of years working for ChildFund, I had to walk to each sponsored child’s house in the commune to speak with them and their families, and to collect and deliver letters. We had to travel a very long way (4 to 5 kilometres) to each household and as no one in the commune had telephones at this time I could not contact them prior to see if they were available. Sometimes, when I came to a household and nobody was home, I would have to make the trip back to their house later.

A few years later ChildFund equipped us with bicycles for our journeys. I will never forget riding to Coc Thoc village for my monthly visits. Coc Thoc was the farthest village in my commune. It took me at least half an hour to ride to households there. Sometimes, it was raining so hard and without proper roads the ground would be so muddy that I would have to walk to the households and push my bike alongside of me.

Despite the challenges, when I think of the positive changes that have occurred in Vy Huong over the past 10 years, I feel very happy and proud. 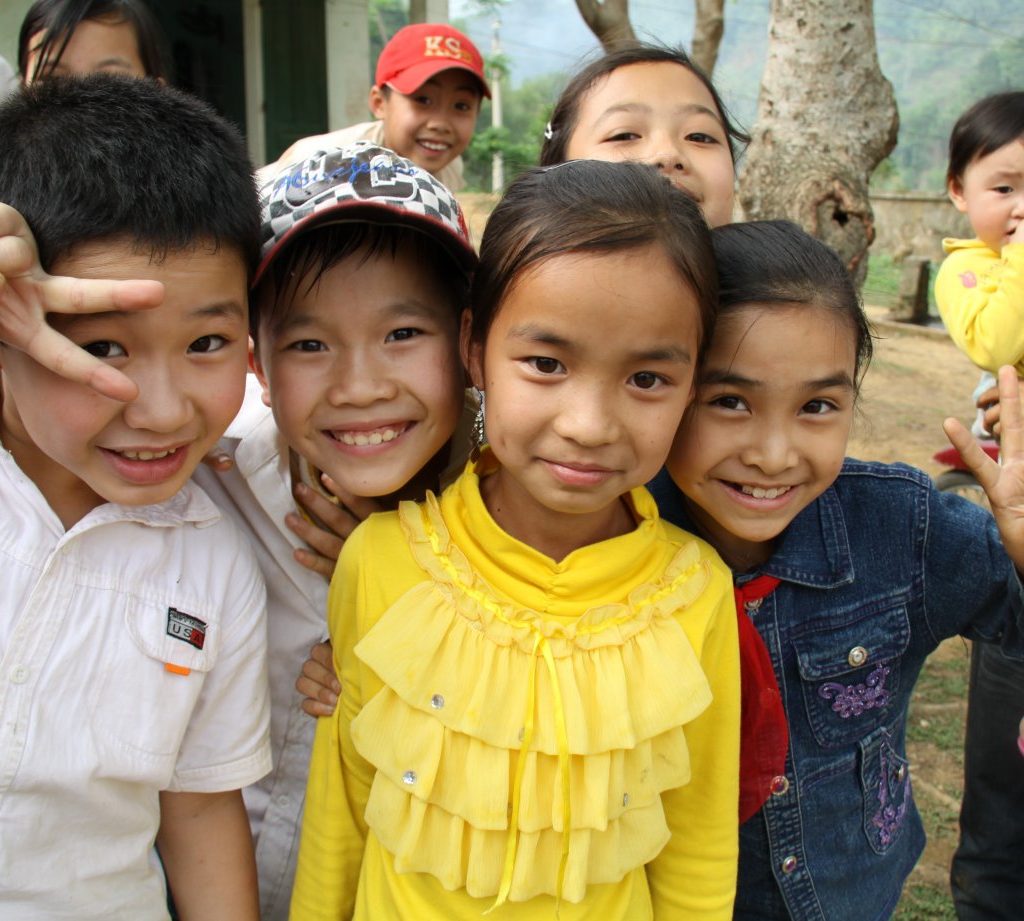 For children here, sponsorship means they have the opportunity to develop themselves, achieve their dreams and contribute to their community in the future.

Before ChildFund came to Vy Huong, it was a very poor commune. There was a critical need for water and sanitation facilities. People did not have their own toilets and children were often ill due to poor hygiene. Now, almost every household in the commune has a bathroom and toilet, and sanitation and water facilities have been constructed in schools.

Before, our irrigation canal system was made of soil and was easily damaged in heavy rains, which left families without a secure source of food and income. Now, we have an effective concrete cement system which provides a stable source of water for crop production.

Before, classrooms were small and in bad condition. Parents had to make bamboo chairs and tables themselves for the children to use at school. Children never attended school before the age of five and even then there was a shortage of teachers. Now, we have new primary schools and preschools and children have proper learning and playing equipment at their schools. Now, 100 per cent of children in the commune go to preschool from the age of two years.

I still remember when I gave birth to my first child; I did not know how to protect myself and my baby during my pregnancy. Mothers delivered their babies at home with no care from doctors or nurses. We did not consider it important to get monthly check-ups. Now, we have new health centres and it is clear that local mothers’ awareness of motherhood, child health care and nutrition has been improved through training sessions.

This is what ChildFund has done for my community.

Every day I meet people who motivate me to keep working hard to help improve the lives of more and more people. I hope that the child sponsorship program will continue in Vy Huong commune. For children here, sponsorship means they have the opportunity to develop themselves, achieve their dreams and contribute to their community in the future.

In 2013, ChildFund is celebrating 75 years of working with children around the world. We are marking this anniversary by sharing personal stories throughout the year from the children and communities we work with, our wonderful supporters and our dedicated staff here in Australia and overseas. Please share them if you find them inspiring!