The importance of mental health programs for children and youth

The theme of International Youth Day this year centres on Youth and Mental Health. It is a critically important angle as the mental health of children in developing countries is often overlooked. Yet we know that one in five young people globally experience some form of mental illness.

In aid and development programs, the focus has typically been on the physical needs of children – food, water, shelter – which, of course, are vital. But in countries where children experience extreme poverty, are exposed to multiple risks and where child protection systems are lacking, it is imperative that programs address both the physical and mental health needs of traumatised children and young people.

On a recent visit to the country, I spoke with children, teenagers and staff at a ChildFund-supported street children’s refuge in Sagaing Region. Around 50 children and youth live at the centre permanently, while another 200 come and go. Street children, who rely on begging, domestic work, prostitution and rubbish collecting to survive, are exposed to danger on a daily basis and are at high risk of being abused or trafficked. Children here told their stories of living on the streets from as young as five.

Without adequate mental health care and support, these children are more likely to grow up with significant emotional and psychological problems, and will find it difficult to function as parents, income-earners and members of their community. Yet I was pleased to see the care and support the children are receiving at the refuge is not only addressing their basic physical needs. There is also a significant focus on their emotional and psychological health through activities such as meditation workshops, art, music, counselling and team sports. These programs have been critical in helping young people at the centre restore trust, build confidence and regain hope for the future after a life of abuse and exploitation at home and on the streets. 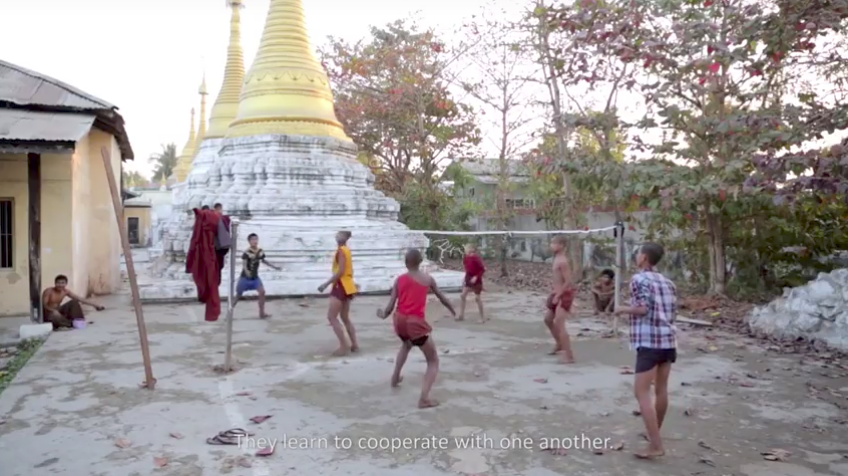 Children and youth at this street children’s refuge in Myanmar begin to heal through activities that address their emotional and psychological health, such as art, music, counselling and team sports.

Recently I met with Dr Gladys Mwiti, one of the few clinical psychologists in Kenya who is leading the charge for greater focus on children`s mental health needs in Africa. She worked with traumatised children during the Rwandan genocide and, more recently, as ChildFund Kenya’s expert advisor, provided child counselling support for children and youth impacted by the food crisis in the north.

Dr Mwiti pointed out that funding is a key issue. Donors are slow to recognise the importance of funding mental health programs in Africa. Awareness of the need is growing but it is not as tangible as building a school or addressing physical health needs.

She also noted that people in the West frequently misunderstand the form of psychological intervention she is advocating as it does not fit the typical image of Western clinical practice. From her point of view, ‘community psychology’ must happen at many levels – not only training people to be professional counsellors and psychologists, but working with parents, teachers and caregivers to listen deeply and respond with acceptance to traumatised children, as well as identify certain symptoms that could indicate more serious underlying issues going on with their kids.

It is critical that these community structures be recognised and strengthened in the countries where we work – to ensure children are listened to, protected, and provided with the physical and psychological care they need. In parts of the world where chronic poverty, war and family breakdown leave millions of children traumatised, the need could not be greater.

12 August marks International Youth Day, the theme of which this year is Youth and Mental Health. Join the conversation online using #IYD2014 and #MentalHealthMatters