The knock-on effect of sponsoring a child

I am a community and youth worker from Tasmania who has two teenage sons – Ziggy and Oliver. My husband and I have been sponsoring children through ChildFund Australia for the past 15 years.

We decided to sponsor in Indonesia because it so close to our home here in Australia – that is when we were introduced to a young Jefri. He is now 22 years old and we have been sponsoring him for 11 years.

This year we decided to combine a family holiday to Bali with a visit to meet Jefri. Despite a blackout at Bali’s Denpasar airport which caused havoc and almost made us miss our flight, we arrived safely in Sumba, where Jefri and his family live.

Sumba is an island in eastern Indonesia with a population of less than 700,000 people. It is one of the poorest islands in Indonesia.

As soon as we arrived in Sumba we felt a change in the atmosphere, Sumba is very quiet and slow-paced compared to busy Bali. At the airport we were met by Tetus, the local ChildFund program manager, and Iman, who was to be our interpreter for the trip. As we weren’t scheduled to meet Jefri until the next day, Iman asked if we would like to come with him to a service at his church that evening.

I think he was happy to show us off to everyone at his church – we were treated like rockstars, which was very strange! They seated us right at the front of the church and after the service everyone wanted photos with us – the young girls from the community even asked for photos with our boys!

The next morning Iman picked us up again and took us to the local ChildFund office where we met Jefri and his mother. It was lovely to meet them both. Jefri is a quiet and serious young man but it was wonderful to talk with him and to meet him in person after sponsoring him for such a long time – he has definitely grown up.

Jefri and his mother gave us beautiful hand-woven handicrafts which we all loved. In return we gave him an AFL ball and a cricket set. We decided to go outside and teach him how to play cricket and to kick the strange-looking football around! 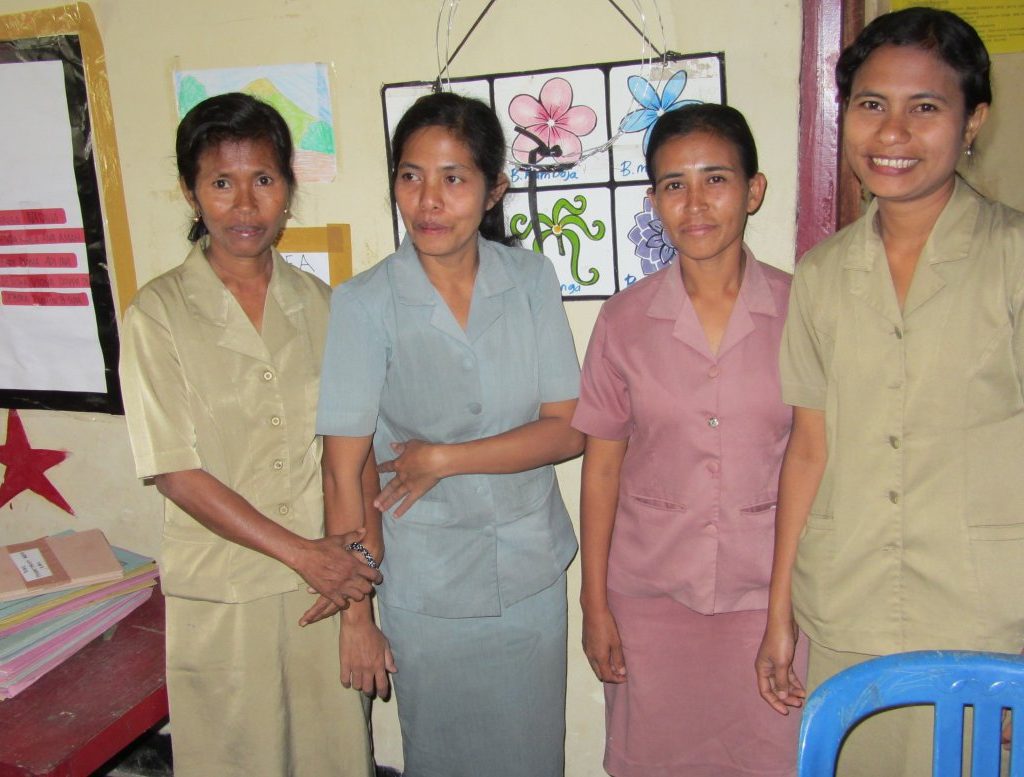 We then drove to his community, which was a long hour and a half trip through the mountains. We had the opportunity to visit two schools which are supported by ChildFund. It was lovely to meet the teachers at the schools – one of the teachers even told us that she had been sponsored through ChildFund as a young girl.

I think for my boys seeing the schools really showed them how poor this area of Indonesia is. They compared the schools they saw to their own school back home – there was a world of difference between them. The ingenuity of the teachers was really wonderful to see, they use locally sourced materials, such as corn, as learning aids for the children.

We finished our day at the beach where we had the chance to play some more cricket. I had a great time meeting Jefri. It really made our sponsorship that much more real and tangible. I can now visualise his community and his day-to-day life in Sumba.

Jefri is currently studying science at a university in Jakarta. He told me that once he finishes his degree he wants to come back to Sumba and teach science at his local school. I am so happy that Jefri’s sponsorship means he not only is able to finish his own education but he will also have the chance to help improve the lives of other children in his community – sponsorship truly has a knock-on effect.