Language is no barrier for children

Ian and Chris, both doctors, have been sponsoring Hilda for over eight years through ChildFund Australia. The couple says: “Once we had children of our own we wanted them to relate to a child of their age and sex that they could help.”

After much consideration the family decided it was about time they met the beautiful young girl that they had been corresponding with for so long. Ian and Chris wanted to give their daughters, Zarli, 9, and Xabby, 7, an opportunity to experience firsthand “how many people in the world live and why they should help others less fortunate”.

The family of four met ChildFund staff in Tegucigalpa, the capital of Honduras. Together they travelled about three hours through steep mountains and dusty roads to get to the village where Hilda and her family live.

The first stop was to her school where they were greeted by the elementary school students waving Honduran and Australian flags. It was here they saw Hilda and her family for the very first time. The Dickinsons were the first foreign visitors the school had ever hosted and excitement was visible on all of the children`s faces as they sang and performed dances.

Zarli adds: “It is very impressive to know they walk long distances to attend school.”

In the months prior to their trip, the Dickinsons had gathered school supplies from friends and family to bring for Hilda`s classmates. They really could not have brought a better gift for the children, who were very impressed with their generosity.

The family continued their visit through Hilda`s community. “I must admit I was shocked about the poverty endured by Hilda and her family,” Chris states. Even the girls started to realise to a larger extent how different their lives were when asking about Hilda`s toys. Zarli and Xabby were very excited to give Hilda and her family all the things they had collected for them. They quickly handed them out and proceeded to explain how certain things were meant to be used.

When it was time to go to lunch, the girls walked hand in hand – it was hard to separate them to get in different cars!

The two families had to travel two hours away to reach the nearest restaurant. When finally they arrived, the Dickinson girls couldn’t be happier to reunite with their new friends. This was also the first time Hilda´s family had left their small village so everything was new and exciting for them. 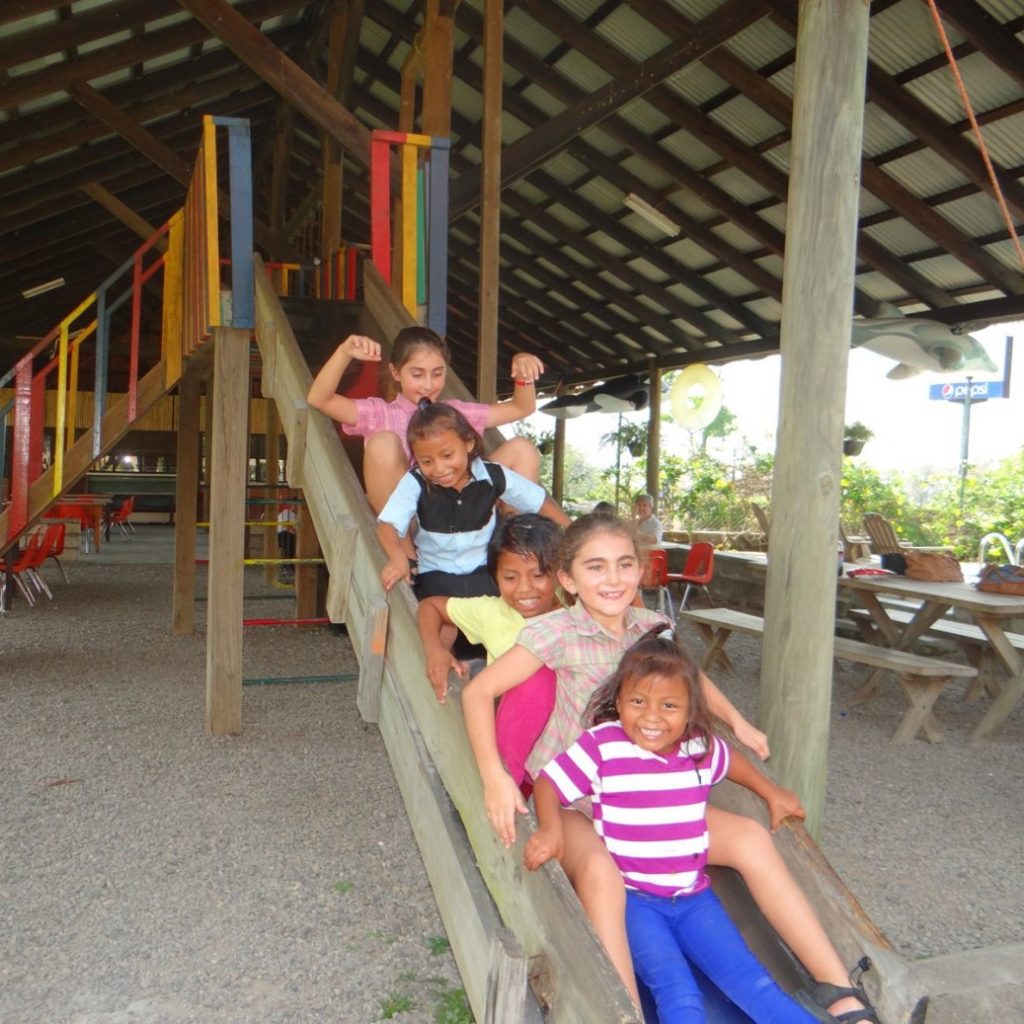 Hilda (in yellow) and her sisters enjoying a playground for the first time with Zarli and Xabby.

After lunch the girls headed to the nearby playground. When Zarli and Xabby found out that Hilda and her sisters had never been in a playground before, they made sure the girls had a great time. No words were needed to communicate; the girls had permanent smiles on their faces and radiated joy.

“I was so happy that all the girls played together so nicely. I couldn’t believe Hilda and her sisters had never seen a playground. I loved seeing the joy on their faces as they realised how much fun they could have there,” says Chris.

When it was time to leave, the girls hugged not wanting to let go – they had made lifelong friendships.

“I would like others to know about how rewarding this trip was, and that you can know about poverty and see it on TV and during your travels, but it is so different when it is a family close to your heart because you have sponsored them, received letters and photos from them, and feel like you know them,” says Chris.

“It was also very interesting to learn about the programs that ChildFund does and how they spend the money donated to help communities. I have always felt confident that the donated money is put to good use and now I’ve seen firsthand just how it helps.”