ChildFund Australia has today launched an appeal to help hundreds of war-affected families in Uganda leave their brutal past behind and rebuild their lives.

For 20 years, children and their communities across Northern Uganda were terrorised by the Lord’s Resistance Army (LRA), a rebel group led by Joseph Kony. Having fled Uganda in 2006, Kony received worldwide attention last year when a video about the LRA’s atrocities went viral.

At the height of the conflict, most of the population of Northern Uganda – about 1.5 million people – were forced to relocate to Government-run camps because it was not safe to stay in their homes, particularly at night. The LRA frequently attacked homes and villages, murdering parents and abducting children.

ChildFund has been working with children and their communities in Northern Uganda for many years. During the conflict, ChildFund responded with programs in some of the worst-affected districts of Pader, Gulu, Lira and Soroti, providing child protection and psychosocial support to thousands of children living in the camps.

In the early years following the crisis, ChildFund focused on reintegrating former child soldiers with their families and communities, as well as promoting the protection and wellbeing of many other children affected by the war.

Now our work has shifted to helping hundreds of families rebuild their lives. The Uganda Community Recovery Program will re-establish agriculture, livestock and poultry production. Young people will be given vocational training and business skills in areas that interest them and provide services to their community, such as carpentry, masonry, hospitality and hair salon management. The program will also establish village savings and loan associations to give people access to low-interest loans and the opportunity to make immediate improvements to their lives.

ChildFund Australia CEO Nigel Spence says: “Given the massive number of people who were displaced and the devastation of land, livelihoods and infrastructure, the process of returning home has been slow. However, in recent years Northern Uganda has undergone a significant positive transformation. Families have left the camps and returned to their homes. More than 12,000 former LRA fighters and abductees have left or escaped the group and returned to their communities. Land has been cleared of landmines and farming is once again possible. With support, families and communities in Northern Uganda can rebuild their lives and recover from their brutal past.”

You can learn more about this work by watching this video. 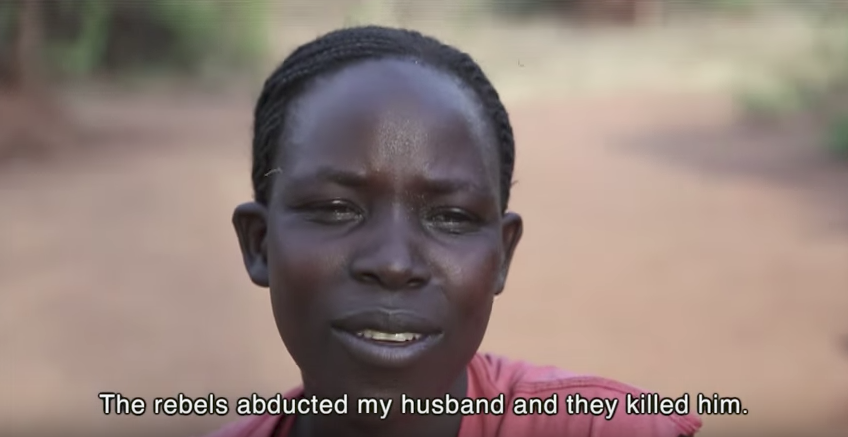 For 20 years, children and their communities across Northern Uganda were terrorised by the Lord’s Resistance Army (LRA), a rebel group led by Joseph Kony.