Meeting Benedict was an unforgettable day

This year I had the wonderful opportunity to meet Benedict, the young boy from the Philippines I have been sponsoring for the past four years.

I planned a two-week trip. First up was three days in the capital, Manila, then a flight to the region where Benedict lives. Unfortunately, the day before I left for my trip, my flight to Benedict’s area was cancelled. With Benedict living nearly 500km away from Manila, I almost had to cancel my visit to meet him, but I am glad I didn’t because it truly was an unforgettable day.

My short 40-minute flight was replaced by a 10-hour overnight bus ride, which was interesting to say the least.

After checking in to a hotel, I was met by the local ChildFund staff who told me I would be spending the day at a Kids’ Camp. I was quite surprised about this as I had never even heard of a Kids’ Camp before! The staff explained that they run a three-day camp each year for all ChildFund-sponsored children in the area to come play games and have fun in their school holidays.

When we arrived it was the last day of the camp and there were about 50 children waiting inside the front gate to greet me. They were holding up a big sign they had made, which said “Welcome Sarah Horgan”. I was definitely not expecting all of this for me. I felt like a celebrity!

Even though I only sponsor Benedict, all of the children were so excited to meet me. It was such a lovely experience to be a part of. Once we had all met each other, the show really began! All of the kids performed dances and sang songs that they had been working on. They also got me up to dance with them. While all the fun was happening, I sat with Benedict, his mother and his father. 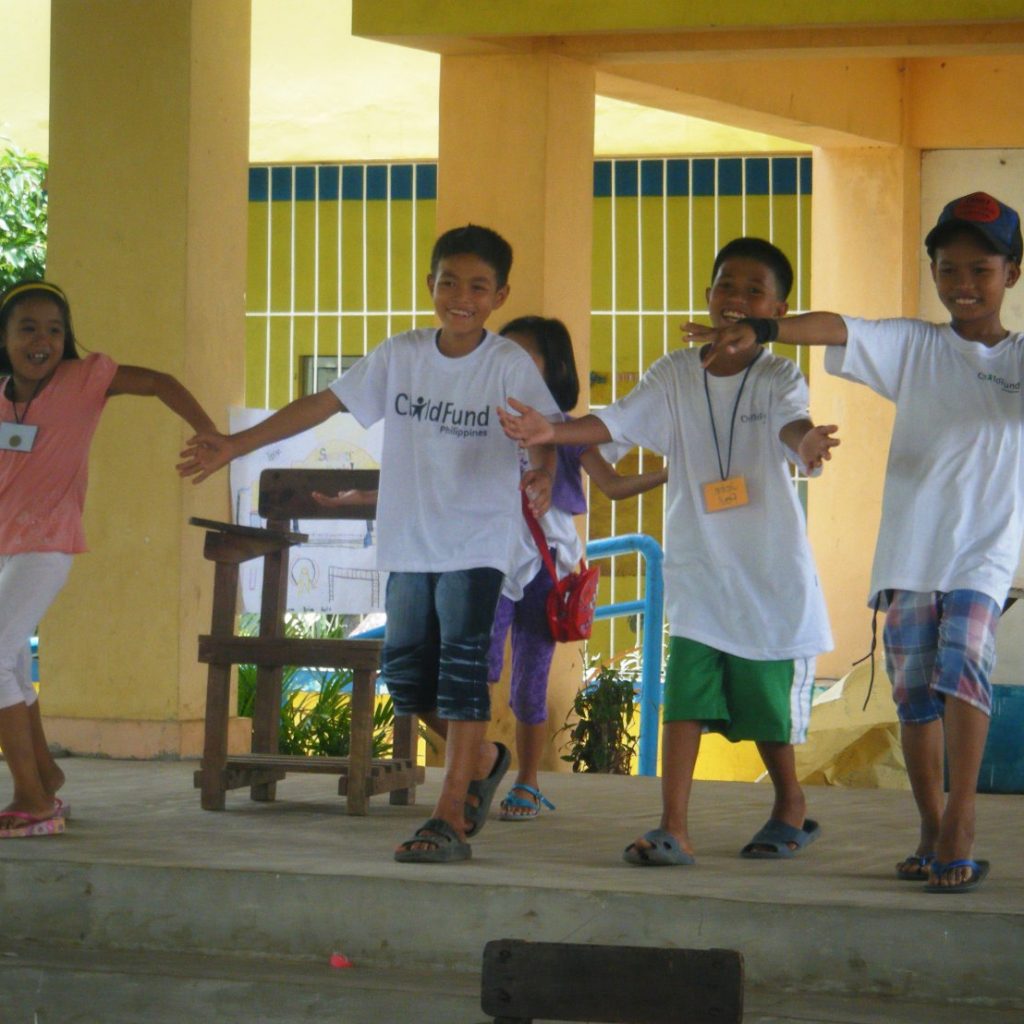 Children performed a dance for Sarah when she visited her sponsored child, Benedict, in the Philippines

After the routines were finished I was asked to get up in front of all the kids, Benedict and his family, and the ChildFund staff to make a speech.  I felt a little nervous as I walked up to the front of the playground and could feel all eyes on me, but I managed to say thank you to all of the children for making me feel very welcomed and that I loved their performances.

When all of the children went home I had a chance to get to know Benedict and his family a little better. Benedict was very shy so we didn’t get to speak too much but I could tell that he was really happy that I was there, as were his parents. Out of the corner of my eye I could see that Benedict kept looking at me and smiling, however, when I would look at him directly he would quickly turn away embarrassed. I think as a young 13-year-old boy from the Philippines he was quite overwhelmed to be meeting his Australian sponsor who he had been writing to for the past four years.

I spoke a lot with his mother who asked me many questions about me, my life in Australia and my trip to the Philippines. She even asked me if I had a boyfriend! I think they just wanted to know most of the things that I wanted to know about them. They were also very thankful for my sponsorship of Benedict. The time I spent with Benedict and his parents is very special to me.

To be there at the Kids’ Camp meeting Benedict face to face, feeling just how real my sponsorship of him is and being able to speak with him and his family, made it such a wonderful day. Now being back home in South Australia I am able to visualise him, his surroundings and his life, which really makes my connection to him feel much more tangible. To also meet all of the children at the camp just added to what was already an amazing day. It just makes you want to come home and sponsor more and more children from the Philippines. I just loved it!

If you are thinking about visiting your sponsored child, my advice to you is: GO! It is such a rewarding experience and well worth the trip. I think it is also great for your sponsored child and their family to see who you are and know you exist as well. It’s a memorable day for everyone that you will never forget.