There are more than one billion young people living in Asia today. In Cambodia alone, 56 percent of the entire population is made up of people under 25. ChildFund is helping to create opportunities for young Cambodians by establishing and supporting youth groups in rural communities. Through these groups young people have the chance to receive vocational training and skills in leadership.

Many have also been supported to start up their own small businesses using loans from the youth groups. It was this concept of finance that brought about an interesting learning experience for both ChildFund Cambodia and youth members in rural Kratie province.

In December 2012 a youth group was formed in a remote Muslim village in Kratie. It was the first time ChildFund had established a group in a Muslim community, so the challenges associated with introducing the concept of savings had not been anticipated.

Miss El Kori As, a leader of one of now eight Muslim youth groups in the district, explains, “It was very difficult for us at the beginning to explain to youth members and our Muslim community why we were doing it, because saving concepts and providing loans with interest is in contrast to our Islamic law. It is believed to be a sin for both the provider and the receiver of the loan.”

As a result, the group almost disbanded, with the youth leader abandoning the group and most of the members either not actively participating, or leaving without warning.

ChildFund staff listened to the concerns of the group and helped them to find a solution to their problem. After receiving training in problem solving, planning and reporting, and also having the chance to visit a successful savings group in another Muslim community, the youth negotiated with their village chief to come up with an innovative solution.

Together the group decided they would provide loans without interest. Instead, recipients of the loans would provide a donation which would be used to buy materials for the group and help poor families in the community. 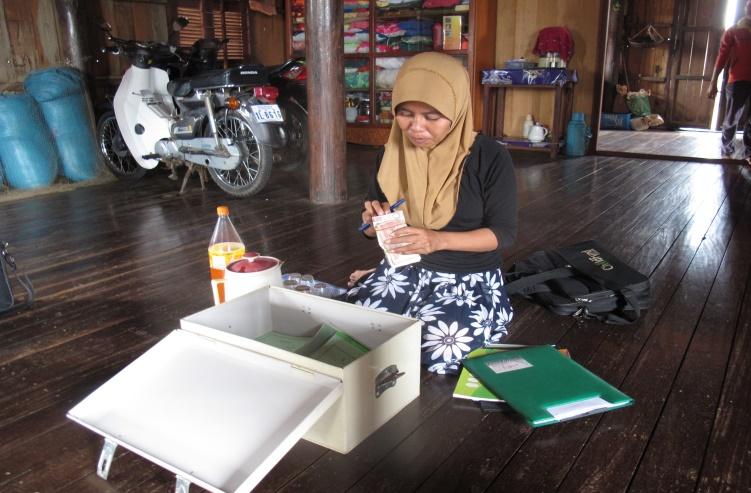 With this new innovative approach in place, the group is now successfully providing loans to aspiring young people to start their own small businesses while also helping others in their community.  As a result their group savings have increased dramatically from 75,000 Riel ($23) to 2,443,500 Riel ($757) as more and more members join the group.

“I am very happy that now our group is improving. Even though the money amount is small, it is our achievement and we have been using it valuably without needing outside loans services from a micro-finance institution,” says Ms Maron.