My babies need support to survive this drought

Eighteen-year-old mother Amina`s identical twin girls are just nine months old, but they’re not doing well. “They are not developing, they are malnourished,” says the first-time mum of Radia and Fatia, who are undergoing acute malnutrition therapy at a ChildFund-supported health centre in the Fentale district of Ethiopia“ a country in the grip of its worst drought in decades.

“There`s no water and there`s a shortage of foods,” says Amina, who gave birth at seven months pregnant. Her twins have never seen rain: “Now they`re nine months old and they`re not growing because of the problems they have.”

In addition to providing support to the health centre, ChildFund also provides Famix“ a fortified soya flour, rich in much-needed protein“ to help mothers like Amina, whose children are admitted to the Severe Acute Malnutrition inpatient therapy ward, in their ability to breastfeed. f100, a nutrient-rich therapeutic formula, is also given to children in the ward four times a day.

Sada is one of the clinical nurses caring for the twins at the centre, which identifies five or six new cases of malnutrition each day. “Their weight was below normal for their age, they cried all night, they had no appetite. They had lesions on their skin,” says Sada, who feeds and provides medicine to patients, as well as advice to parents on how to care for them. 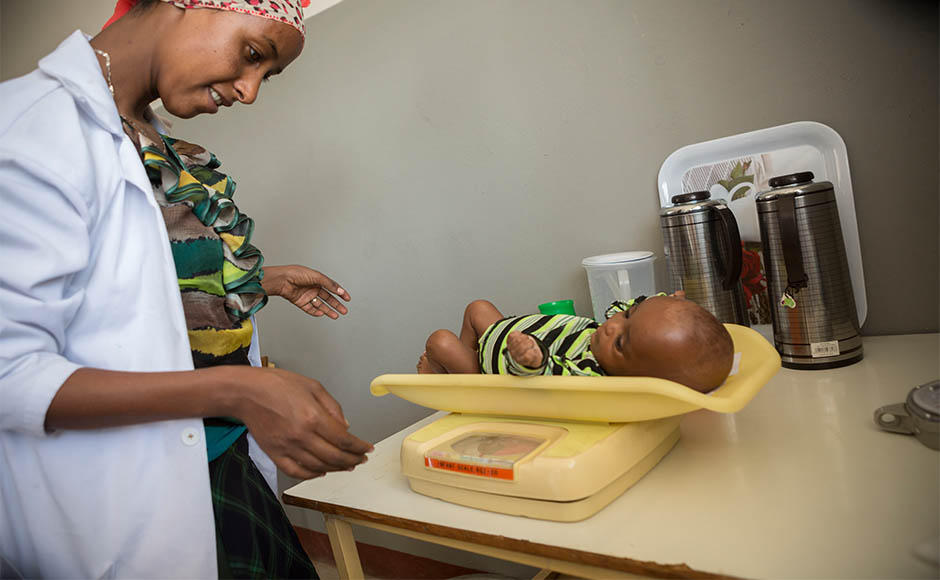 Photo: Clinical nurse Sada weighs one of the twins at the health centre, where she is the nutrition focal person.

A week into their treatment, “The twins have stopped coughing. They`re happy now,” says Sada. “They don`t have water in their village and they`re using water here now, daily. There is improvement, but they`re not gaining enough weight. If we continue with the f100, they will gain weight.”

Yet Radia and Fatia are just two of thousands of children suffering from Severe Acute Malnutrition, following two consecutive seasons of failed rains.

For mother-of-two Mirama from Fentale, “We are without proper food right now. I am scared that in the future Abdi will be affected by malnutrition,” she says of her week-old son.

“Our staple food is maize and we can`t grow it if there is no rain. Due to the drought, we are not able to grow any crops. Our livestock in the village have been unable to reproduce, so we`re left without any money now and no food this year.” 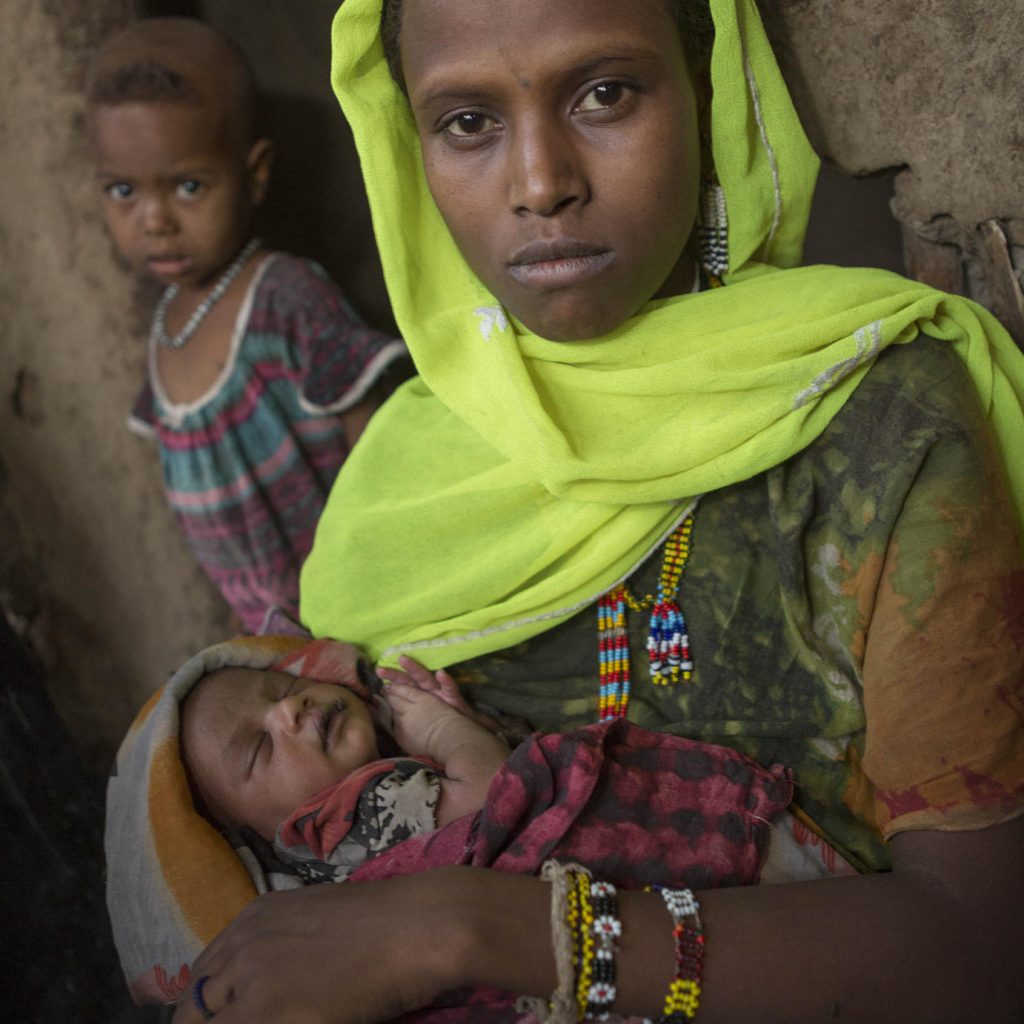 Photo: Mother-of-two Mirama is scared for the future of her family

She adds, “I`m not able to produce enough milk for Abdi. We eat maize porridge once a day and that is not enough for me to make milk. My baby is not getting enough milk and he cries all day. We suffer a lot.”

Working with the Ethiopian government, ChildFund Ethiopia and its local partner organisations in seven rural districts have been providing supplementary food and edible oil for 74,000 most vulnerable children and family members since October. ChildFund`s local partners are also supporting the government to provide blankets, sheets and mattresses to help health centres handle the growing demand, as more and more children need treatment.

Mirama, who received post-natal care from her local centre, reveals her daughter Angatu, 3, was also diagnosed with Severe Acute Malnutrition and treated in outpatient therapy. Angatu currently receives and eats Famix. Yet it is not enough.

“We need support because we`re highly affected by the drought. We need water especially,” urges Mirama, who travels two hours to collect drinking water for her family from a nearby village. “We eat maize porridge without oil. We`re eating once every day. That is what we live on.”