My return to Myanmar: 16 years later

I first visited Myanmar as a backpacker in 1997. Despite the oppressive regime that hung like a dark cloud, the country was utterly enchanting. It was Asia in a time warp: sleepy, beautiful and diverse.

On first glance, much has changed in 16 years. Returning for a recent ChildFund assignment, I found both Yangon and Mandalay have gleaming new airports connected to wide, freshly paved highways. Mandalay is a booming city, where vast billboards hang over congested streets.

But the spoils of the economic boom are far from evenly spread, as I saw when I visited my first ChildFund-supported project.

Not long ago, this monastic school in Mandalay was surrounded by rice paddies. Today it’s hemmed in by huge villas, in what is now an affluent outer suburb. The families that previously farmed the land but had no legal title have been pushed out. They now occupy tiny bamboo shacks, many hovering over fetid ditches.

The principal of the monastery, seeing the plight of the squatter children too poor even for state education established a school. It now buzzes with some 1,900 students, including many children from further afield. With the computers provided by ChildFund, it’s doing its best to prepare children for the challenges of the 21st century.

Poverty in Myanmar is starker than in much of Southeast Asia. Child labour is commonplace, whether in restaurants or on road construction.

Many families rely on daily cash wages that provide just enough to subsist. When a parent is unable to work, children are pulled from school or essential medical needs go unmet. The threat of hunger is never far away. 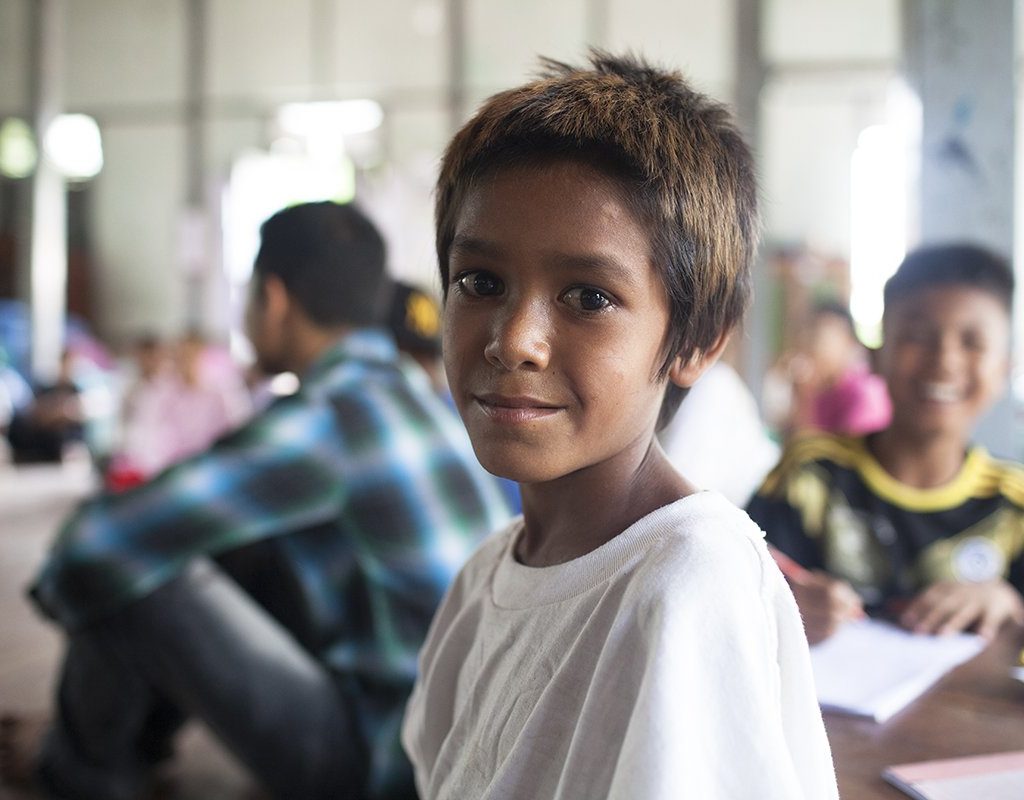 Grinding poverty fractures families too, leaving children vulnerable. 11-year-old Thet’s story would be familiar to many. After his mother died of a heart attack, his father turned to drink before being hit by a train. Rejected by his aunts, he lived on the streets of Mandalay, collecting rubbish and sniffing glue.

He arrived at a ChildFund-supported street children’s centre in Sagaing a few days before my visit. Thet Tun Nuang says: “I’d like to stay here as long as I can if the monks let me. I would like to be a teacher so I can educate children.” He left school in grade three.

The centre, located in a beautiful, crumbling temple complex, is a warm and friendly environment. U Tayzadipati, a senior monk and patron of the centre, knows that the boy could disappear back on to the streets at any time. But for now he has the hope of stability and some education.

It`s a fascinating time to visit Myanmar. As the country throws off decades of oppression, you can sense both the promise of a new era and the magnitude of the challenges it faces.