The dramatic impact my sponsor made

Duong grew up in a small rural village in the mountains of northern Vietnam. His parents planted rice and raised livestock to generate an income to support him and his two sisters.

“I was born in a poor village of Cao Phong district, Hoa Binh province. I lived in the mountainous region and travelled on dirt roads. The people there mainly do agricultural activities. Local infrastructure was weak back then,” says Duong. “My family was very poor. When we were little, my parents had to work hard to feed me and my siblings and send us to school.”

In 1998 Duong became a ChildFund Vietnam sponsor child. At eight, his life started to change when he began writing to his Australian sponsor Gordon, who decided to support a child in Vietnam. For Duong it was wonderful to have a friend who was so far away committed to helping a child in need.

“I felt very happy and excited to have a sponsor of my own,” he says. “I received many gifts from him including school supplies, toys and sports equipment. Those meaningful gifts not only gave me encouragement but also helped reduce the burden on my parents.

“[But] I believe the most valuable gift given to me was that my study was maintained and continued thanks to the regular encouragement from my sponsor,” he adds.

Education is a key part of helping children in need. Even as a small child Duong knew that he needed to work hard at school so he could have a bright future.

“I have been really focused on my studies since I was small. As a child, I wanted to set up a good business when I grew up so I could earn money to support my family and to contribute to local community development.”

ChildFund Vietnam began working in Hoa Binh, the province where Duong lives, in 1995 when he was just five years old. Over the past 20 years, Duong has watched his community transform.

“Child sponsorship has brought significant benefits to my community. We have improved infrastructure; concrete roads, irrigation canals and new schools. Now 100 percent of children in the project area are able to attend school,” says Duong. “People’s lives have been significantly improved thanks to the support in agricultural production.” 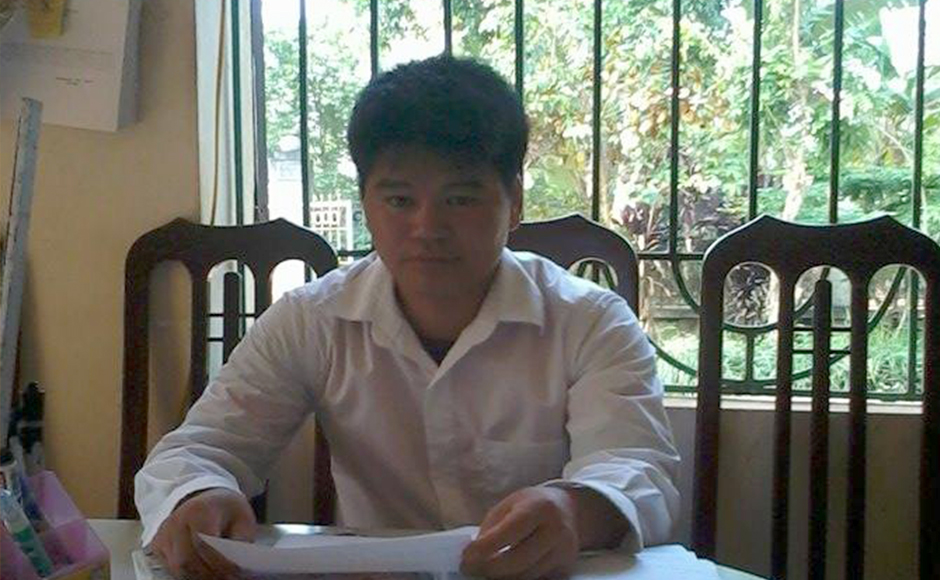 Former sponsored child, Duong at his office in his village in Hoa Binh province, Vietnam

Duong was sponsored by Gordon for 10 years until 2008 when he turned 18. In 2012 he graduated from economics training school and now works for the local Youth Union, which is led by the government and is the largest socio-political organisation of youth in the country. He gets great joy supporting other children in need in Vietnam.

“I wanted to work with young people, so I decided to work for the local youth union. I love to organise entertaining activities for children and youth in the local area, like Children’s Day events,” he says.

Duong is living that successful future he wished for as a child, and feels he has his sponsor for supporting a child overseas. “I want to send my sincere thanks to Gordon who sponsored me for such a long period. Thanks to you I’ve got what I have today.”