Myanmar crisis through the eyes of the most vulnerable

More than 500,000 refugees have fled Myanmar and crossed the border to Bangladesh, where ChildFund Australia and other members of ChildFund Alliance have partnered with ActionAid to provide urgent assistance to children and families in need of help.

Around half the refugees are children, some of whom arrived at refugee camps alone after being separated from their families during the journey to Bangladesh.

“The situation is critical, particularly for the most vulnerable members of the refugee population—young children, mothers and the elderly,” ChildFund Australia CEO Nigel Spence said.

“Uprooted from their homes, families have walked for days through jungle and over mountains, while others have made the treacherous journey by sea in wooden fishing boats. They are arriving at overcrowded camps with nothing but the clothes on their backs.”

“I had to run away to save my life” 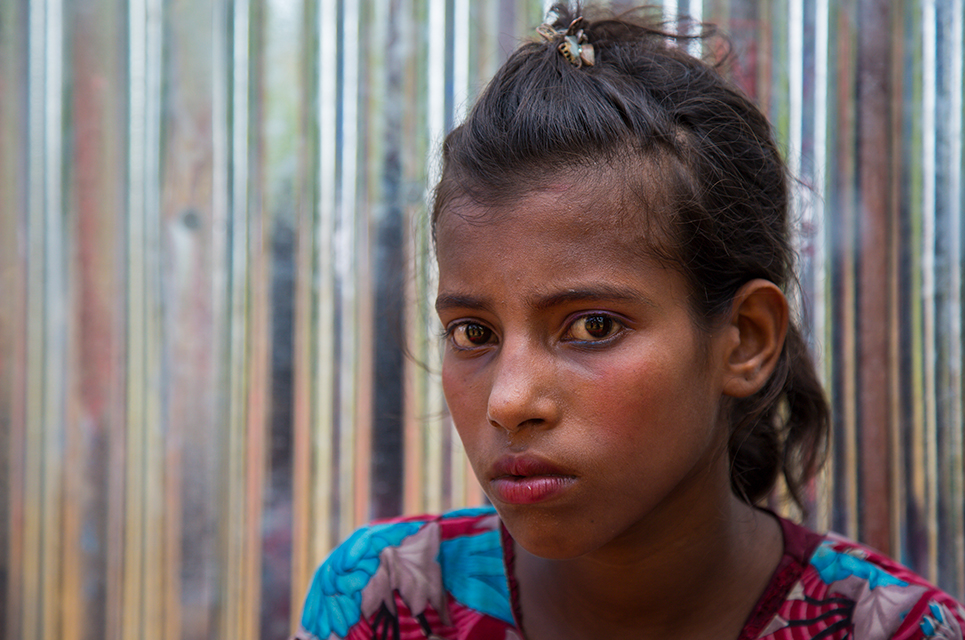 Taslima, age 10, and her four sisters arrived at a ChildFund-supported camp in Bangladesh following a five-day, barefoot journey from Myanmar.

Children are disproportionately affected by emergencies. Many of the children fleeing Myanmar, like 10-year-old Taslima, lost loved ones and abandoned their homes without any supplies.

Taslima and her four sisters arrived at a ChildFund-supported camp barefoot after walking five days with their uncle.

“I don’t have parents,” Taslima said. “My mum died after getting ill two months ago and my dad was shot dead. My dad was killed in front of me.  I saw the shooting.

“I had to run away to save my life.  In the crowd of people running, I saw my uncle and I came here with him.  My sisters ran with me.

“I couldn’t come here with anything. When I fled I only had the clothes I am wearing, not even a pair of sandals.”

The most basic supplies — water, food, a place to sleep — made the world of difference to Taslima when she arrived at the camp.

“I have pretty daughters and I feel worried for them.” 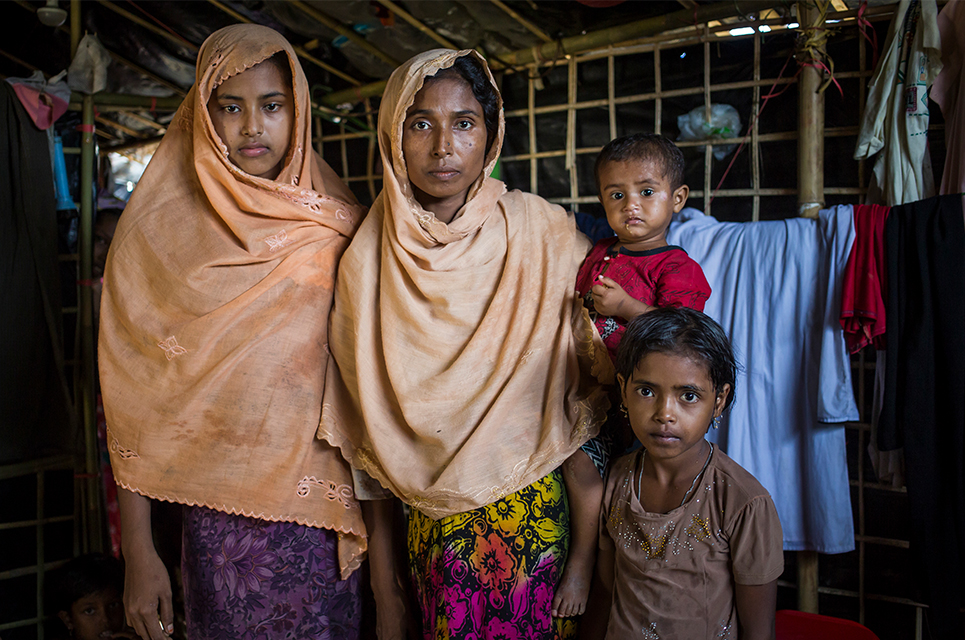 Amina (centre) fled Myanmar while heavily pregnant. She is scared for the safety of her daughters.

Amina, a 33-year-old mother-of-six, was heavily pregnant when she fled Myanmar and arrived at the camp in Bangladesh. While she is grateful for the support she has received, she is worried about her daughters’ safety.

“I feel scared at night. I have pretty daughters and I feel worried for them.  This house is flimsy and I worry that men might disturb us at night,” she said.

“Our daughters don’t go out at night here.  They go out during the day if they need to collect relief or go to the clinic.”

“I feel scared to go to the toilet alone but I still go.  I take my children with me.”

Existing camps in Bangladesh, one of Asia’s poorest nations, are ill-equipped to deal with this sudden influx, especially as the nation recovers from extreme and torrential monsoon rains. These have resulted in flooding, landslides and the devastation of local communities.

The refugees are in urgent need of food, water and sanitation, and shelter. Given the huge exodus from Myanmar, the systems on the ground are overwhelmed.

Without emergency aid, thousands of lives are at risk, particularly children who are most vulnerable to disease, exploitation and abuse.