Her small face appears from the yellow and blue sarongs that swamp her tiny frame.

Her hands, half the size of mum’s finger, are crossed over her chest, and the thick string bracelets on her wrists rise and fall as she breathes.

The bracelets are there to ward off bad spirits.

Since she was born two weeks ago, her family has been worried about her health. Amilzia’s been struggling to breastfeed and is losing weight. While this may be normal for newborns in their first week after birth, the little girl hasn’t shown the healthy and normal signs of regaining weight.

She’s a 2.3kg bundle of joy, but the situation is distressing for mum Rosa, who is already having difficulty producing breastmilk.

Amilzia’s grandmother Filomena has been visiting the pair at their home in Timor-Leste’s Liquicia district, to provide encouragement and support.

Great grandmother Natalia, who makes the long walk down from her home in the mountains, has also joined them.

All three women are worried Amilzia will become malnourished and won’t gain enough weight to receive vaccinations – if she’s lucky to get them.

They know there’s a chance the little girl might not survive.

But worry, at the moment, is all they feel they can do. When they’re not distressed or anxious about Amilzia’s future, they’re hopeful things will change. 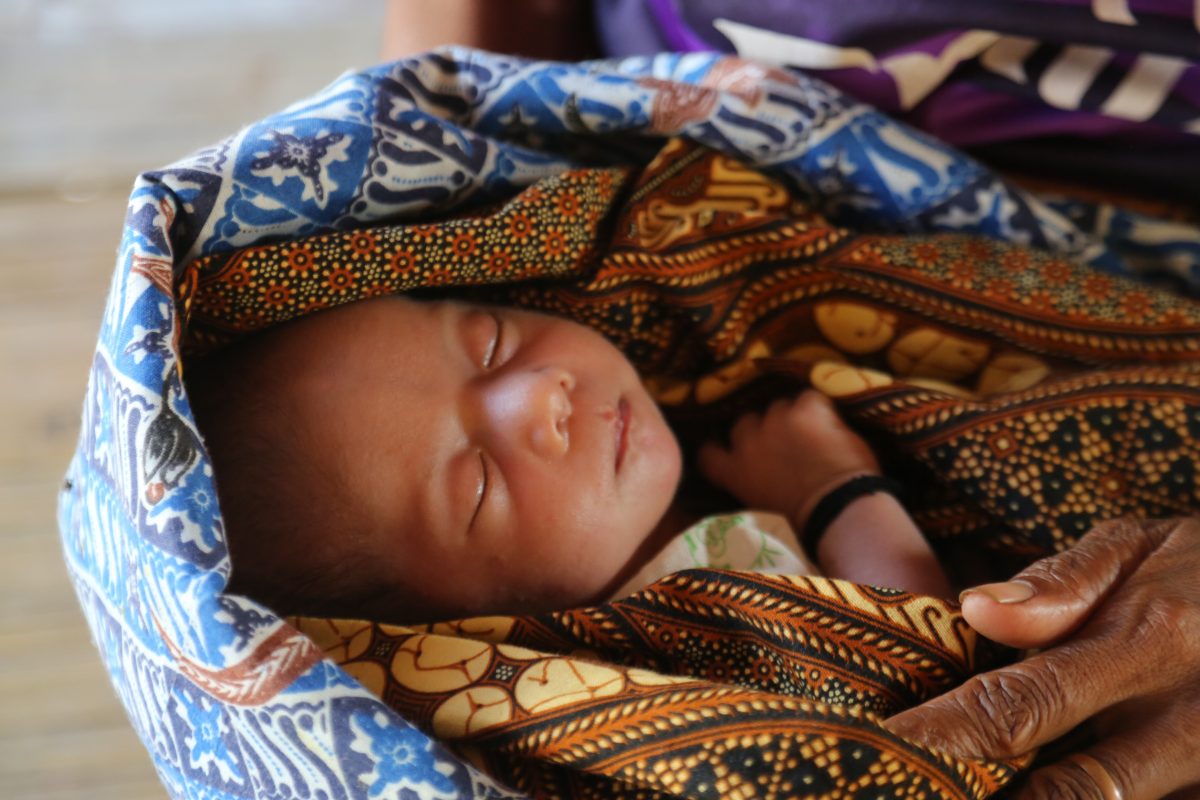 Two-week-year-old Amilzia is one of many newborns in Timor-Leste who are at risk of malnutrition and may not survive their first year of life.

At least mother and daughter have shelter. Their home is simple but it provides protection from the blistering sun and heavy rains.

Natalia, Filomena and her husband sold firewood by the side of the road until they could purchase bricks and concrete to build the house, which stands on the side of a highway.

Inside, Rosa and Amilzia have a table, some plastic chairs, and wooden beds with mosquito nets.

There’s not much else they need, says Rosa, except maybe some baby formula and bottles, in case Amilzia stops breastfeeding.

Running water would also be nice, so she can sterilise the bottles.

“My main worry is breastfeeding,” Rosa says. “I am worried she won’t survive.”

For a moment there’s a sense of helplessness from the first-time mother. In Timor-Leste, a country located only 673 kilometres from Darwin or just over an hour by plane, support and resources for mothers and their babies are rare.

One-third of child deaths occur in the first month of life, and more than 60 per cent in the first 12 months.

Malnutrition is also a significant issue in Timor-Leste. Children who make it past their first year may then go on to become the 58 per cent who grow up with severe stunting.

For Rosa, motherhood has been a distressing journey since day one.

She went into labour on a Saturday, which meant the health clinic next door to her home was closed.

An ambulance was called to take her to the next closest clinic – a three-hour walk away – but it never arrived, so through her pain and contractions she made the agonising trip by foot.

She didn’t want to give birth at home alone, and she was determined to give her daughter the best chance at life.

Now, she faces a daily struggle: keeping her daughter alive.

Despite the little milk she’s producing and Amilzia’s reluctance to breastfeed, Rosa says she’ll continue breastfeeding for as long as she can.

And maybe the bracelets will do their work, she says, and bring good spirits to their lives.

Help newborns in Timor-Leste, such as Amilzia, survive the most vulnerable period of their lives by supporting ChildFund’s End Baby Deaths in Timor-Leste Appeal.