From sponsored child to sponsorship coordinator

When Guadalupe, better known as Lupita, was about four years old, a woman from the United States sponsored her. But they had a communication problem because Lupita’s mother was illiterate. So, the four-year-old dictated her messages to a volunteer in her Mexican community.

This is a story of change, through the eyes of a sponsored child.

Lupita learned to write to her sponsor

But Lupita wanted to write to her sponsor herself, so she would trace and copy the letters one by one to form words that became sentences that eventually created a letter to her sponsor.

This was a couple of decades ago, and Lupita eventually was able to write for herself as her relationship continued with her ChildFund sponsor until she was 22. Over the years, she wrote about her community and herself.

The special relationship between sponsor and sponsored child

Her sponsor also sent Lupita $1 for Christmas, Easter, her birthday and the day of her saint. Lupita became known as the ‘dollar girl’ in her community, and that dollar was worth so much to her. It was enough to buy a piece of chocolate and also to boost her self-esteem year after year.

Lupita, who is now 26, is proud that when she graduated from ChildFund, her sponsor agreed to support another child in her community.

As sponsorship coordinator, Lupita sees herself in the children she now helps

Today, Lupita works as the sponsorship coordinator for one of ChildFund Mexico’s local partner organisations a few hours away from where she grew up. The children she now assists remind her of herself many years ago. Lupita manages a team of eight volunteers who work with over 600 children.

“Now, I help children who have difficulty writing to their sponsors,” she says. “I have to have a lot of patience to help as much as possible, just like I learned with the support of my sponsor.” Lupita hopes all of the children in the community will be sponsored one day so they can feel what she felt: the love, encouragement and support of a faraway friend.

Why it’s important for a child and sponsor to communicate

Communication between sponsors and sponsored children is very important, Lupita says, because you get to know people from other places that you never even imagined existed, with whom you can share traditions, customs, your way of life and how you are developing. Often, that person becomes a part of your bigger family.

“My sponsors always cared about what was happening in my life and always encouraged me to grow personally and academically,” says Lupita. “They always inspired my confidence and encouraged me to tell them my problems and said that they were there to morally support me.”

In addition to the emotional support she received through sponsorship, there was a definite developmental value to her experience as well. Through the various writing exercises and reading letters from her sponsors, Lupita improved her literacy skills and learned to write and express herself clearly.

“It was important because it taught me to write and to learn something new every day that I didnt already know, and then I wanted to learn as quickly as possible so I could write to my sponsors myself,” she says.

To this day, Lupita still has all of the letters, postcards and photos her sponsor sent her.

Change the life of a child by becoming a child sponsor

It only takes one person to change the life of a child forever, that person is you. Our child sponsorship program isn’t just a monthly donation, it’s a journey of change you’ll take with your sponsored child, and their family.

Learn how you can begin your journey with child sponsorship here, or read more about our program, and see all the meaningful ways you’ll interact and stay in touch with your sponsored child. 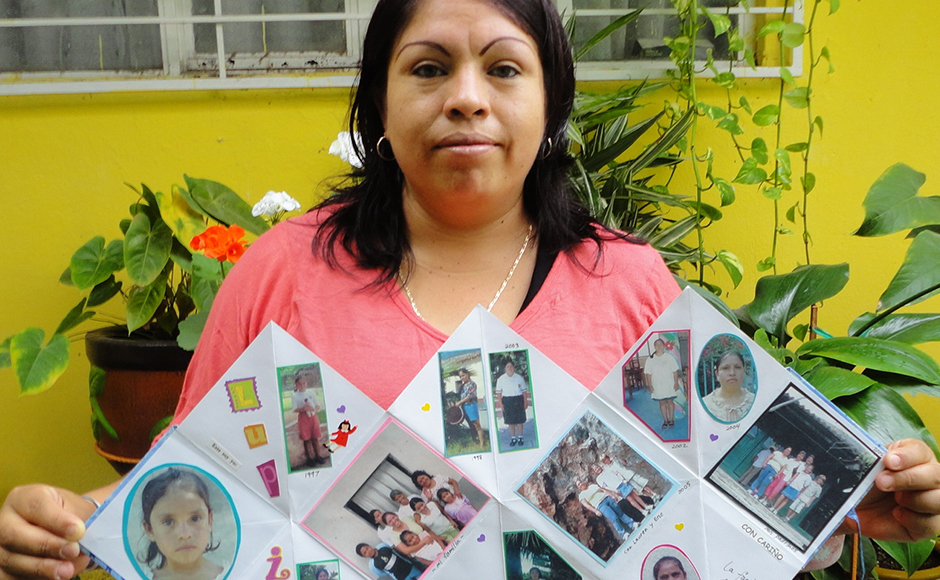 Now 26, Lupita works as the sponsorship coordinator for one of ChildFund Mexico’s local partner organisations