Following the launch of the Stop Violence Against Women and Children in Papua New Guinea report last year, ChildFund Australia has continued to support advocacy efforts on the issue of family and sexual violence in PNG, and secured funding to implement a range of programs to prevent violence and support survivors. On 2 December 2014, ChildFund hosted an event at Parliament House in Canberra to encourage further effort, collaboration and investment in initiatives to respond to this issue. ChildFund invited a number of people to speak, including Philma Kelegai from The Leniata Legacy. Her powerful speech moved and inspired us, and we wanted to share it with you in this blog post. Philma’s speech was preceded by a video, produced by human rights photographer and author of Crying Meri, Vlad Sokhin.

On 6 February 2013, Kepari Leniata was stripped naked, brutally tortured, mutilated and burnt alive in a public place, witnessed by an entire village. A wife and mother of two, her hands and feet tied to planks. She was carried unconscious by a mob to a pile of tyres, she was dowsed in kerosene, thrown onto the tyres and burnt alive.

The chilling story of Leniata’s ordeal sent shockwaves around the world. I opened up the Post-Courier around that time and the front page screamed into my soul. I could not fathom that such a level of brutality was possible in this century, innocent lives destroyed. Little did I know this was not an isolated incident.

Immediately following Kepari’s brutal killing, it was reported that a nurse in Lae was gang-raped in her own home, then a five-year-old was gang-raped in Port Moresby. This was unacceptable. I decided then that it was no longer ok for me to just exist. Enough was enough. People, young and old, were compelled into action.

Together with other centres in PNG and around the world, we organised a Haus Krai. The Haus Krai is a traditional period of mourning for a life lost. We not only mourn that life, we also mourn for the potential and the possibilities that life represented. We were in mourning for the many lives that were lost from such circumstances, including Kepari’s.

We marched through the streets of Brisbane, through Port Moresby, through Washington DC, through Lae and many other centres all around the world as a united voice against this horror.

Cassaundra Rangip, Mona Endehipa and myself, as young women, realised the urgent need to seriously address gender-based violence in PNG. We formed The Leniata Legacy.

We recognise the complexities of PNG’s socio-economic and law and order challenges, as well as our cultural setbacks, however, we believe this vision can be achieved. 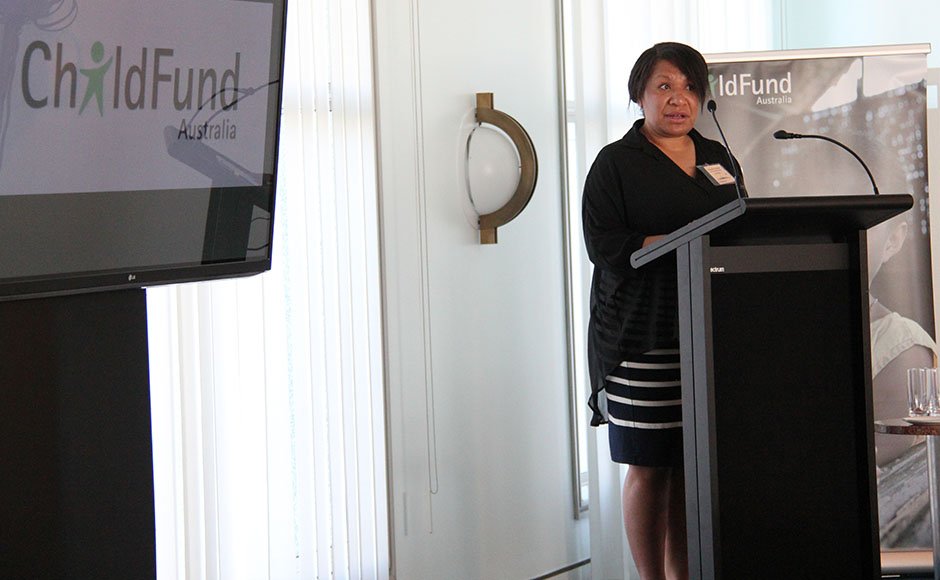 WARNING: Some viewers may find this video distressing

The Leniata Legacy’s objectives are driven by five pillars:

1) AWARENESS: The Leniata Legacy is actively engaged in an awareness campaign against gender inequality and GBV, utilising powerful avenues such as social media, internet and various mainstream media. We have engaged people from all walks of life, from all over the world. Leniata`s legacy is not merely a story confined to the geographical borders of PNG; it is a human story that can reach and touch the hearts of all. The impact of our awareness campaign against GBV in PNG and internationally has been truly positive.

2) ADVOCACY: The Leniata Legacy speaks for those who cannot speak for themselves. We do this through various means such as lobbying, petitions, street protests and public representation of the PNG community through invitations and media interviews. For example, we have participated in petitions to the PNG government for the passing of legislation, such as the Family Protection Bill, that we championed with our Brisbane community.

3) EDUCATION: The Leniata Legacy initiates non-conventional education programs targeting specific needs of the community in terms of learning and nurturing young minds. For example, the Legacy Program is an early intervention leadership program delivered at Baruni Primary School in Port Moresby where young girls aged 10 to 16 years old are part of a leadership program to learn confidence, self-esteem, body image, hygiene, sexual violence and coping mechanisms for pressures of society. We have successfully implemented this program for two years at Baruni and we hope to roll this program out in other parts of the country.

4) CHARITY: The Leniata Legacy believes in giving back and, as such, we have been able to initiate charity programs, an example being our Kepari Care Kits, an ongoing charity project where we engage our Australian community to donate care kits for women and children in Papua New Guinea. The care kits contain basic hygiene products and have been distributed to women at the antenatal clinic, the residents at the Cheshire Homes, and also delivered to the orphaned children of Life PNG.

5) EMPOWERMENT: The Leniata Legacy has created, and continues to create, initiatives to empower PNG women and young girls economically, socially, intellectually. In sport, we have partnered with PNG Women`s Rugby through their community enhancement program. We have created a netball team in Queensland named PNG Gold, consisting of four divisions with over 100 registered players. We have used the avenue of fashion to empower women; in August 2014, in Brisbane, we successfully created the High Tea Fashion Show to showcase Papua New Guinean and Pacific designers, as well as models, hair stylists, makeup artists and entertainers. In the near future, we are planning to replicate this on an even bigger scale in PNG. We are also currently in negotiations with several organisations in PNG to engage 500 disadvantaged women in 2015.

With all these opportunities, of course, come challenges. One is changing the mindset among women to be more assertive, rather than submissive. The Leniata Legacy is fighting against patriarchal mindsets that have accepted gender-based violence as norms.

We are challenging cultural and religious belief systems. We are aware that this will take time, strategy and perseverance. WE ARE NOT AFRAID.

A major concern is maintaining consistency, high level of interest from everyone and persevering onward. Capturing and keeping an audience is a difficult task. And of course, the major challenges of The Leniata Legacy are funding and human resources limitations.

A combined effort from everyone is necessary to address gender-based violence. After all, this is not a women’s issue, it is a human issue.

Gender-based violence breeds from inequity, patriarchy and rigid gender roles practised in the 21st century. The danger in our kind of violence is not only in the numbers but the very nature of the violence against women, which can be accurately described as hate crimes against women.

Papua New Guinean women require urgent relief and attention, as two in three are survivors of some form of violence with more than 50 per cent being survivors of sexual assault. These statistics are said to be conservative.

I would like to conclude by reemphasising, ladies and gentlemen, that gender-based violence is unacceptable. One woman hurt is one woman too many. Gender-based violence can be prevented, and I would like to quote the late Nelson Mandela: “Violence can be prevented. Violent cultures can be turned around. In my own country and around the world, we have shining examples of how violence has been countered. Governments, communities and individuals can make a difference.”

I am truly hopeful because I know that in this room we have governments, communities and individuals who are able to make a difference. We have many people in this room that have in their power instruments that can help put end to this atrocity. Many have the power to change policy, to positively affect outcomes. I am hopeful.

Find out more about the work of The Leniata Legacy.

Find out more about Crying Meri. 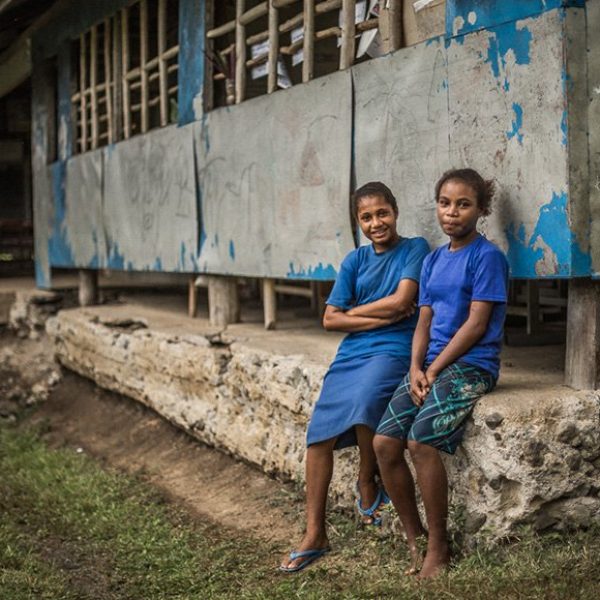 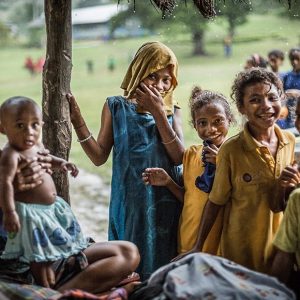 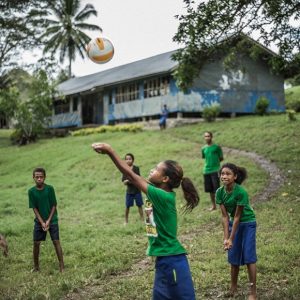 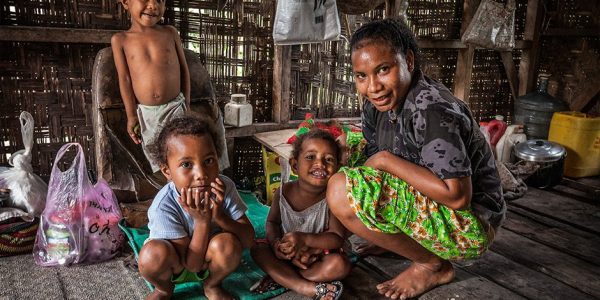