Proof that we can change the world, one child at a time

I grew up as one of six kids in South Australia. My mum and dad worked really hard to provide for our family. They also sponsored a child which, as a young girl, must have made a strong impression on me as it is something I’ve always valued and wanted to do.

I can still recall looking at the photo of our sponsored child sitting on the shelf at home, wondering what their life was like on the other side of the world. When I had my own children I knew that sponsoring a child was a tradition that I wanted to continue in my immediate family. We sponsored our first children through ChildFund Australia in 1991 and have been doing it ever since.

When I heard about the Vietnam Cultural Discovery Tour I knew it would be an amazing opportunity to see some of the sites of Vietnam, have the chance to get off the beaten track and see ChildFund`s work in action. And, of course, meet the beautiful young boy that my family and I sponsor.

How Julie fundraised before the trip to build preschools

On the fourth day of our trip, we had the opportunity to visit Nghia village and attend the opening ceremony of the main preschool we had helped to fund. This gave us the chance to meet some of the children, their parents and the community who will benefit from the schools. It was a wonderful morning of games and fun, including tug-of-war, stilt walking and blind man’s bluff!

Back home in Australia I am a teacher. While playing with the children at the preschool, I really did see my class in the personalities of all the little Vietnamese children we met. Even though we had no idea what we were saying to each other, it really did not matter. A smile is universal!

Our morning spent at the preschools left me with an overwhelming sense of humbleness at receiving such sincere gratitude from the people of the community. I knew the morning’s fun would be hard to beat but after lunch that same day, Brendan and I were scheduled to meet our sponsored child, Trung, and his mother. Ever since we had signed up for the trip I had been looking forward to this moment. The day just kept getting better and better!

Meeting Trung, their sponsored child, for the first time

Accompanied by Marisa, a ChildFund Australia staff member, and Clement, a fellow participant who was also meeting his sponsored child, Brendan and I made our way to the local project office.

By this stage the weather was very bad and we weren’t sure if Trung and his mother would be able to make it to the office on their motorbike. It was an anxious wait. Both Brendan and I found ourselves watching every passing bike in case it was them! So I was very happy when we finally spotted them.

Brendan and Trung spent the afternoon playing with the bubbles we had given him as a gift for his upcoming birthday. It was beautiful to observe them together. Trung’s eyes lit up as he watched Brendan demonstrate how to blow bubbles. It only took one demonstration before he had mastered the art of bubble blowing!

In the meantime I spent time speaking (through an interpreter) with Trung’s mum. Meeting her made me realise that, although we may be worlds apart both geographically and culturally, deep down we share the same dreams for our children. We both just want them to be healthy and happy and to be the best they can be. I felt a real connection with her.

As we said our goodbyes to Trung and his mother, Trung was holding onto his bubbles as tight as he could. It was extremely touching and emotional to actually meet him and his mother in person. I guess it has always been a dream to do so but one I did not actually think would happen.

Meeting them definitely made me appreciate our living conditions back home; it gave me a deep sense of gratefulness for what we have and a desire to share more with others. I learned that a relatively small amount of money can make such a huge difference in the lives of others.

Our trip has spurred me on to encourage others to consider sponsoring. For me, it was tangible proof that we can change the world, one child at a time. I am very proud to say that our family tradition has now reached its third generation. My daughter Jaimee, who is at university, now sponsors two children, and her sister, Hannah, is planning to do the same.

I also hope in the future to bring the rest of my family back to Vietnam. I have my fingers crossed that one day my lucky numbers will be called and I will win Powerball so we can resource many more new schools in rural Vietnam. Though if no such luck, I will continue to play my part and encourage others to do the same.

Sponsor a child, change the world

If you would like to follow in Julie’s footsteps and change the world, one child at a time, sponsor a child today. Your sponsorship will change the life of a child, their family and entire community.

You’ll be providing access to programs which prioritise health, wellbeing and resilience in children. Your sponsored child will be given the opportunity to make the most of their education, stay healthy and grow up strong and confident. Change is a journey. Sponsor a child and start yours now. 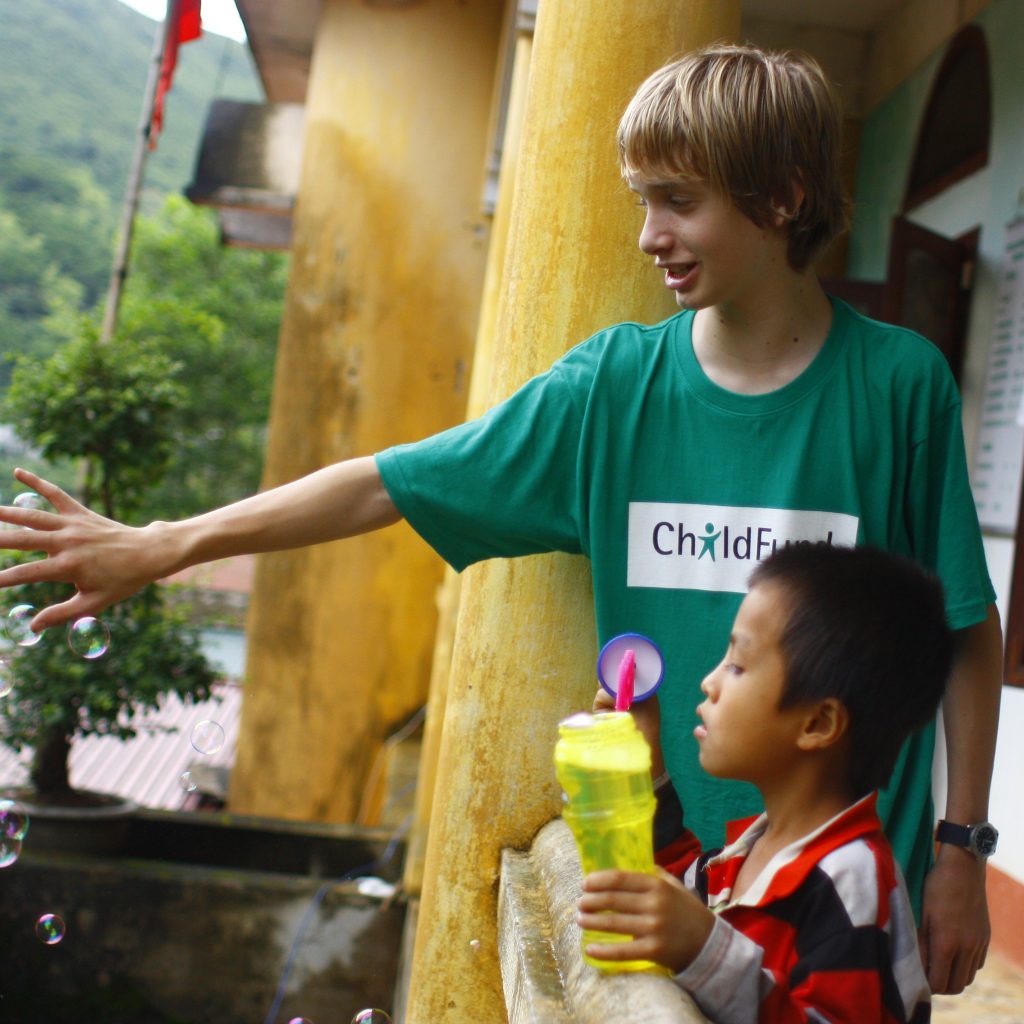