Where Ronnie Alonzo comes from, there are friendly and smiling people everywhere.

The coastal city of Cagayan de Oro on the island of Mindanao, in southern Philippines, is known for its happy and generous people.

“The city is dubbed the ‘City of Golden Friendship’,” Ronnie says.

“It is ingrained in the psyche of anyone who was born from that place, to share the gift of friendship wherever you may go.”

Today, Ronnie carries this ethos with him at ChildFund Australia, where he works in Sydney with the international program team to help vulnerable communities around the world.

In some ways it was inevitable he would choose a career in international aid; his own family had been part of a struggling community and had been supported by ChildFund sponsors.

The striking difference between his childhood and those of his mother’s, aunts’ and uncles’ in the Philippines has been a key source of inspiration in his work, he says.

Ronnie’s lola and lolo (grandparents) raised his mother and six other children in the sleepy, agricultural town of Aloran, west of Cagayan de Oro. The community of rice farmers, including Ronnie’s grandparents, spent their days cultivating flat, volcanic fields to survive.

His mother, aunts and uncles never had enough food to eat, and having a decent education and finishing school was a luxury, not a norm.

It wasn’t until ChildFund’s sponsorship program began in Aloran that things began to change in the community, and for Ronnie’s lola and lolo.

When three of Ronnie’s aunts and uncles were sponsored – his aunties Mercy and Joven, and uncle Elmer – the financial pressures of keeping all seven children fed and schooled finally eased.

Life was “really challenging” before being sponsored, remembers Joven.

“There were seven of us, and mama and papa, no matter how hard they worked, struggled to put food on the table,” she says. “How could they send us all to high school?

“Sponsorship was a great help.”

The support from ChildFund sponsors benefited the entire community and meant families had more food to eat and sell, and were able to grow their farming businesses and keep their children in school.

Within a generation the community’s fortune had changed. 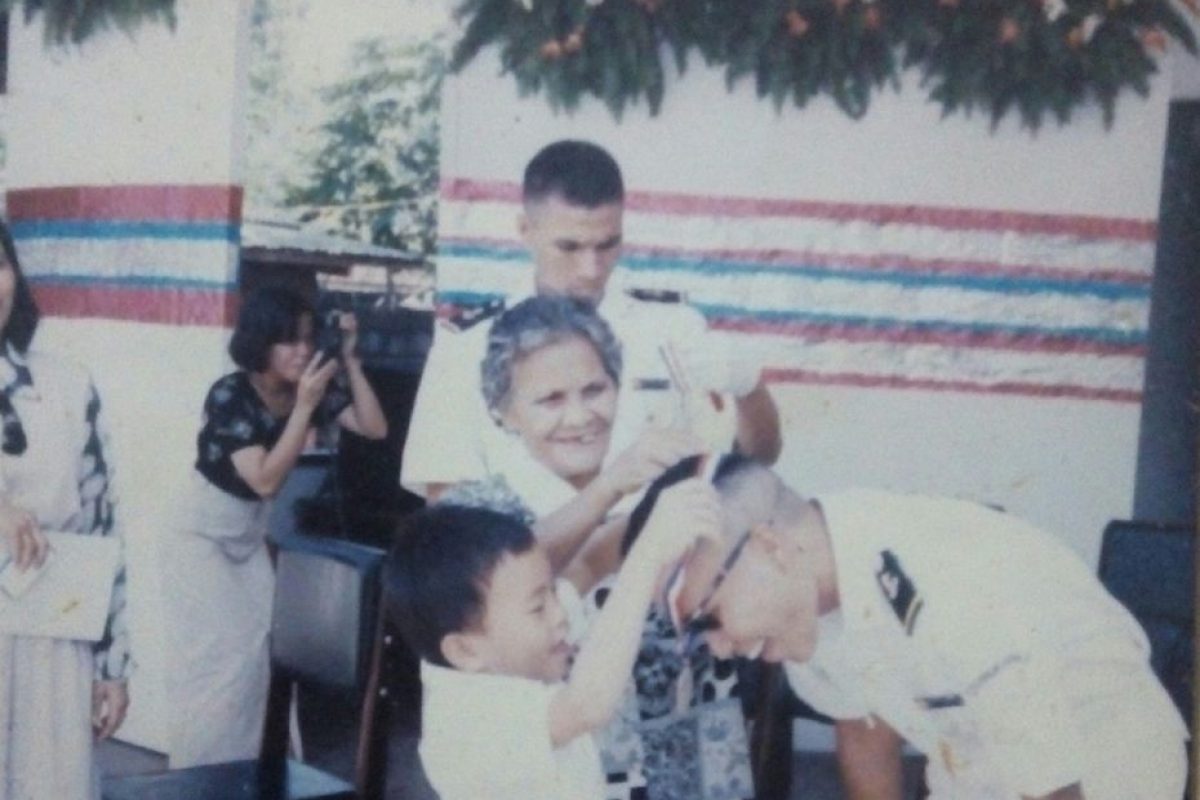 A young Ronnie and his lola celebrate his uncle Elmer’s merchant marine graduation in the Philippines in the mid-1990s.

Ronnie remembers a happy childhood with summer breaks spent among the mountains of his grandparent’s home in Aloran.

“Thirty-plus grandchildren would gather there and we always had fun: helping out in the rice fields, selling snails to pig farmers, making my grandma’s signature lemon cupcake and biscuits, climbing trees, and jumping into rivers,” Ronnie says.

It was the kind of childhood that every child should have; one that’s safe, fun and full of love.

Today, more than three decades later, Ronnie is ChildFund Australia’s Monitoring, Evaluation and Learning Officer and is helping to ensure every boy and girl gets to have a childhood.

His lola and lolo have since passed away, and his mother now lives in Sydney and has dedicated much of her life to promoting social justice and human rights. Elmer is the captain of an international cargo ship, and Mercy and Joven run their own businesses.

“They’re living well,” Ronnie says. “Most of my uncles and aunties are now living decent lives in the Philippines.”

Ronnie says sponsorship has had a “profound effect” on everyone in the family, including him.

His goal today is to help children in developing countries have the same opportunities he and his family had, so they too can create fulfilling lives for themselves.

It is, after all, he says, ingrained in him to share the gift of friendship wherever he may go. 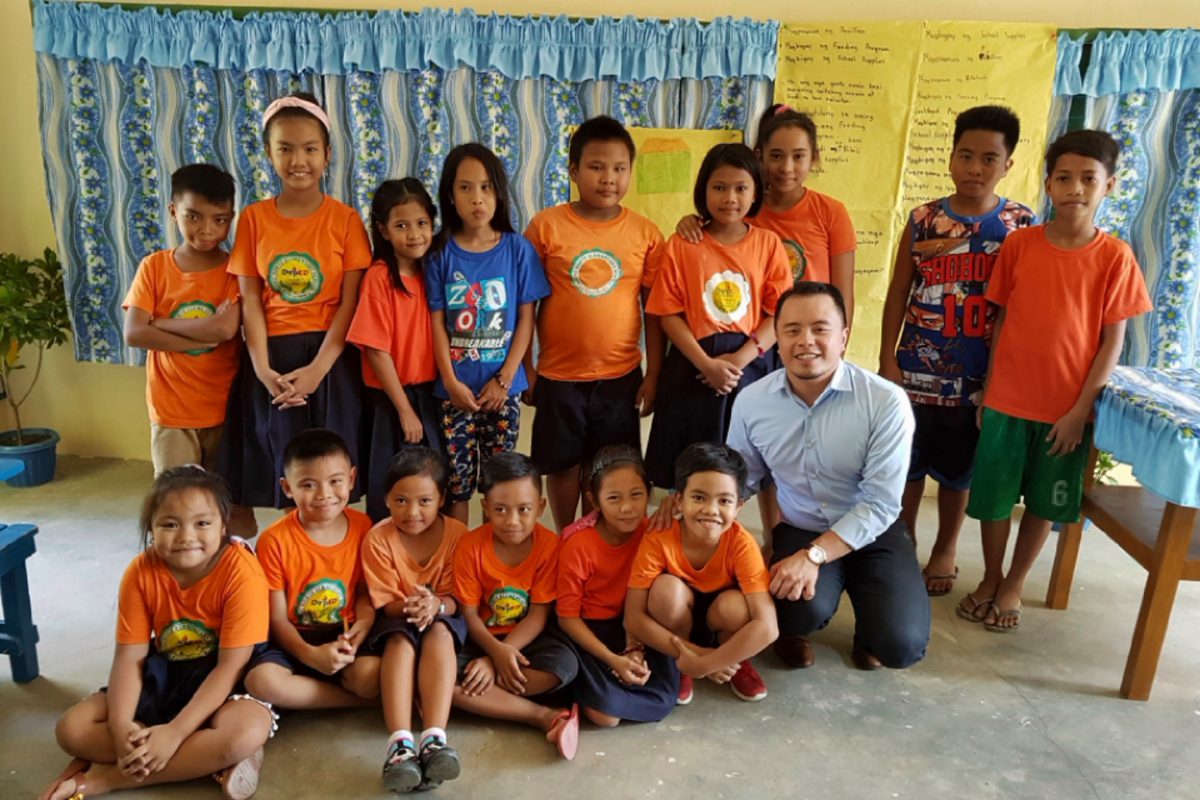 Over the past several years Ronnie has been helping educate and empower children around the world including in the Philippines, where he grew up.