Thank you for my new bike!

ChildFund Cambodia has been working in remote Chhloung district in Kratie province since 2011. Located in the northeast of Cambodia, people in this mountainous area make a living by farming rice, corn, cassava and cashews and fishing. With the one main road through the community often flooded in the rainy season, travel is difficult for villagers.

“I used to walk about an hour from home to school,” says nine-year-old Sreypon, who would walk to school when she could not get a lift with her mother or go by Tuk Tuk. “I was scared of kidnappers and tigers,” she adds. While tigers or kidnappers are not actually present in her village (Sreypon became afraid of these things after a village elder told her about how cruel they can be), wild animals can be found in the surrounding forest.

Sreypon`s neighbour and close friend, nine-year-old Sophara also found it difficult to walk to school: “I was scared of trucks when walking alone”.

12-year-old Sakei was afraid of snakes and other wild animals when walking to school, especially during the rainy season. “Sometimes I slipped and fell down. I could not see the road clearly when it was raining. I often could not make class on time and would be penalised by my teacher.”

Sreypon, Sophara and Sakai (pictured above) each received a new bicycle through ChildFund Cambodia recently. For Sakai, who now attends secondary school which is 10km away from his house, this bike means he can continue to study far from home. It takes him around one hour to ride to school. While Sreypon and Sophara are very happy that they can now ride to school together, which is located about 5km away from their homes.

“On receiving this bike, I commit to finishing high school,” says Sakai. “I dream of becoming a teacher to help educate the next generation for a good job,” he adds.

After watching a video about Lennon, a six-year-old Australian boy who walked from school to home each week to raise funds to provide children in other countries with bicycles, Sreypon, Sophara and Sakai had different reactions.

“I feel ashamed that a young boy could help other children at his age of six while I cannot. However, I commit to studying hard to become a teacher to help educate other children in the future,” Sakai says.

“We feel happy and thankful to Lennon who supported us with these new bikes,” Sreypon and Sophara say. 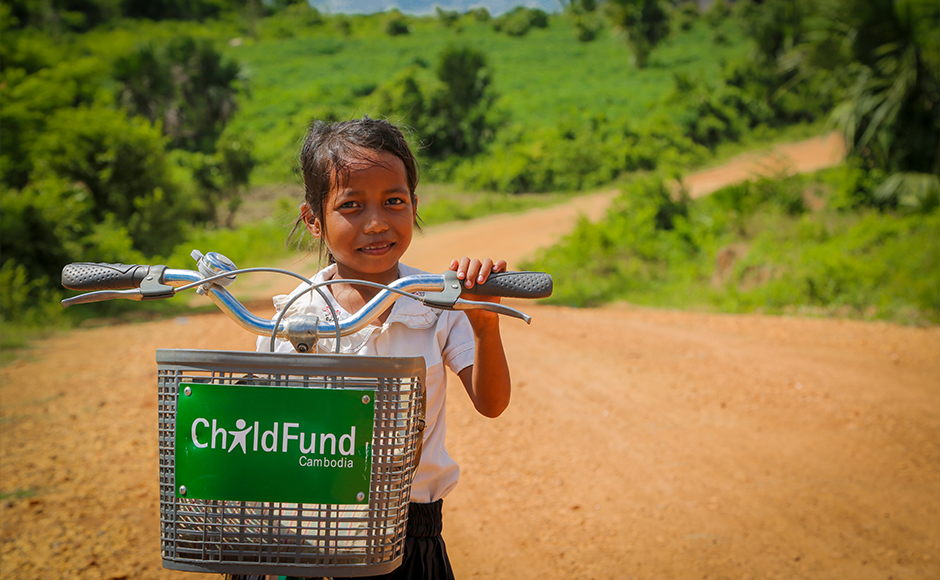