What I will be thinking about this Mother’s Day

I love Mother’s Day. Not only because I’m a mum, but because I believe it is important.

Too often, the vital role that mothers play in our society goes unrecognised. If anyone needs a day of rest and celebration, it’s the mothers of the world.

Mother’s Day has important historical significance. In ancient times, the Greeks and Romans held festivals in honour of their maternal goddesses, notably Rhea and Cybele.

In 16th century England it was a day when domestic servants were allowed a day’s holiday to return to their “mother” church at home, and a rare opportunity to spend time with their families.

In the US, Mother’s Day was first celebrated in the 1900s, and began as a day to recognise those women whose sons had died in war.

Today it is one of the world’s most celebrated events.

For me, it is a day to cherish my own mother and all she has done to support me. It is a day when I’m reminded how lucky I am to be a mother to my wonderful daughter and son.

It is also a day to reflect on motherhood more broadly, and its enormous impact on the lives of women. Not only its many joys, but the many challenges and hardships it brings.

It is a time to remember that grief and loss still accompany motherhood for too many women in the world.

So this year on Mother’s Day, I will be thinking of Stella. 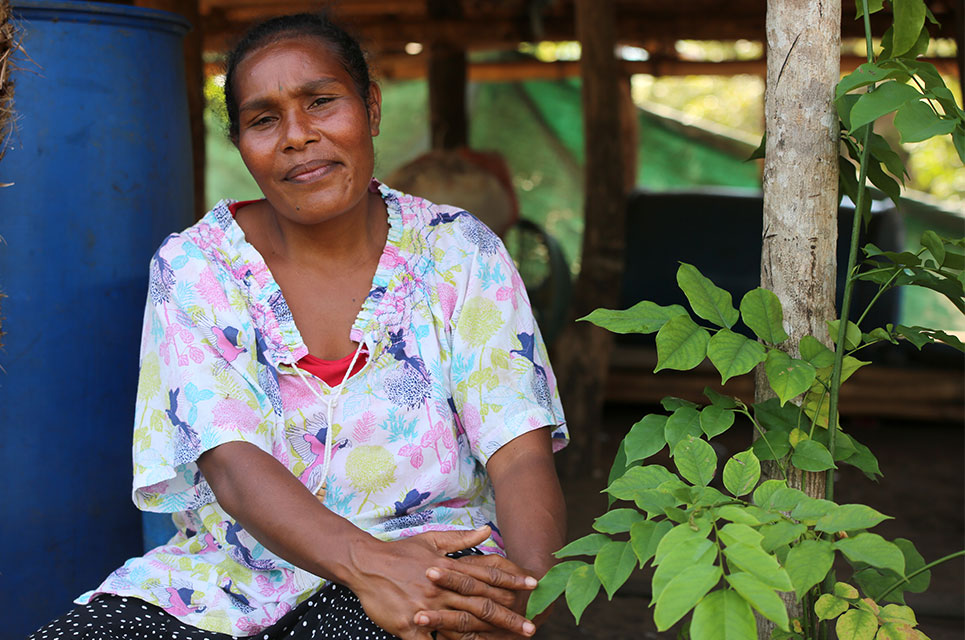 Stella has given birth to seven babies, but only three have survived beyond childbirth.

Stella is a mother I met during a visit to a remote coastal community in Papua New Guinea. For her, motherhood has not been an easy journey.

Of Stella’s seven children, only three have survived childbirth. This is not because Stella suffers from a medical condition that impacts her ability to bring children into the world, but because she must give birth in the most horrific of circumstances – without any support or care.

It is also because Stella lives in a country ranked as one of the world’s worst places to be a mother.

In Stella’s village, there is no clinic, no trained midwives, no ambulances and the nearest doctor is in Port Moresby, more than four hours away by sometimes unpassable roads.

While home births are increasingly popular in Australia, for women like Stella there is no alternative, unless a two-hour walk at night along unlit tracks to reach a basic, understaffed and under-resourced village clinic is feasible.

What is most heart-breaking as I listen to Stella’s story is knowing that the deaths of her newborns could have been easily prevented if she had been given access to the same healthcare services I so casually took for granted.

Stella has seen two of her newborns die because the cords were wrapped around their necks – a common circumstance that is estimated to occur in as many as one in three births. Qualified, experienced midwives are usually able to remove the cord before the mother is even aware that it is a problem. Most babies survive.

She has also suffered through agonising labours that went on for far too long, without pain relief, and with no option of a caesarean section to save the life of mother and child. Two of Stella’s children died because of these circumstances, and she almost lost her own life in the process.

Stella tells me: “I don’t want other women to suffer what I have suffered.”

Nor does she want her own girls to experience the same hardships: “For my daughters, I want a good hospital to be here, with good midwives who can care for women. And I want good doctors to give good services to their patients.”

For Stella, the scars of motherhood are unlikely to fade. She will always be a mother of three daughters and four sons, but will only ever have the pleasure of seeing three of her children wish her a happy Mother’s Day.