ChildFund is responding to Nepal`s devastating earthquake in Sindhupalchok, one of the nation`s worst-hit districts.

With earlier efforts to deliver aid to Sindhupalchok hindered by a lack of supplies, blocked roads and security concerns, emotions ran high for the children and families living in these devastated villages, and for ChildFund staff at the food distributions who know these communities well.

Pictured below is Aileen Santiago, from ChildFund`s emergency team, embracing a woman from one of the villages, whom she hadn`t seen since before the earthquake hit.

Photographer Jake Lyell was with the emergency team as they distributed relief supplies. He describes the devastation:

“On my third day in the field I can say that the area around where ChildFund works is the worst I’ve seen. It’s more remote and the damage was very severe. When you drove through the areas you could smell the stench of bodies coming from the dilapidated houses. It made our hearts sink.”

ChildFund will continue with relief efforts to support the people of Sindhupalchok, most of whom are living out in the open without adequate food and shelter. A second emergency relief distribution is planned for these remote villages, which will include tents and ground sheets for the hundreds of families who have been left homeless, and more food and water. 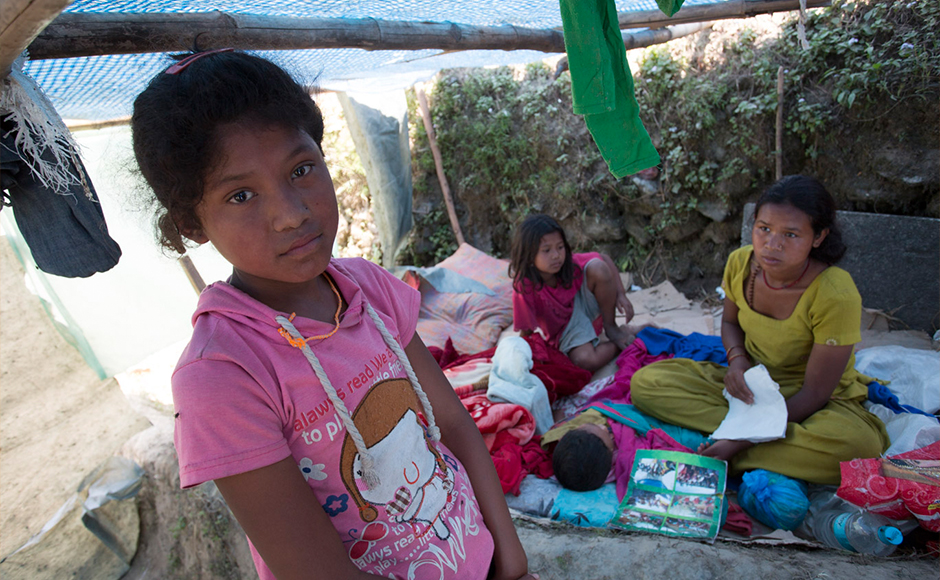 Watch this short video update from our staff on the ground