Back in the day life was simpler, says accomplished scientist Dr Marguerite Evans-Galea.

In her senior year of high school there were exams to study for, but there was still time to play in concert bands, sing in the choir and explore the mountainous and coastal surroundings of her home in Mackay, Queensland.

“I was a curious child; I loved nature and was always asking ‘why?’” she says. “So it’s good I became a scientist.”

In her spare time Marguerite, now a leading figure in biomedical research, took part in campaigns to raise funds for children in need and, on the weekends, worked as a pharmacy assistant so she could sponsor a child.

“I was deeply affected by the images of famine in the news … Someone had to do something; why not me?” she says.

“I felt compelled to do my bit … I saw a TV ad about ChildFund with Ruth Cracknell, one of my favourite actors, and I was prompted to pick-up the phone.”

In the decades after high school her curiosity and love for learning stayed with her, and so did her drive to help children in need.

She had big dreams for the future and going to university was naturally the next step in her life.

“I knew I would have every chance to pursue my dreams,” Marguerite says. “I was loved, supported, healthy and safe. I could see this wasn’t always the case for many others my age, especially children in need.”

Today, Marguerite sponsors four children with her partner Charles: “We decided as a family, that as long as we were happy and secure, we would support as many children as we could.”

As the co-founder of Women in STEMM and the executive director of the Industry Mentoring Network in STEM, Marguerite also helps empower Australian researchers and industry figures in the areas of science, technology, engineering, mathematics and medicine.

She is also an ambassador for the Victorian Honour Roll of Women, a Victorian government initiative that celebrates the outstanding achievements of women in the state.

At the Murdoch Children’s Research Institute in Melbourne, she’s an honorary investigator. 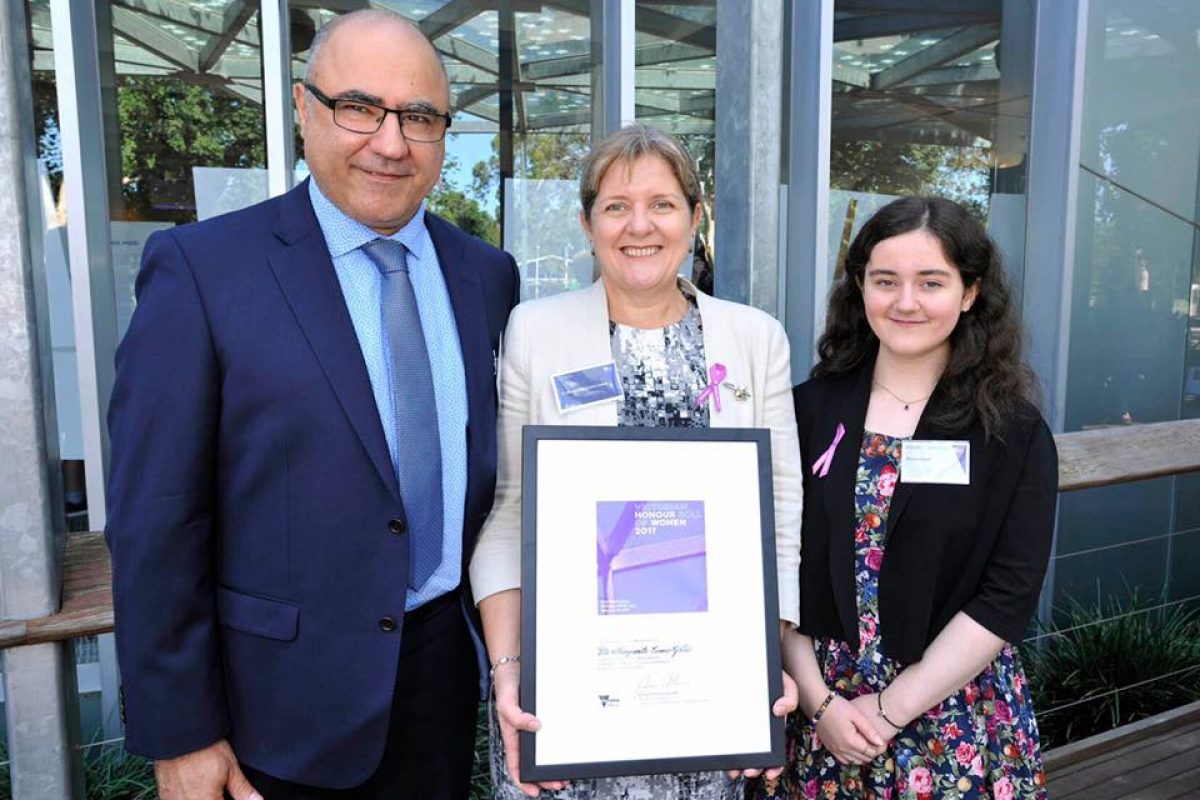 Marguerite Evans-Galea, with her partner Charles Galea and daughter Bre, has been a ChildFund sponsor for 30 years. The family are currently sponsoring four children.

It’s a busy life but there’s one thing keeps her grounded: being a child sponsor.

“It has been immensely rewarding,” Marguerite says of her 30 years of sponsoring children through ChildFund Australia.

“Our sponsor children are part of our family.

“Learning about the hopes and dreams of a child who lives on the other side of the world is an incredibly powerful thing to experience.

“We love receiving their letters, their drawings, their cards and learning about their culture and their day-to-day life. The holidays they celebrate and what their communities are doing.”

Education has provided the gateway to a life where Marguerite feels empowered to help others. She hopes her sponsor children will continue learning and become positive contributors in their communities.

“Learning is a wondrous journey that never ends,” Marguerite says.

“I still learn every day and we are thrilled to see our daughter Bre also has a love of learning. This is what we want our sponsor children to experience.

“We hope they will use their education for the greater good, not just to help themselves but also their families and those in their communities.”

Life’s not as simple as it used to be, says Marguerite, but it’s been the simple things in life – such as support and education – that have made all the difference.

“It provides individuals the knowhow, the toolkit and the skills they need to succeed – and if they fail, education provides them with the resources to draw on to learn and improve.”