With pre-emptive measures in place, 436 families were evacuated from ChildFund-supported communities in Luna and Flora in preparation for Typhoon Mangkhut.

These families were relocated to evacuation centres where ChildFund and partner organisations are providing food packs and other essentials.

ChildFund Philippines’ country office closely monitored the development of the typhoon as it approached landfall, and worked closely with local partner organisations to prepare for its arrival.

A team from ChildFund Philippines is travelling to the area to assess the needs of children and families affected by the storm.

Typhoon Mangkhut has caused significant damage and destruction on the Philippines’ largest island Luzon. Wind speeds were reportedly up to 285 kilometres an hour.

The typhoon was called the world’s strongest storm this year, and has already displaced more than 58,000 families across the Philippines.

We will update you when we know more about the impact on children, families and communities in the Philippines. 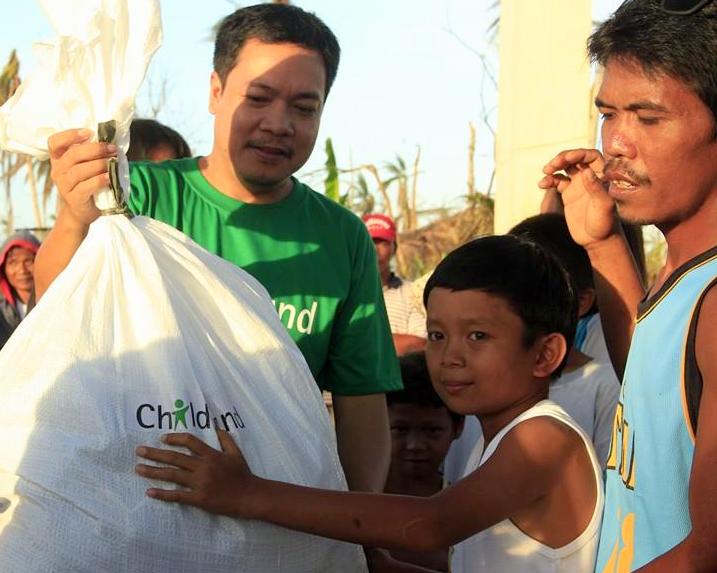 In 2013, ChildFund provided thousands of children and families with emergency humanitarian aid after the devastation caused by Typhooon Haiyan (here and above)