ChildFund Papua New Guinea has deployed an emergency response team to support hundreds of children and their families in Papua New Guinea affected by recent floods, and is working with the PNG Government and other agencies to assist in the response to the earthquake that recently impacted the Southern Highlands area.

More than 600 hygiene kits, each consisting of 10L collapsible container, water purification tablets, soap, oral hygiene products and a water storage bucket, have been distributed to families affected by the floods, with more to be delivered in the coming days.

More than 600 households and families from communities in Veifa’a, Aipiana and Apanaipi in Kairuku, Central Province, have been affected by the floods, which hit in January.

Heavy and continuous rain caused the St Joseph River to flood its river bank into nearby villages, damaging schools and homes, as well as the Veifa’a health centre.

Drinking water sources have been contaminated, and several cases of water-borne diseases have been reported.

ChildFund’s support in the distribution of hygiene kits will help prevent water-borne diseases in communities.

“ChildFund is responding to the floods in Central Province by providing vital water and sanitation support to the affected communities,” says ChildFund CEO Nigel Spence. “Our focus is to ensure children and their families in the flood-affected communities are safe and supported.” 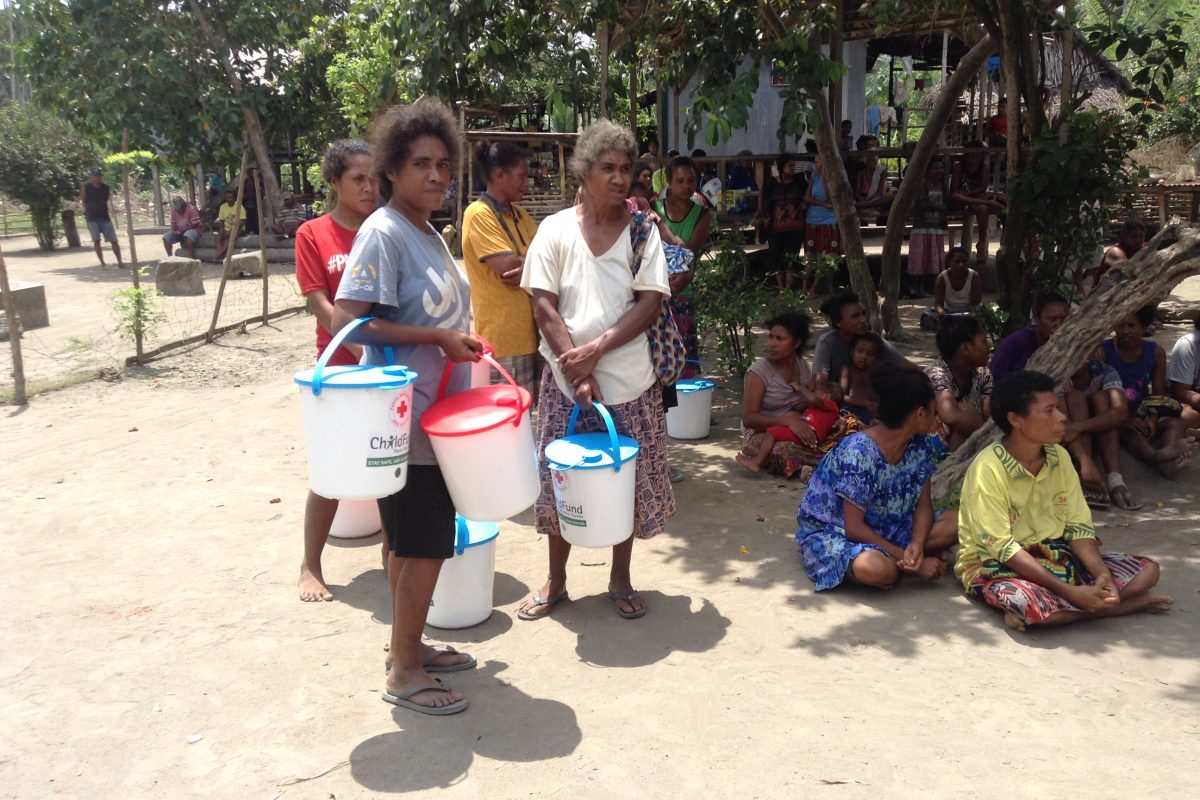 Women and children affected by the floods in Central Province have been provided with hygiene kits to help prevent them from water-borne diseases.