Seventeen-year-old Nellie lives in a village in Rigo District in Papua New Guinea (PNG). Most villages in this remote, rural area lack access to basic services, including healthcare. With Port Moresby more than three hours away by bus and with only five local health centres in Nellie’s district, which altogether support more than 7,800 people, many are forced to go without health services.

Last year Nellie contracted tuberculosis (TB) – one of the biggest killers in PNG today. “This is how I knew and felt when I had TB. Firstly, I was losing weight because I was not eating properly. I was tired and sleeping a lot and had diarrhoea. I often could not get up or do work,” she says.

PNG has the highest incidence of TB in the Pacific with the World Health Organisation estimating the country has over 20,000 new and relapsed cases diagnosed every year.

TB is a critical problem in Central Province, where Nellie lives, because of a lack of community awareness, poor treatment adherence and rundown health infrastructure.

Nellie is now healthy and TB free after she was supported by a ChildFund-trained village health volunteer (VHV) to complete her six-month TB treatment plan. This project is supported by the Australian Government.

“Richard Kora, our VHV, helped me a lot by encouraging me to take my medicine until I finished them,” Nellie says. “I should have died but because I took my medicine well and completed them I am feeling well and strong now.” 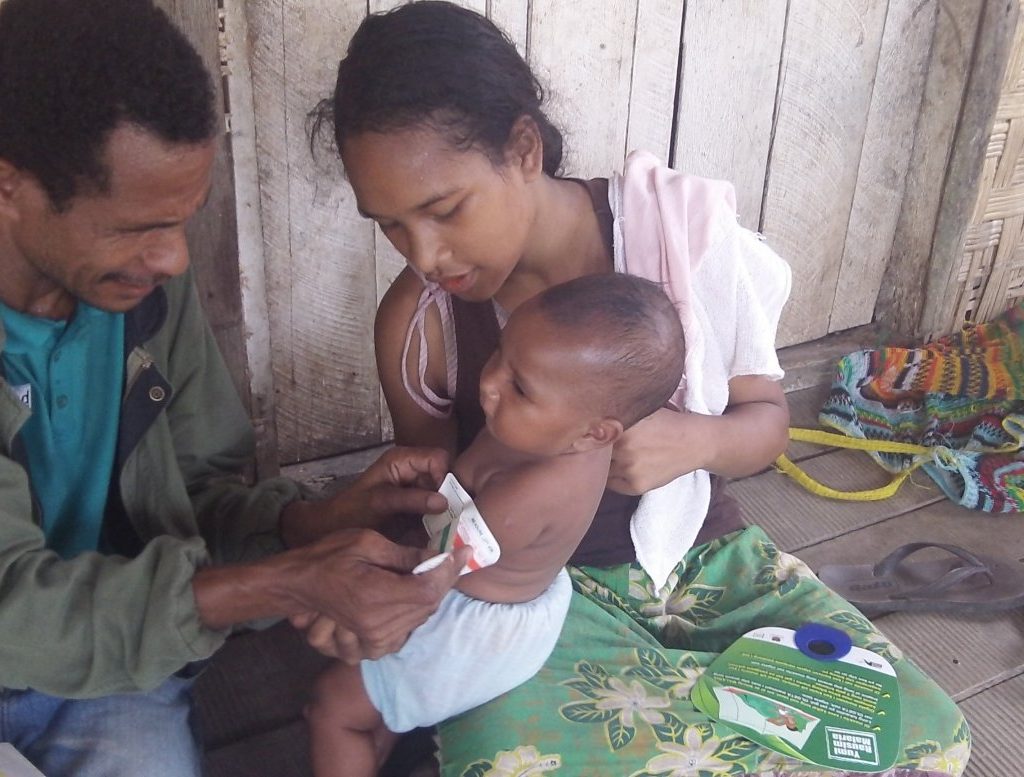 “I watched Nellie almost daily take her medicine and kept track of her calendared medicine in-take,” Richard recalls. “Each time, before Nellie ran out of her medicine that was supplied to her, I would catch a bus to the district health facility in Kwikila Town to fetch more supplies.”

Richard is one of two ChildFund-trained VHVs in Nellie`s village. Village health volunteers are critical in PNG communities where access to medical assistance and information can be hours away.

ChildFund PNG, thanks to support from the English Family Foundation, has provided TB related services to more than 8,470 people in Papua New Guinea.

Now that she is well, Nellie is helping Richard and ChildFund PNG to halt the spread of TB by raising awareness of the disease in her village. This is part of a wider campaign called Stop TB in my Lifetime. ChildFund is working in partnership on this program with World Vision, the National TB program and Central Provincial Health.

As for Richard, one day he hopes to achieve his dream of becoming an accredited community health worker. Until then he will continue to support his village and help keep people like Nellie healthy.