Learning from the fear and misery of the Tsunami

Bursts of rain and wind punctuate an otherwise pleasant day in India’s Nagapattinum district. The scents of a dry fish curry wafts through the air. Govindaraj, though, is impatient and waiting for the rain to stop.

“I don’t like this rain, like the way I hate the sea,” he says, visibly irritated. “Since the morning, I am waiting for this rain to stop. I will get the flowers from the market. Every year, I offer these flowers to my parents on their anniversary.” This isn’t a happy anniversary, though. It’s the 10th anniversary of his parents’ death and the South Asia tsunami, which claimed 230,000 lives in South Asia.

Govindaraj lost his parents, his elder brother and 10 other members of his family in the 2004 tsunami that killed more than 7,000 people in the southern Indian state of Tamil Nadu alone. He dusts off the photographs of his lost relatives.

“We were fortunate enough that our village is located a bit higher than the other villages. The tsunami water did come to our village but did not sweep us along. We survived. Only those who were near the shore at that time were killed or have gone missing,” says Malakodi, Govindaraj’s wife.

13-year-old Anita is Govindaraj’s cousin, who also lost her parents in the tsunami and is now being taken care of by Govindaraj and Malakodi.

When asked what she remembers about that day, Anita says, “I cannot recall anything about what happened on that day and how the tsunami was. The only thing I know is that it killed my parents and deprived me from the fortune of having parents. ”

“I have only photographs of my parents. I miss them the most when people talk about them and about the tsunami,” she says, pointing at their pictures. 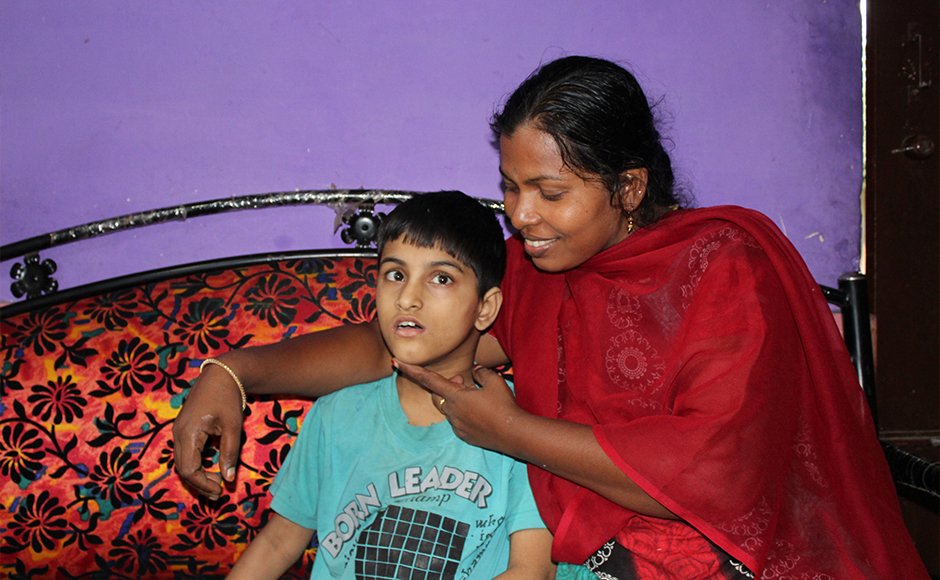 Mahesh with her nine-year-old daughter, Joyse

Elsewhere in the village, Mahesh and her husband Ashoghan and son Amrith survived the tsunami, but they were forever touched by the trauma of the day. A pregnant Mahesh was slammed into walls by the waves, and later she and her husband were confronted with scores of dead bodies while searching for their three-year-old son in a shelter. They found him in a corner, alive but unable or unwilling to speak.

“It was a horrible situation out there,” Ashoghan recalls. “We decided to move to another place, as the atmosphere was affecting both our body and soul, especially my son, who had not spoken a word since we found him. We crossed a backwater river stretch and moved out of the village and walked throughout the night to reach a nearby town.”

Amrith, now 13, is sponsored through ChildFund and attends school. After the tsunami, he was able to spend time in a Child-Centred Space to help recover from the trauma. But the family still suffers hardship. Amrith`s younger sister, Joyse, who was born a couple of months after the tsunami, has cerebral palsy, which has prevented her from forming words or walking.

Near Govindaraj’s home, K. Rathnavel, a leader of this community, is busy preparing for a commemoration event for the victims of the tsunami. In between phone calls to other community members, he says, “I want to build a memorial dedicated to the people who lost their lives in the tsunami.” 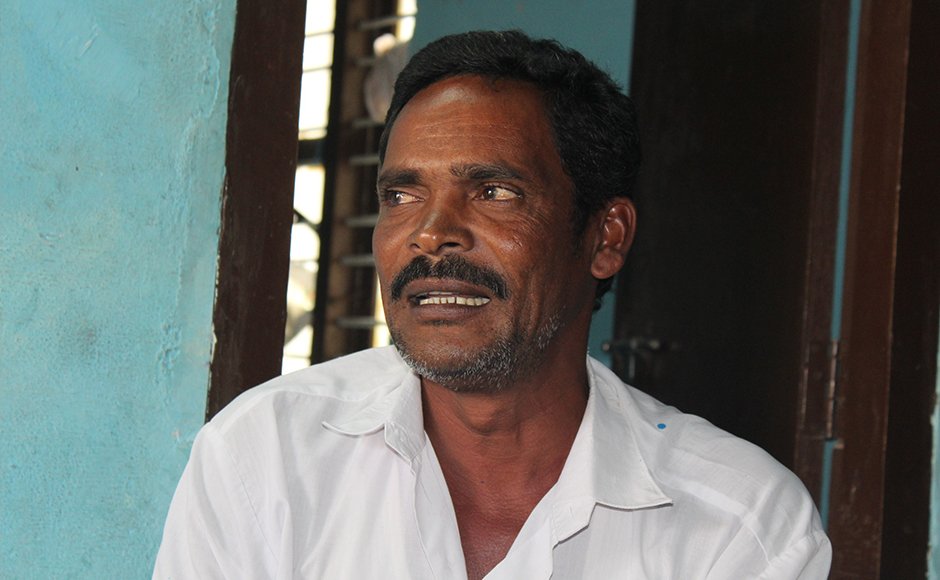 K. Rathnavel is a leader of his local community.

“Whenever I see the ocean, I get reminded of how it took away hundreds of our fellow villagers – men, women and children alike,” he says. Most who survived have become so scared of the sea that they have given up fishing, the age-old occupation of this village,” Rathnavel says.

“Most of us live in these houses allotted to us by the government as part of their rehabilitation plan for tsunami-affected people,” he adds. “Our old place has now turned into a ghost village.”

K. Krishna Kumar, from ChildFund India’s local partner in Nagapattinam district says, “Today, a decade later, the important question before us is how prepared we are for another such disaster?”

“The disaster forced the development sector to focus on resilience in their programming efforts. As the largest organisation in this region, we played a coordinating role in the post-tsunami rehabilitation and reconstruction,” he says.

Part of ChildFund’s response to the disaster, carried out through our local partners, was to build Child-Centred Spaces to help children recover from their trauma in safe places. In this district, ChildFund India and our partners also started a program to help people find other sources of income after losing their livelihoods.

“The tsunami should be remembered as a history of setbacks and tears,” Kumar says. “But the motivation to go forward must be harnessed.”