Lennon wins Fundraiser of the Year!

Lennon Maher, one of ChildFund Australia’s youngest fundraisers, has been voted Australian Fundraiser of the Year in the 2015 JustGiving Awards!

Lennon was awarded for his efforts in providing children in developing countries with a life-changing gift of a bike so they can get to school more easily.

Earlier this year, Lennon’s pledge to walk a 3.8km journey home from school, once a week for the entire school term raised a massive $5,000 for ChildFund Australia’s Dream Bike Appeal.

As a result of his outstanding effort, 50 children living in Cambodia`s rural villages now have bikes to help them get to school.

JustGiving selected Lennon as one of their best fundraisers from around the country to battle it out for this award. Each fundraiser was given a 24-hour period to secure as many votes as possible through a public vote on Facebook. The response was overwhelming, with thousands of votes being cast!

“We are delighted that Lennon has won,” added Nikki Kinloch, JustGiving’s Country Director for Australia. “He was up against some other great fundraisers, but I think he has captured the hearts of Australians, being so young and putting in such a great effort to help improve the quality of life for children his age in a community thousands of kilometres from him.”

Cathy, Lennon’s mum, is also overjoyed with her son’s commitment and achievements.

“Lennon never once asked what he gets out of doing the walks,” said Cathy. “Anytime I told him that we got another donation, he was so excited that another bike was being bought for the kids – even though he didn’t have a bike of his own. It made me proud… and I think he’s proud of himself too.”

And what is Lennon’s message to everyone who voted for him? Watch the video below to find out! 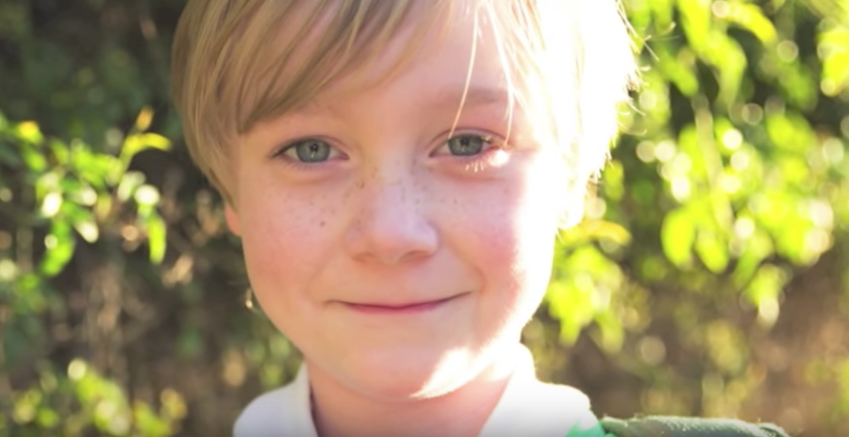 Lennon wins Fundraiser of the Year.

A thousand thankyous to you too, Lennon! From all of us here at ChildFund Australia 🙂