Our response to the Africa Food Crisis

The Africa Food Crisis has been described by the United Nations as the worst humanitarian emergency since World War II, with 80m people at risk of death due to starvation.

ChildFund Australia has been providing vital aid to children affected by the crisis since early 2016, focusing mainly on getting food, water and healthcare to children in need.

Right now, 2.5m children are at urgent risk of death due to extreme malnutrition. An estimated 7.5m children will suffer severe acute malnutrition in 2017. Undernutrition contributes to nearly half of all child deaths and children who survive are likely to be stunted, which severely hampers physical and mental development.

ChildFund`s national offices in Kenya and Ethiopia have been coordinating the delivery of desperately-needed aid to areas where malnutrition is rising. These country offices work closely with local governments to target hard-to-reach places, which are among the hardest hit by the Africa Food Crisis.

We provide supplementary foods, which are rich in essential vitamins and minerals, to families who do not have access to food. Unimix is a specially-designed, enriched maize and bean flour that parents can give children who are not getting enough nutrients. Packing 400 calories and many essential vitamins and minerals into 100g of flour, it is commonly used to fight malnutrition.

ChildFund also works closely with local producers to fortify maize and sorghum flour with vitamins and minerals. Once fortified, flour is sold to early childhood centres, ensuring children under five get an ongoing supply of nutritious food.

Families in drought-affected areas can also receive fortified vegetable oil and iodised salt, which provide a vitamin boost when food is in short supply.

The MUAC band is a measurement tape split into three easily-distinguishable sections; red (severely malnourished), yellow (moderately malnourished) and green (healthy). Health workers use the band to measure the mid-upper arm of each child and refer malnourished children to hospitals for further management.

Early detection and ongoing monitoring is saving lives and helping children receive the help they need to avoid the life-long effects of malnutrition. 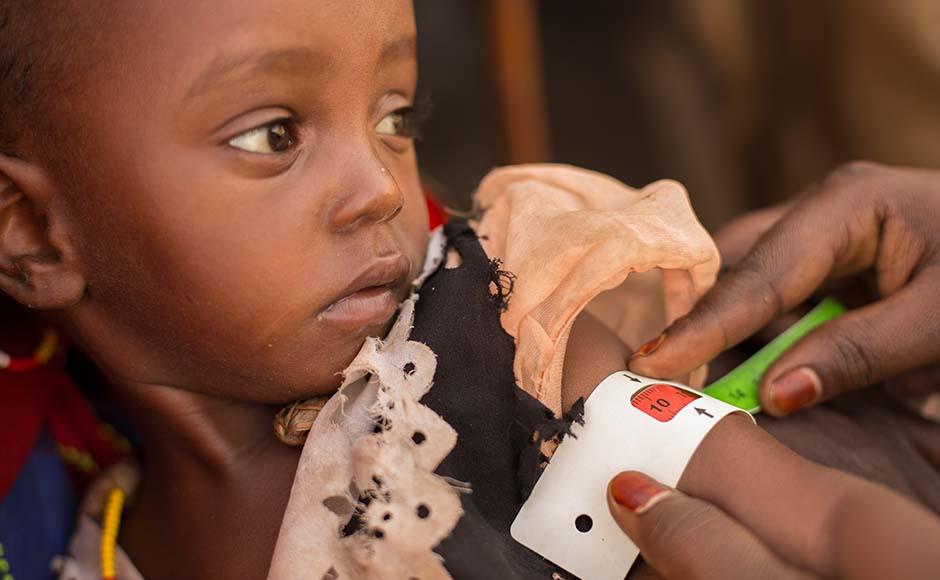 Health workers use MUAC tape to mass screen children like Jillo, 2, for signs of malnutrition in drought-affected areas.

Poor sanitation and a lack of clean water can lead to outbreaks of diseases like cholera, which is especially concerning for children whose immune systems are weakened by malnutrition. Families in drought-stricken areas are often forced to abandon their homes in search of water for their families, livestock and crops. 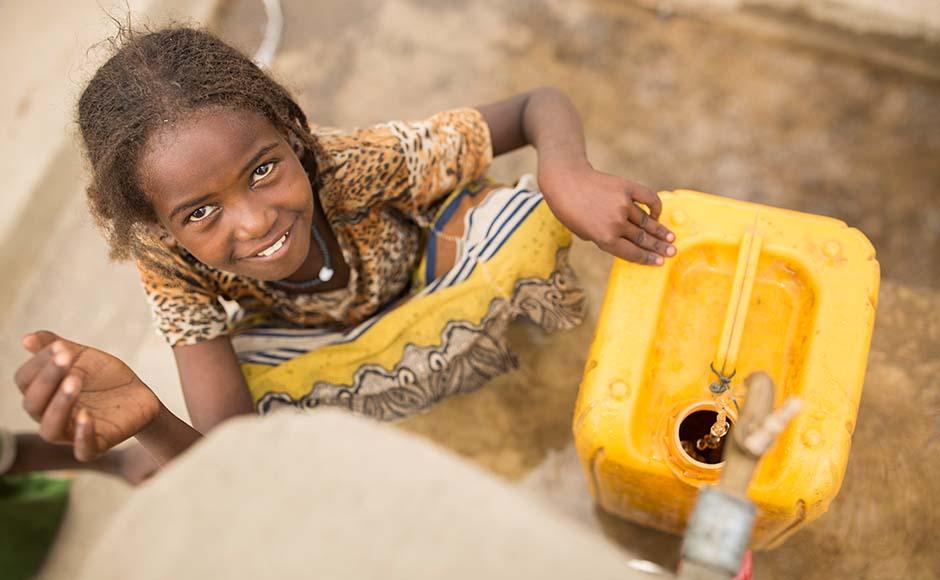 Expected rains have not come in recent years, but ChildFund is helping by providing clean water to affected villages