Seventeen-year-old Khied (pictured above) remembers the haunting sound of people crying in pain after a devastating flood destroyed her village this year.

The teen from Attapeu Province, in southern Laos, was getting ready for bed when everything suddenly turned dark and water came gushing into the house.

“I heard a sound like wind and the power in the whole village went off,” Khied says. “I woke my younger brother and sister up and prepared to leave.”

For Khied, the flood – which resulted after the collapse of a dam in Attapeu in July 2018 – was the “most terrible nightmare imaginable”.

After their home was destroyed, she remembers being dragged out with her brother and sister by the force of the water, to the forest.

It was five days before they saw their parents again.

“During the flood, I told my sister and brother to hold onto a tree so we would not float away,” Khied recalls. “There was so much debris like roofs, and logs and rocks that hit us.

“I had to stay alert and take care of my brother and sister so they wouldn’t be scared.”

The siblings ended up on a mountain in the forest, where they stayed overnight.

The next day, Khied saw the extent of the devastation. Debris was floating everywhere and there wasn’t a house in sight.

“I could only hear the sounds of people, injured and crying,” she says.

“I tried looking for my parents and calling out for them, but I didn’t see them anywhere.” 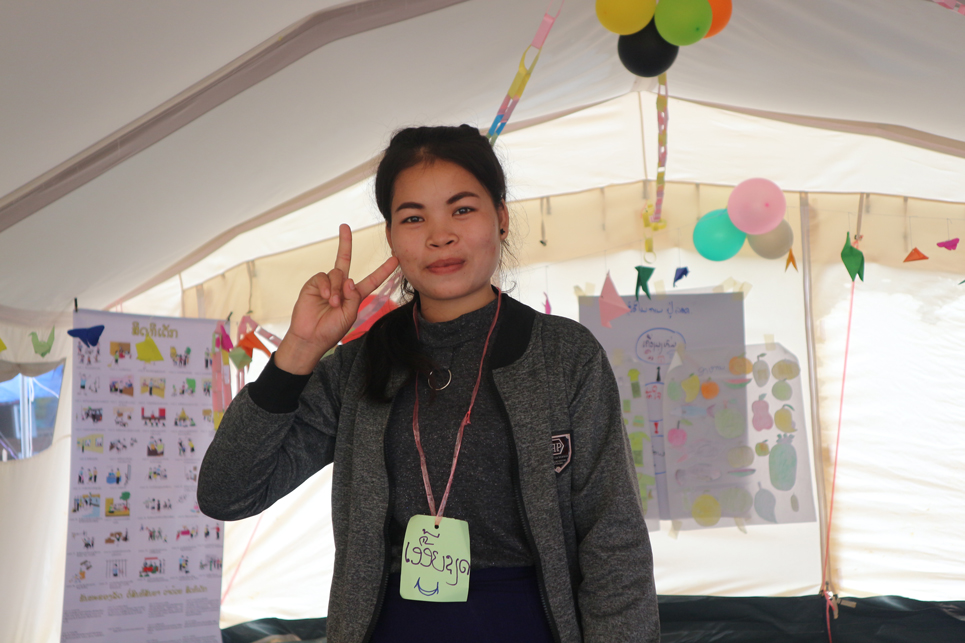 After the horror of the floods, Khied is helping to care for and inspire children who survived the disaster.

Cold, bruised and frightened, Khied and her siblings walked for about five kilometres until they reached a village, where they were welcomed into a refuge camp nearby. The siblings watched for days as rescue teams brought in other flood survivors and treated their injuries. It wasn’t until the fifth day at the camp that they spotted their parents. “They looked very tired and weak,” Khied recalls, “but I was so glad to see them. I cried out and ran to hug them.”

Today, while Khied and her family’s future is uncertain, Khied is determined to stay positive. She has become a volunteer at a Child Friendly Space, supported by ChildFund and the Australian Government through the Australian NGO Cooperation Program (ANCP).

The camp is helping provide more than 50 children impacted by the disaster with a place where they can play, learn and be safe.

The Child Friendly Space offers children’s activities and has books and learning materials so children whose homes and schools have been washed away do not fall behind in education. Toilets are also available at the Space so children and mothers can access clean sanitation facilities.

“We lost everything, and even became homeless, but I didn’t want this to discourage me,” Khied says. “I wanted to take care of the children in my village to give them something to do to forget about everything that happened. I want them to be able to grow up and continue to persevere through whatever happens in the future.”

The collapse of the dam in Attapeu in July 2018 caused flash flooding into villages in southern Laos and neighbouring Cambodia. At least 26 people reportedly died and more than 6,000 children and their families have been displaced, and are seeking refuge in camps like Khied’s. 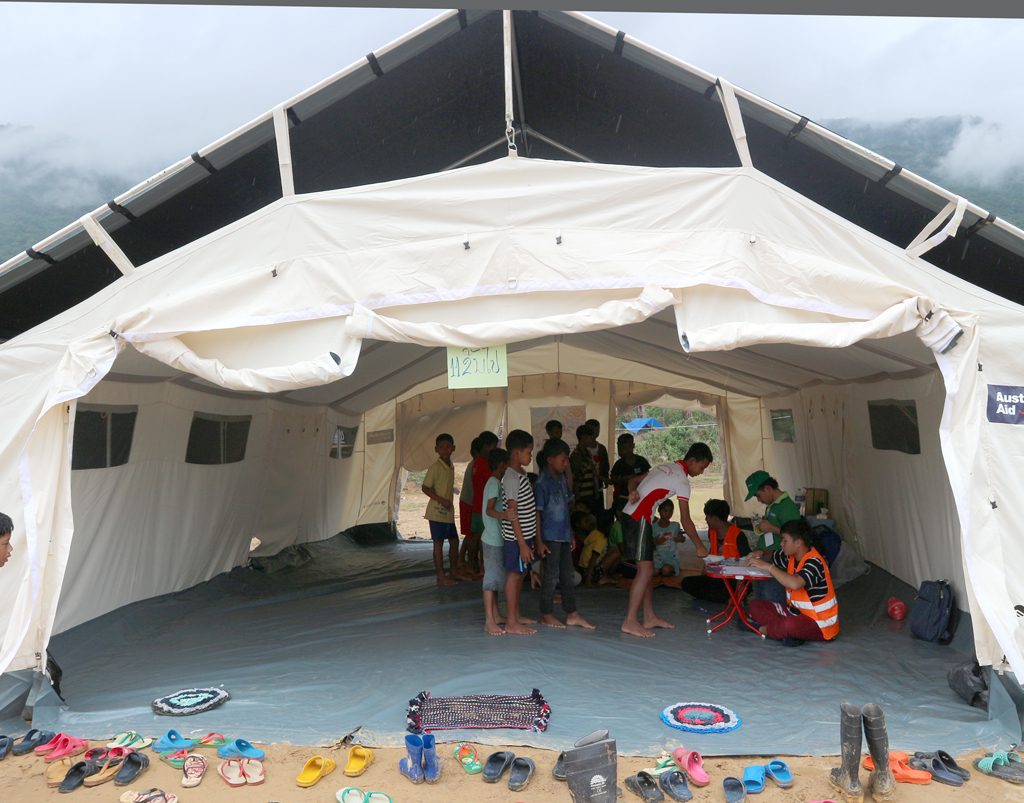 The Child Friendly Space offers an environment where children can start their recovery from trauma.