By the time Norng Samen’s son returned to Cambodia after a harrowing 10-year journey abroad he was so unrecognisable that she had to check his scars to make sure it was really him.

A distinctive mark on his elbow confirmed that the man standing before her was the son she had held a funeral for years earlier.

Norng Samen had last seen Pisey when, at the age of 18, he followed in the footsteps of so many boys from his small village in Cambodia and migrated to Thailand in the search of better job opportunities and a better life.

Norng Samen and Pisey (pictured above) were unable to stay in contact. A few years after Pisey had left Cambodia, neighbours of the family who had migrated to Thailand found a dead body in the water and misidentified it as Pisey.

“I was told that he was dead and we had a funeral for him,” Norng Samen says of her son.

Pisey eventually returned to Cambodia 10 years after he had left, but a decade of exploitation and abuse in Thailand had left Pisey with more scars than the ones his mother remembers.

Pisey’s work in construction was physically demanding and poorly paid. For years he did not receive a regular income. Once, Pisey slipped while carrying heavy steel, leaving him with a permanent disability to his legs. Another time, he was stabbed in the stomach by drunk gangsters on the beach. 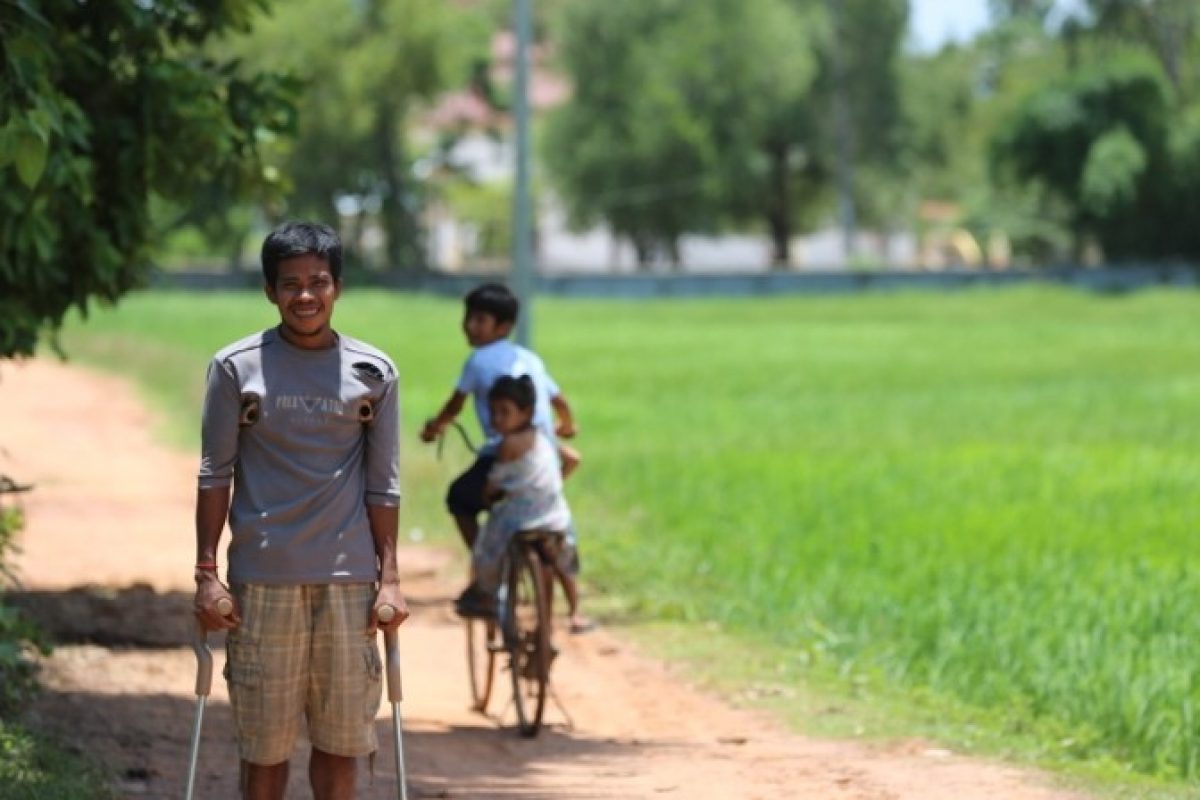 Today, Pisey is 29 years old and shares his story with children and young people in his community to ensure they do not go through the same experiences.

There were emotional scars, too.

He felt homesick, scared and lonely a lot of the time. When he tried to return to Cambodia and could not produce his passport, the Thai police arrested and put him in jail. He lived in a cell for almost two months before he was released and was able to make his way back home.

The principal of Pisey’s primary school, Sam Aun, says many students – mostly boys – dropp out of school in Grade 6 to work in Thailand. They became construction workers and are often exploited by their employers. Some lose their lives, while others became addicted to illegal drugs to keep up with the long hours they are expected to work.

Too often children leave home unaware or unprepared for the risks that await them. A major risk for vulnerable children and young people migrating to a new country is being abused or exploited during the journey or in their new jobs.

Through community resource centres and training sessions, ChildFund Cambodia is helping to raise awareness of the risks of migration and ensuring young people do not have to experience the trauma and challenges that Pisey and his family have endured.

Since the implementation of ChildFund Cambodia’s safe migration project in 2018, many families in remote and rural communities now have access to information on how to prepare for migration and how to stay safe during and after the process.

People like Pisey who have returned to Cambodia are being provided with medical assistance, counselling and support to resettle back into their communities.

Today, Pisey is 29 years old and shares his story with children and young people in his community to ensure they do not go experience the same trauma he suffered.

For Norng Samen, the return of her son and knowing that he is now safe and sound has lightened a heavy heart.

“I am so happy that he is back,” Norng Samen says.