How are families and communities different around the world? 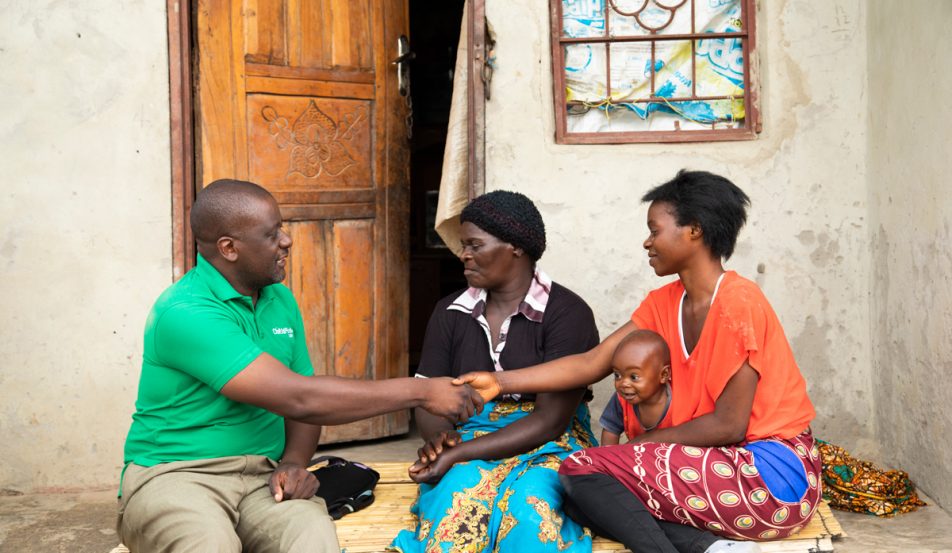 The diversity of people and culture enriches the human experience around the world, but one thing that is common across all, is the importance of family.

This National Families Week we are celebrating the many different ways of life and conceptions of family across the globe. By shining a light on countries such as Australia, Vietnam, Papua New Guinea, India and Kenya, we hope to expand your understanding of what family means not only to you, but the billions of others we share this earth with.

Home to desert and rainforest, drought and rain, Australia is built on mateship, optimism and a good sense of humour. While taking out sixth place for the largest country by geographical area, we are also the world’s least densely populated country, too.

Since the end of the Second World War, Australia’s identity has developed a strong sense of multiculturalism. This is owing to the very diverse range of ethnic groups who have settled in the country over recent decades, including people of European, Middle Eastern and South East Asian origins.

More recently, perhaps in the last 50 years or so, the Australian identity has begun to place a greater emphasis on reconciliation and recognition of the Australian First Nations people. This is a process which has seen greater interest among Australians in First Nations culture and history, as well as significant campaigns for the reform of government policy.

In 2020, Australia was home to 7.2 million families, which is an increase of 1.1 million in the last decade. While the nuclear family is the cornerstone of Australian family structures, it does not necessarily comprise the same household members as we might have seen in the traditional nuclear family of the 1950s.

Family structures in Australia might now include single parent families, same-sex families, defacto or non-defacto arrangements, extended relations residing within the same household, and various other arrangements that make Australian families so diverse.

World-renowned for its beaches, delicious cuisine and buzzing cities, Vietnam is one of Asia’s most populous countries. Despite having a history marred by many prolonged cultural invasions, this hasn’t impacted the Vietnamese sense of national identity.

The Vietnamese consider family as the most important facet of their lives and often more interdependent than other cultures, such as those in the Western world, are familiar with.

The family unit’s health and cohesiveness are paramount and consist of many relatives beyond the parents and their children. It is common for uncles, aunts, grandparents and extended relatives to have close relationships with the unit. It is also not uncommon for three generations to reside in the same home and independent living is less common for Vietnamese people.

Located in the southwestern Pacific Ocean, Papua New Guinea is a melting pot of diversity spread across over 600 islands speaking over 800 different languages. Group-based land ownership is the norm. Individuals typically don’t own their property, but rather they are granted tenure to it by birth into a family or through some relationship with that group.

What is family life like in Papua New Guinea?

Papua New Guinea is a country that values family. Families are the main source of support and this can be seen in various ways including expectations, respect, duty and reciprocity between members. Families usually consist of nuclear families along with the husband’s parents. Extended relatives also live nearby which act as secondary parental figures to children.

India is an incredible country with diverse geography and climate. In the north, there are mountains such as the Himalayas which snow year-round, while in southern India you can find tropical jungles, rainforests, coastlines, beaches and islands. Nature plays a large role in Indian culture here, for example, rivers like The Ganges or Ganga, which provide irrigation to farmlands or transportation methods that many people believe have sacred importance.

For many Indians, family is a very important institution. As a collectivistic society with strong loyalty and interdependence among people, the needs of individuals are often put aside for those of their families. Decisions about an individual’s life such as marriage or career paths will usually be made in consultation with one’s parents or other elders from his or her community to promote harmony within the group.

Family is more than just a nuclear unit. It can mean financial security for individuals as well. Large multigenerational families are often essential to providing work and economic stability.

Kenya is a country rich in its culture and wildlife. It borders Somalia to the north, Ethiopia to the east, Uganda on its west side and Tanzania to the south. And a fun fact, the equator runs right through Kenya.

In Kenya, the family is one of an individual’s most important priorities and a great source of pride. The Kenyan family unit includes both the immediate as well as extended members and fosters a closer bond between relatives.  In some ethnic groups, children may refer to maternal relatives by “younger mother” or “older mother”, depending on how old they are in relation to the child’s mother.

The National Families Week’s theme for 2021 is stronger families, stronger communities. You can help support families around the world with ChildFund.

You can support ChildFund’s work by donating to one of our current appeals or by sponsoring a child in a developing community to help ensure every child and their family has access to tools, knowledge and basic services to give them a brighter future.

If you’d like to plan an activity or work on some craft with the children in your life, here’s our ideas for how you can get involved with National Families Week this year.