How we help malnourished children

May 21, 2019 BY Rita Mu CHILDFUND AUSTRALIA CATEGORY Food and nutrition

May 21, 2019 BY Rita Mu CHILDFUND AUSTRALIA CATEGORY Food and nutrition

Lily is a happy two-year-old surrounded by love. She is the youngest of five children, has a healthy appetite and enjoys playing with her friends in her community supported by ChildFund Zambia.

Her mother and father Frida and Costern are adoring parents, but they struggle to make ends meet.

Their only source of income comes from working odd jobs, such as labouring on nearby farms, for which they each earn less than AU$3 a day.

Below we tell their story, about how a lack of a reliable and sufficient income has had devastating effects on the family, and particularly on Lily (pictured above).

‘I was so worried that I might lose her,’ says Frida, Lily’s mother.

When Lily was born, she weighed a healthy 3kg. Frida breastfed her daughter for about six months before she began to produce less and less milk.

“We did not have much to eat during that time,” Frida says. “We were eating the same things – nshima (cornmeal porridge), some vegetables and occasionally small dried fish.”

When she did not have enough milk, Frida would feed Lily some nshima made with a bit of oil and ground nuts. There was little else available to feed her baby, and when Lily began to lose her appetite around eight months old, Frida began to worry.

It was the first time anything like this had happened to any of her children.

“We had little to nothing to eat,” Frida says. “Lily became weak and stopped crawling. I tried to make her eat but she refused. 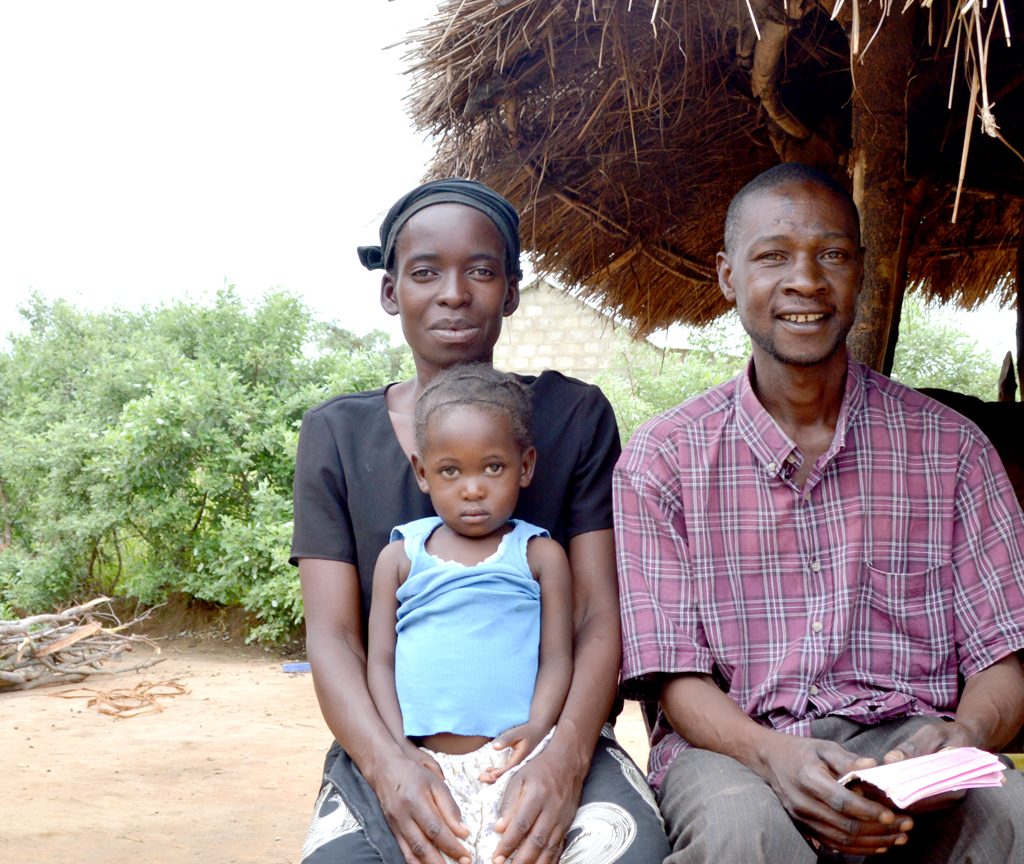 Lily, 2, with her mother Frida and father Costern. At the age of eight months, Lily fell terribly ill and was diagnosed with malnutrition.

How we treated Lily for malnutrition

Fearing for her daughter’s life, Frida sought the help of her neighbour Mary, who was part of the Safe Mothers Action Group supported by ChildFund.

Mary advised Frida to take Lily immediately for a growth monitoring session supported by ChildFund at the local health clinic.

Lily’s weight had dropped to a low of 3.8kg, from 5.1kg just three months before. She was diagnosed with malnutrition and was placed on a supplementary feeding program consisting of a peanut-based paste high in vitamins and minerals.

The peanut paste is a type of supplementary food given to treat malnutrition, a frequent cause of death for children under the age of five.

“I was supposed to be giving Lily three bottles a day of the supplementary food, but at the beginning Lily could not even manage to finish one bottle,” Frida says.

“It took months before she could finish three bottles because she was just too weak. But as she began to eat more, her health started to improve.”

How we help prevent and identify malnutrition

There are a few strategies in place to ensure we identify and prevent cases of malnutrition:

Once children are born, mothers learn about good nutrition for their babies. This training helps mothers identify any problems early, and understand how much food is required to keep their babies healthy.

Within a month Lily had gained just over 2kg. She continued on the supplementary feeding program alongside a diet of cornmeal porridge and vegetables for another four months before returning to a stable and healthy weight.

Today Lily weighs almost 10kg and is a happy and healthy toddler.

“Lily is now doing much better now,” Frida says. “She’s eating well and plays a lot with her friends.” 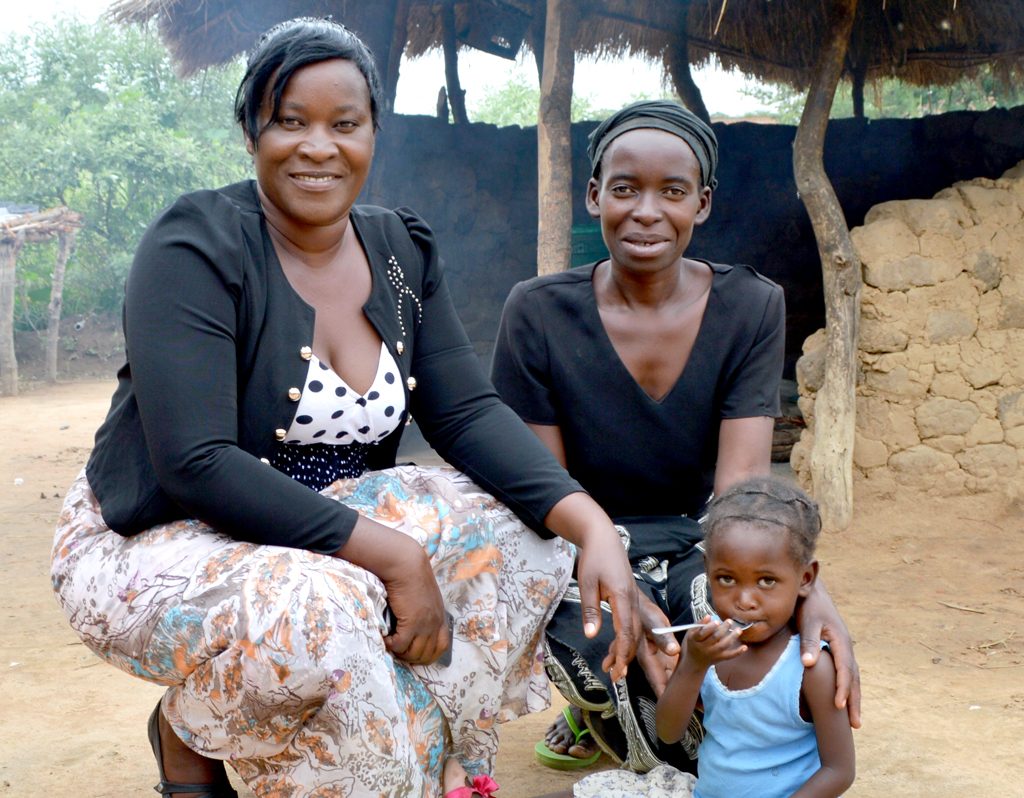 Frida and Lily with their neighbour Mary, who helped Lily get help after she stopped eating and became too weak to crawl.