Since 2011 she has travelled to homes and clinics in remote villages, where women traditionally have given birth without access to prenatal care or emergency assistance when it`s needed.

This work started as part of ChildFund and UNICEF’s joint project, REACH, promoting improved health care for pregnant women and young children to help lower the infant mortality rate. REACH may have ended in December 2013, but the health care training continues to make a big difference in the communities today.

Most health cadres come from non-medical backgrounds, so they received regular support and monitoring during the project`s duration. Nuren’s routine visits helped to remind the volunteers how to provide basic health services, and she would also check the amount of medical supplies to make sure health posts were fully stocked. Some visits took hours to accomplish. 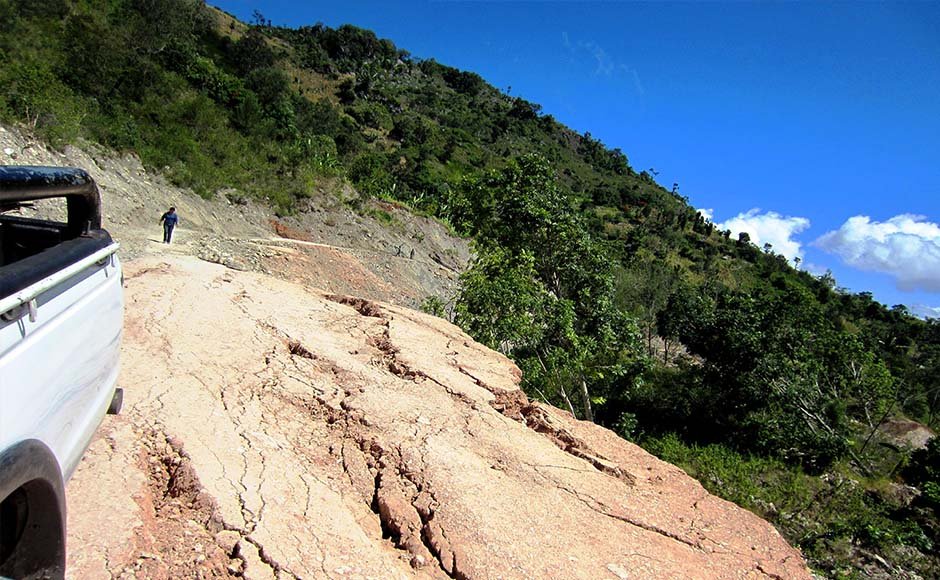 One of the roads Nuren must take to reach a village in East Nusa Tenggara.

“When we had two new cadres in Sotual, we went there for a monitoring visit,” Nuren recalls. “We left the city at dawn to reach Nuapin village. We then walked for three hours through the forest from Nuapin village to finally reach Sotual. The return trip was more difficult, because it was uphill. We took a shortcut, and I almost fell off a cliff on the way back.

“The wife of the health cadre gave us pineapples, but unfortunately, none of us carried a knife. We walked all the way up the hill to our car before we saw an old man with a big dagger to help us cut and eat the pineapples. We weren`t even wondering if the dagger was clean or not, we were just so thirsty from the long walk!”

Upon reaching Nuapin, the group stopped by a health centre. “The health worker asked where we came from. He was surprised when we told him that we had just visited our health cadres in Sotual, since they had never been there before,” Nuren says.

Since the project ended, Nuren has continued her work with ChildFund Indonesia in the eastern program areas. She is proud of her work. “With basic medical supplies in such remote areas the health cadres are able to provide basic health care for young children. Seeing this is really rewarding for me,” she says. 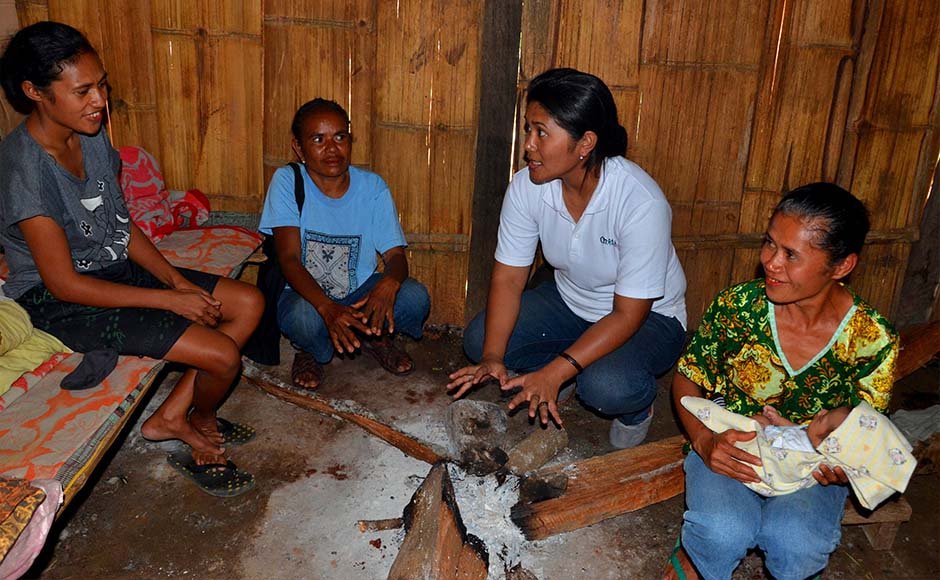 During a monitoring visit in Fatukoto, Nuren (second from right) visits a young mother who is practicing sei, a local tradition. With guidance from Nuren this room has been better ventilated.

One of the biggest challenges in the project area is the traditional activity called sei, in which firewood is burned underneath a platform and mattress that a mother and her newborn lie on in a room with very limited ventilation, sometimes for as long as a month. It is believed that this practice will make them strong and healthy, but in fact, it contributes to many respiratory problems. Another challenge is that the community`s water source is far away.

Nuren says that although the region continues to face some hardships, “I see changes happening in the community. People now have reasonable access to health services. This really helps in obtaining basic health care in critical situations, especially for young children who suffer fevers or stomach aches, as malaria and diarrhoea are common in the area.

“The community is really enthusiastic about the health services they have in their neighbourhood. Even though they know the health cadres are trained specifically to help young children, people now choose to go to the health cadres instead of the traditional healer when they are sick,” she adds. “People are also more aware of health issues. They learned not only to be aware of the common symptoms of diseases, but also how to prevent contracting them with healthy living habits.”