Five days have passed since Nepal’s 7.8 magnitude earthquake devastated parts of the country. More than 5,000 people have been killed and at least 10,000 injured, with figures expected to increase as search and rescue teams continue to reach remote areas.

More than 90 aftershocks have been felt since Saturday. People have been advised to stay in open spaces so families are sleeping in makeshift tents in damp, cold conditions.

With Nepal now in its pre-monsoon period and rainfall predicted for the coming 10 days, there are fears of more landslides, local flooding and the spread of waterborne diseases. There are also serious health and safety concerns for those left homeless. 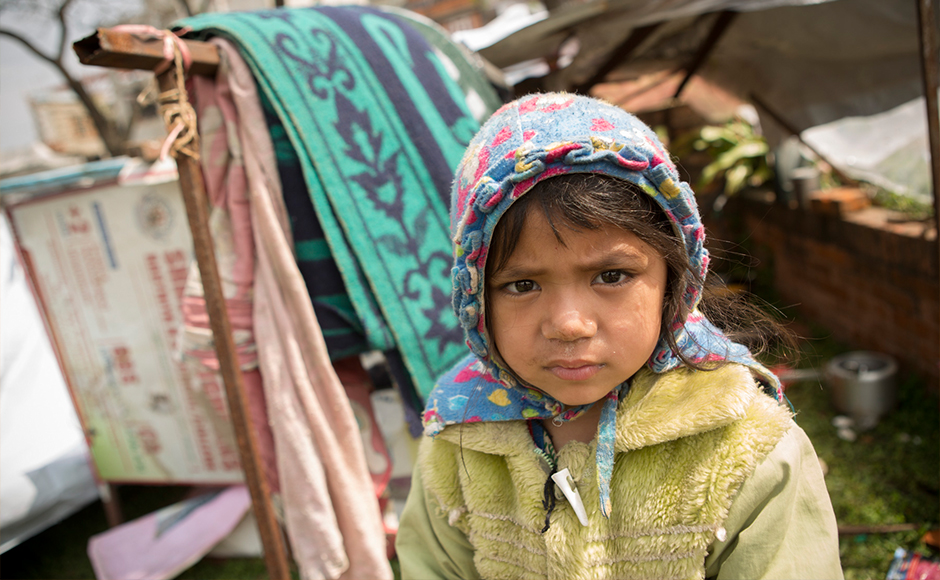 ChildFund works in one of the worst-hit districts, Sindhupalchok, a 3-4 hour drive from Kathmandu in good conditions. In these remote villages, the earthquake triggered a series of landslides that have killed 1,176 people and seriously injured 736. An estimated 80 per cent of houses have collapsed and up to 90 per cent of the health facilities have been severely damaged.

Efforts to deliver aid to Sindhupalchok have been hindered by a lack of supplies and security concerns as people become more desperate for assistance. While major roads and routes have been opened, side access roads remain cut off by the landslides or massive cracks.

ChildFund has been assigned by the District Disaster Reduction Committee to provide emergency assistance in four affected villages, focusing on food, shelter, water and sanitation, child protection, education and livelihoods.

Mariko Tanaka, ChildFund’s country director in Nepal, says: “Our team has been working hard to procure food, ground sheets and tents, and will start to distribute rice and dahl to children and families in Sindhupalchok tomorrow.”

This is not the first disaster to have hit this part of Nepal. In August last year, a landslide caused by heavy rainfall killed 156 people in Sindhupalchok, including children who were at school.

Mariko recalls at that time children who survived the event were too terrified to sleep for weeks, for fear of being buried alive, and needed counselling. She says: “I am concerned for the mental and physical health of children and parents caught up in this current disaster.”