The human loss of natural disasters

Vee still cries every day over the loss of her son and grandson after a flood destroyed their village in southern Laos in July 2018.

While her five-year-old grandson’s body has since been recovered, the mother of seven is still mourning the absence of her son, whom she last saw drifting in the water with her grandson.

Many of us dread the thought of something taking our children from us. When a natural disaster strikes, that thought can very quickly turn to reality. Vee explains below, how this tragic turn of events has affected her and her family.

When Disaster Struck in Laos

“It has been a terrible nightmare,” Vee says. “I think about my son and my grandson every day. I cry and I can’t sleep, because when I close my eyes I see terrible images in my mind.”

It was about 9 or 10pm when water first began creeping into the house, Vee remembers.

She thought the water wouldn’t reach the second floor but it continued to rise, forcing Vee and her family to flee the house.

They piled into an old boat and hung onto a tree, when the power in the village suddenly cut off. “There was a lot of noise and people began shouting very loudly,” Vee says.

Parts of homes and people’s possessions floated all around them. Suddenly, a large log smashed into the boat, hitting her daughter’s face and knocking her grandson into the water. “My son jumped out of the boat to save him,” Vee says. “He carried my grandson up to the surface and both of them were floating.

“That was the last I saw of them.” 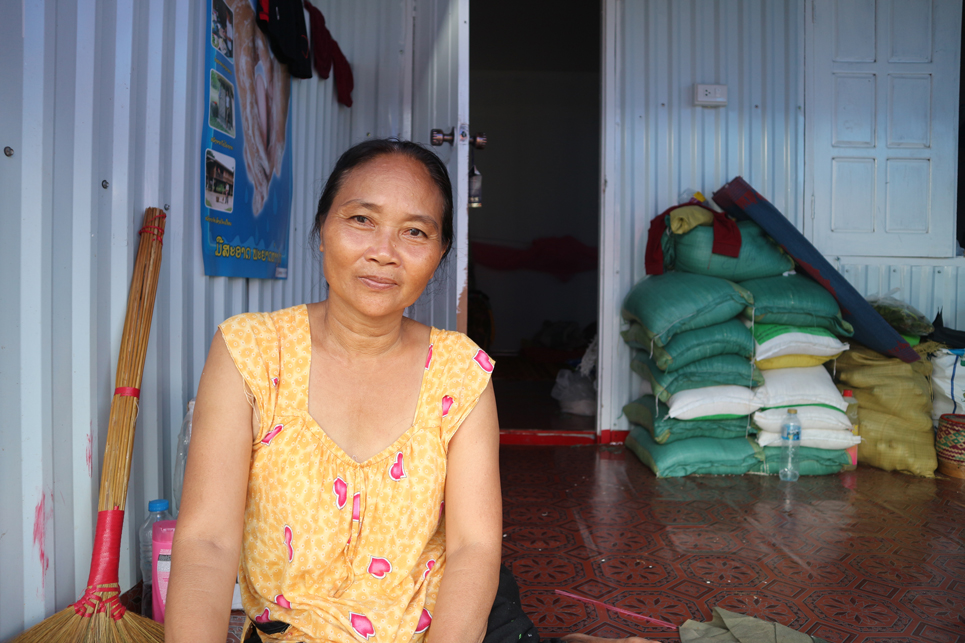 While Vee’s grandson’s body has been recovered, there has been no news of her son.

Unable to sustain the weight of several people, and the pressure of the water, the boat broke, and Vee and her family found themselves deep in water. Vee and her daughter were injured by debris as they drifted into a farm field about two kilometres from their home, before finally being rescued three hours later. Vee’s husband and her 10-year-old grandson drifted for about five kilometres before managing to latch onto a banana tree. “My husband tied some plastic bottles onto the tree for my grandson to sit on,” Vee says. “He then grabbed onto an electric pole to hold them in place until someone came to help the next day.” It was four days later when the whole family, except Vee’s son and five-year-old grandson, reunited at the Immigration Centre in Sanamxay District, in Attapeu Province.

Living with the Effects of Disaster

“Since that day, I’ve been like a person without a soul because of everything that I’ve lost,” Vee says. “I’ve lost my possessions, my house, and most importantly, my son and grandson.” Today, Vee and her family are living in a temporary camp (pictured above) set up in Attapeu Province for survivors of the flood. A rescue team has recovered Vee’s grandson’s body, but her son is still missing. “Every day, I go out hoping that one day I will meet my son again,” Vee says.

The collapse of the dam in Attapeu Province in July 2018 caused flash flooding into villages in southern Laos and neighbouring Cambodia. At least 26 people reportedly died and more than 6,000 children and their families like Vee’s have been displaced, and are seeking refuge in temporary camps.

We don’t know when disaster will strike, but we can prepare ourselves to make an emergency response when it does. Project Humanity is an emergency response initiative which funds disaster relief efforts in situations like the floods in Laos, or the Indonesian earthquake and tsunami. How do we help? We assist rescue efforts in affected communities, establish safe spaces for children, and distribute essential supplies to refugees in displacement camps. Donate now and your charitable donation will save a child’s life.