Olivia gifts a cow for her birthday to help children

When Olivia turned five years old in May, she celebrated like many children her age might – with a Disney-themed party, lots of games and a big cake.

However, instead of receiving gifts for her birthday the Sydney preschool student raised money to buy one of ChildFund’s Gifts for Good.

She asked friends to donate to the cost of a cow, to help a child and their family in Uganda access milk – a rare nutritious drink in poor communities in Africa.

“We set up a fundraising page and explained on there what her goal was, and put a link to it on her birthday invitation asking parents to consider supporting Olivia’s goal to buy a cow, as an alternative to a gift,” mum Martine says.

“I explained to Olivia that she would still have presents from us and her grandparents, but that with so many children being invited, we could help some other people in need as well.”

Many parents were enthusiastic about the idea, says Martine, and many of Olivia’s friends drew pictures of cows on the birthday cards they made. “It was lovely to see the concept went further than just Olivia!” Martine says. 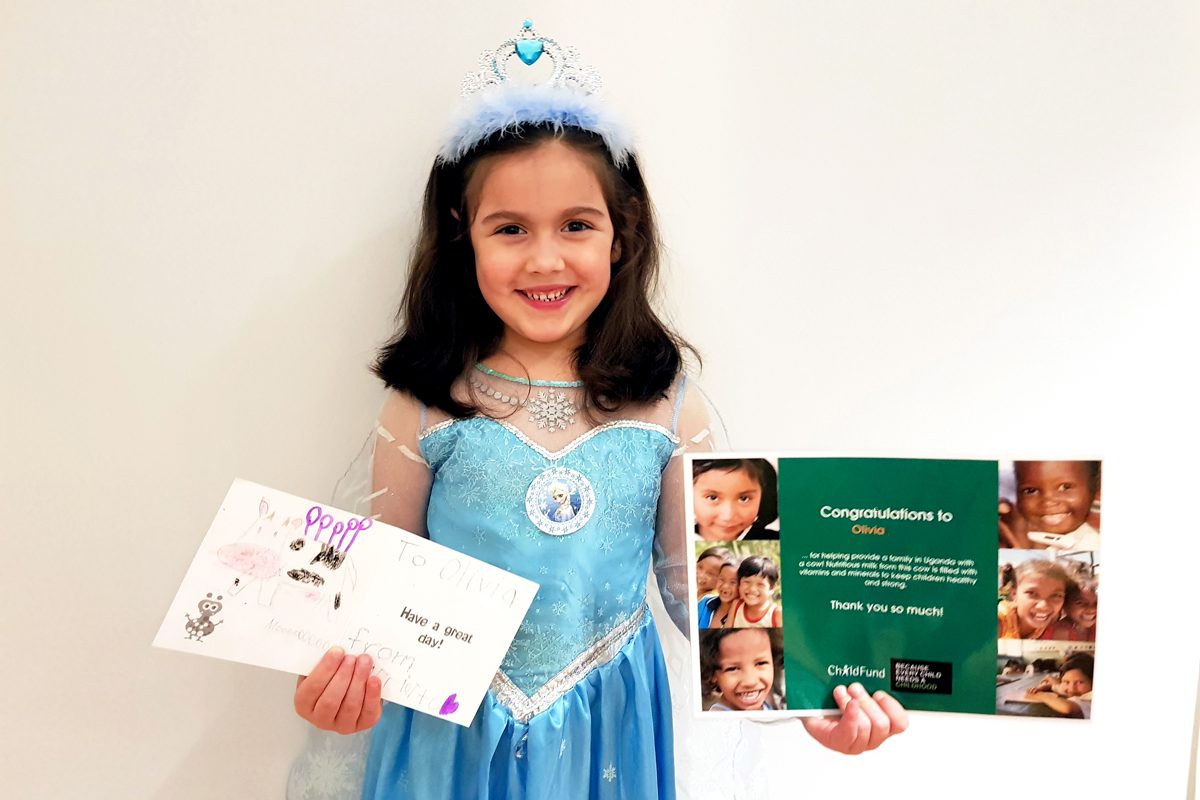 Olivia, 5, dressed up as Elsa from the Disney animation Frozen, with one of her birthday cards and a certificate of appreciation from ChildFund Australia.

The idea was inspired by one of Olivia’s friends, who had chosen to fundraise for a favourite charity for their birthday. “We loved the idea and started to look around for a suitable charity that Olivia might like to support for her fifth birthday,” Martine says. “When we started to talk about her donating a cow to a family in need in a country like Uganda, she became really enthused about the idea.”

Martine says the fundraising activity gave Olivia the opportunity to learn more about other cultures and people in the world. “Our goal was to teach Olivia to think of others who do not have the opportunities and resources that we have access to, and to realise how lucky she is here in Australia,” Martine says.

“We used the opportunity to research a bit about life in Uganda for children, which was also really interesting for all of us.

“I think charity fundraising activities can give children an awareness that their experience of the world is not necessarily the same as that of so many children in other countries, and yet they have much in common also.” 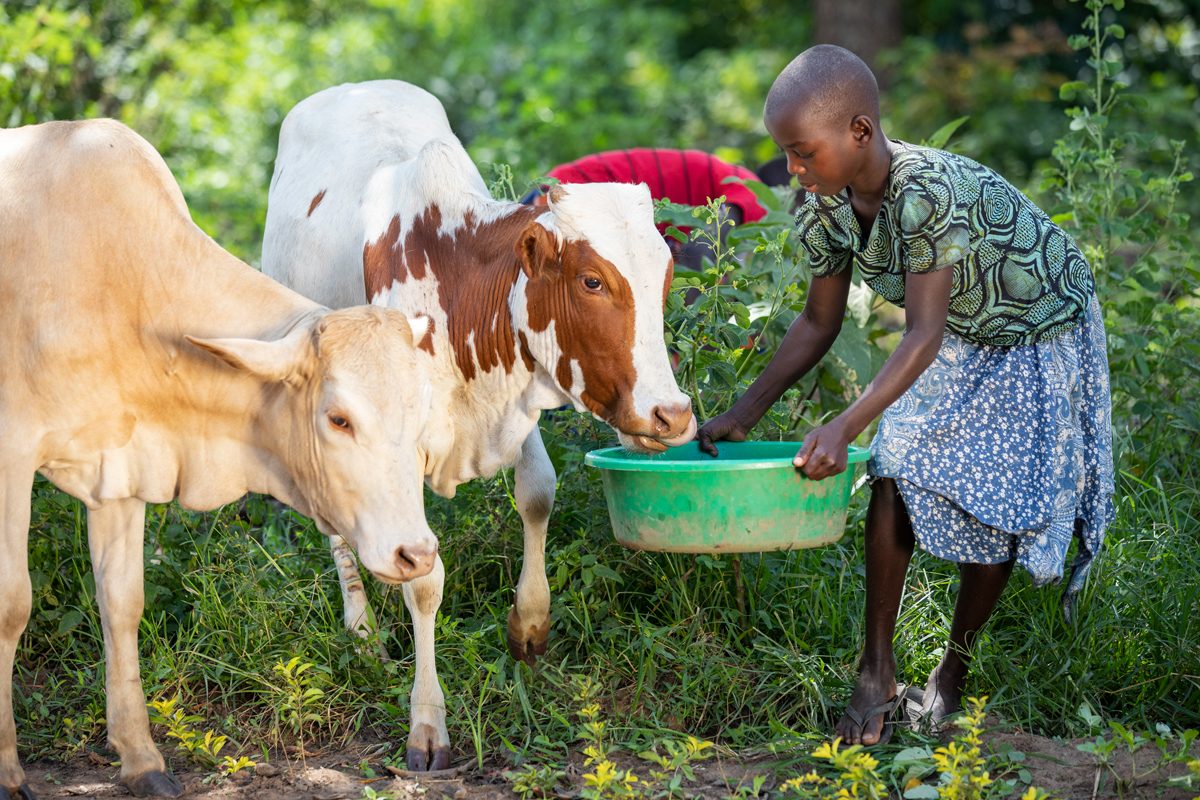 Dozens of children in Soroti District, Uganda, including Martha, 12, now have milk to drink after receiving cows in June.