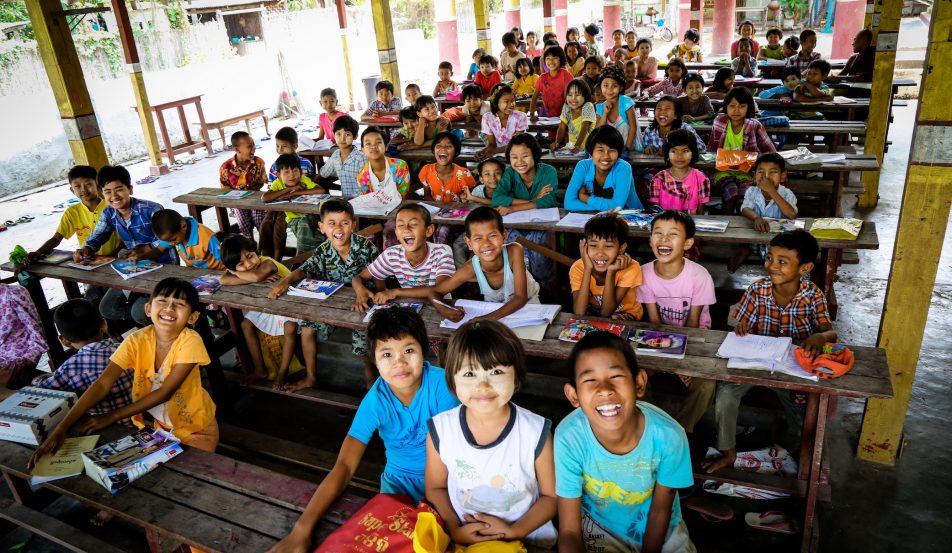 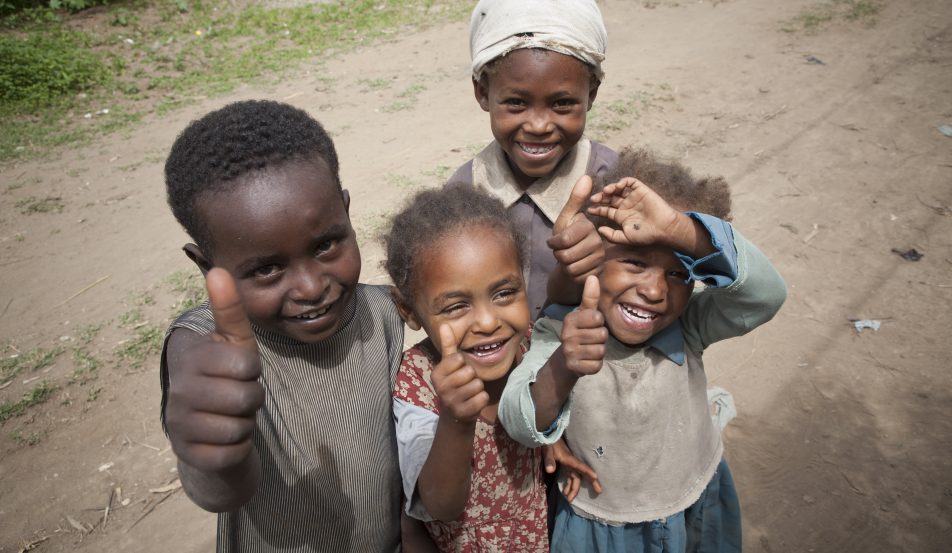 There is a name from 2020 that will never be forgotten, and it’s George Floyd. His death was the catalyst for worldwide anti-racism protests, and social media outcry in support of the Black Lives Matter movement.

While Minneapolis is far from our shores, Floyd’s death has initiated deep reflection on racism in Australia, and a yearning to listen and learn about the experiences of First Nations people. It’s difficult to know where to start, and to find trustworthy sources of information. We’re here to help.

We have compiled a list of podcasts, children’s books, young adult books, documentaries, films and non-fiction books that you can use to learn more about racism in Australia, from both our nation’s past and present.

1. Always was, always will be our stories

In the podcast Always was, always will be our stories, listen to inspiring conversations from Aboriginal and Torres Strait Islander role models and trailblazers from all walks of life who share their stories and experiences. Host Marlee Silva, aims to continue the tradition of Indigenous storytelling to bring hope to people for the future.

2. Pretty for an Aboriginal

AWAYE! shares stories about the diverse and fascinating world of Aboriginal and Torres Strait Island arts and culture around Australia. This podcast also showcases the best radio broadcasters around the world who provide educational, reflective and thought provoking conversations about Indigenous culture globally.

4. Adam Goodes on racism in sport, the fight for indigenous rights in Australia and Aboriginal history

From the podcast series, Ways to Change the World, this episode features Adam Goodes, a former AFL player who was the victim of racism during his AFL career. In this podcast episode, hear Adam Goodes talk about his identity, his experience with racism, and his inspirational fight for First Nations rights in Australia.

Dr Elder Colin Jones is a well-respected cultural and medical educator who runs cultural immersions for doctors. In this podcast, Dr Jones provides insight into racism in Australia under colonisation and sheds light on the terrible mistreatment Aboriginal and Torres Strait Islander people continue to experience.

6. My Place For Younger Readers by Sally Morgan

Sally Morgan’s book explores her childhood and what it was like growing up in Perth, Western Australia. It tells the story of her realisation about the truth of her culture, her family and her heritage. A great book to teach children about the richness of Aboriginal and Torres Strait Islander culture, and it’s also filled with lots of great illustrations.

7. Finding Our Heart by Thomas Mayor

An educational resource for young Australians that provides understanding about Australia’s past and the need to have a unified future that supports every Australian, regardless of race. Author Thomas Mayor provides a story about the Uluru Statement which outlines the need to recognise Aboriginal and Torres Strait Islanders in the nation’s constitution. A serious issue told in a way that children will love and learn from.

With its exquisite illustrations, Respect follows the life of a young girl as she is introduced to the different elements of her Aboriginal and Torres Strait Islander history and culture. This story focuses on the importance of family, of respecting all cultures and the need to listen, learn and share.

9. Playground: Listening to Stories from Country and from Inside the Heart by Nadia Wheatley

A fascinating story into the childhoods of First Nations people, both traditional and contemporary, this book draws upon a wide range of memoirs and oral histories to provide children with insights into Aboriginal and Torres Strait Islander culture.  Children will learn about a range of personal experiences, encouraging them to embrace the beauty of diversity.

Set within the cultural explosive shifts of the 1960s and 1980s, this novel depicts the story of a girl who leaves her home in rural Victoria to study law in Melbourne. Adopted by a white family at birth, she knows little about her culture, but undergoes a life-enhancing journey which helps her to understand her identity as a young First Nations woman in Australia.

Beth Miller died in a car crash, however she still roams the earth. The only person who can still see and hear her is her detective father as she helps him solve a mystery. This novel tackles grief, love, violence and racism in a gripping murder mystery story.

Told through the eyes of Ruby, this novel explores the cultural difference and untold history of First Nations people in Australia. Ruby’s own awakening to her culture is central to the story, which overlaps with historical moments within our nation such as the 1967 Aboriginal Citizenship Referendum and the buy-back of pastoral leases.

This story follows a young girl who is taken from the north of the country and sent to the distant south. Highlighting the horrendous injustice and experiences of the Stolen Generations, the book teaches us about one of the world’s most confronting periods of history and the impact that it has had on First Nations people.

14. Njunjul the Sun by Meme Mcdonald

When a 16-year-old Aboriginal Australian boy leaves home to go to the big city, he goes on a journey of self-discovery about his identity to learn more about his people, culture and identity.

In this compelling documentary, Bob Randall, a First Nations man who was a member of the Stolen Generations, shares his life story to bring awareness to this horrific period in the history of our nation. Now living beside Uluru, Bob takes the audience on a spiritual journey, explaining the many challenges faced by his people, and how Aboriginal and Torres Strait Islander people can move forward.

Delve into the inspiration and remarkable journey of former AFL player Adam Goodes on his fight to end racism towards First Nations people in Australia. Once a victim of a racist attack at an AFL game, Adam Goodes has used his platform for good. This bold documentary explores race, identity and belonging in Australia.

Following the historic Sorry speech by Kevin Rudd in 2008, this documentary follows the story of four grandmothers as they challenge government policies to bring their grandchildren home. With the rates of Aboriginal and Torres Strait Islander children in out of home care increasing, this documentary challenges modern day racism and government regulations that impact our First Nations children and communities.

A region known as Utopia in Northern Territory is the poorest place in the country. This documentary by award-winning journalise John Pilger examines the injustices experienced by First Nations people, including the disproportionately high rates of deaths in police custody.

Told from the perspective of a 10-year-old boy, this award-winning documentary depicts the struggle to balance his traditional Arrernte/Garrwa upbringing with a state education. A powerful treatment of the injustices faced in our modern day education system and the lack of opportunity for First Nations children, this documentary is an eye-opening experience for all.

Samson and Delilah is a “survival love story” of two 14-years-olds who escape their remote community and travel to Alice Springs. This film, winner of a Cannes Film Award, provides a glimpse of bleak urban and rural life for First Nations people living on the margins, a view not often portrayed in mainstream popular culture.

Rabbit Proof Fence is a film adaptation of Doris Pilkington’s novel, about her mother Molly’s experience as a young girl. A compelling story, the film follows sisters Molly and Daisy, and their cousin Gracie, who are taken from their homes and are forced into a re-education camp. They escape the camp and follow the State Barrier Fence of Western Australia (often referred to as the rabbit proof fence) on a 2,400 kilometre journey back home.

Set in the late 1920’s in the Northern Territory outback, a First Nations stockman kills a white station owner in self-defence and is forced to go on the run with his wife. The powerful storytelling is hard-hitting and reveals the significant injustices faced by Aboriginand Torres Strait Islander people  in the beginning of the twentieth century.

A classic Australian film which follows the story of Charlie, a First Nations man who feels increasingly lost between two cultures. As the government increases its hold over his community’s traditional way of life, Charlie heads into the wild to live life on his own terms.

Loosely based on a true story, The Sapphires depicts the journey of four Aboriginal and Torres Strait Islander women, who are discovered by a talent scout and form a singing group. They travel to Vietnam in 1968 to sing for the troops deployed to fight in the war. The film explores the struggles faced by a First Nations family, torn apart during the Stolen Generations, and reunited by a love of music.

25. The Tall Man by Chloe Hooper

The Tall Man is the story of a First Nations man who swore at police and then 40 minutes later lay dead in his cell. Located in Palm Island, Hooper explores the injustice between cultures in Australia, especially in regard to Aboriginal and Torres Strait Islander deaths in custody.

26. Because A White Man’ll Never Do It by Kevin Gilbert

In an expose of the past and present, Gilbert draws the reader’s attention to key themes in the Australian government’s approach to Aboriginal and Torres Strait Islander peoples. From land theft, oppression and denial of human rights, to paternalism and ridicule, this is the First Nations experience of colonisation. Gilbert leaves us with a provocative vision for reconciliation.

27. Orphaned By The Colour Of My Skin: A Stolen Generation Story by Mary Terszak

Terszak provides an in-depth and authentic autobiographical account of her experience of being part of the Stolen Generations. The compelling voice of a grandmother reflecting on her life experiences, perceptions and personal stories is a unique psychological breakdown of an individual’s experience of racism in Australia.

28. Growing Up Aboriginal In Australia by Anita Heiss

This award-winning book provides a compilation of diverse voices to answer one question, “what is it like to grow up Aboriginal in Australia?” Hear from 52 Australians of very different backgrounds. The full breadth of society is represented in this collection of essays, which chronicles the experiences of young and old, rural and urban, rich and poor.

Learn more about racism in Australia, and take action to build a better world

We all need to do our part to build a better, more inclusive world. The first step is to arm ourselves with knowledge, and educate ourselves to become active anti-racists.

To be an anti-racist doesn’t necessarily mean taking to the streets in protest. It certainly does mean actively seeking the truth, reviewing what we think we know, and listening to the lived experiences of the people who have suffered or struggled against racism in Australia.