The Indonesian earthquake and tsunami through a child’s eyes

The place where 10-year-old Nazwa’s home used to be is now nothing more than a pile of rubble.

It has been more than a week since her village in west Palu, in the island of Sulawesi, was hit by the most devastating earthquake and tsunami Indonesia has experienced in almost a decade.

Nazwa, her father Muslimin and mother Novita, remember fearing for their lives when the 7.4 magnitude earthquake hit just after 6pm on 28 September.

The shock caused liquefaction, a phenomenon that causes soil to behave like liquid, which led to entire villages being swept away.

“About 1,045 houses are gone, swallowed, and destroyed in this village alone,” Muslimin said.

This was followed by a tsunami that struck Talise beach in Palu City, and the beach in Donggala, both on the west coast of Sulawesi island. By the first week of October, authorities had confirmed 1,948 deaths, 10,679 people seriously injured and 835 people still missing.

Numbers are expected to rise as people are still trapped under collapsed buildings and rescue teams continue to search affected areas.

There are 74,444 displaced people across 190 evacuation centres, and an estimated 46,000 children are in urgent need of assistance. 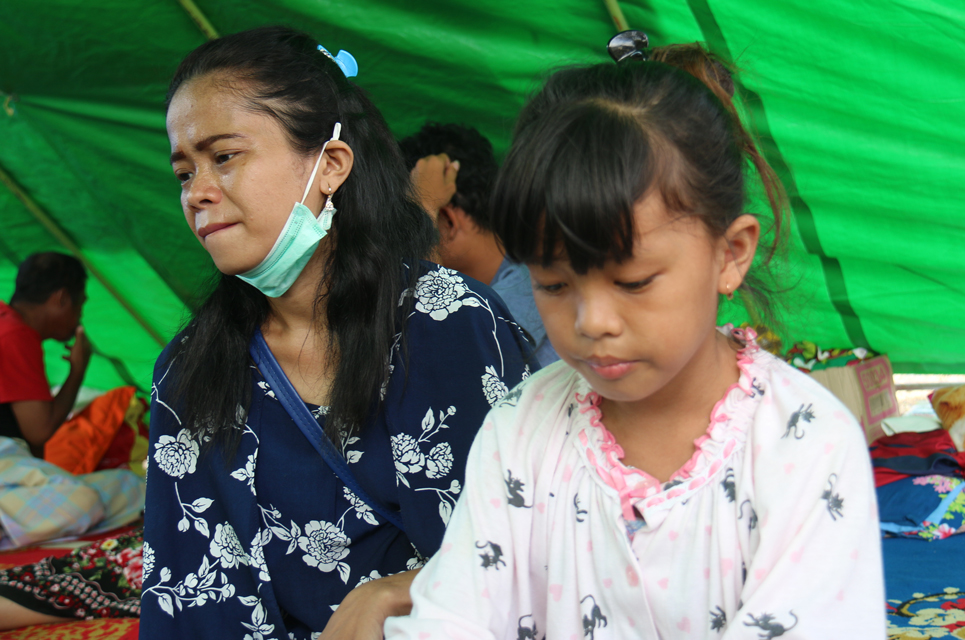 Her home destroyed, all Nazwa wants is to feel safe and go back to school

Nazwa’s family is one of 80 families who are displaced and staying at camp supported by ChildFund Indonesia.

Her village was overwhelmed by the disasters, and she’s worried about her friends and neighbours. She’s also concerned about her teachers. Her school was one of the 2,736 across the country that were damaged.

Like many children whose lives have been affected by crisis, Nazwa faces an uncertain future. All she wants is to feel safe and go back to school.

“I want to write and learn maths again,” she says. “I love maths.”

Generous ChildFund supporters are helping provide safe child-centred spaces to more than 1,000 children, including Nazwa, affected by the earthquake and tsunami so they can continue their education.

At these spaces, children also have access to psychosocial support to help them deal with any trauma they are experiencing as a result of the disaster.

ChildFund supporters are also providing life-saving water and sanitation, and emergency kits with food, water and other essentials to 10,000 children and their families.