A frightening account of giving birth in a remote village 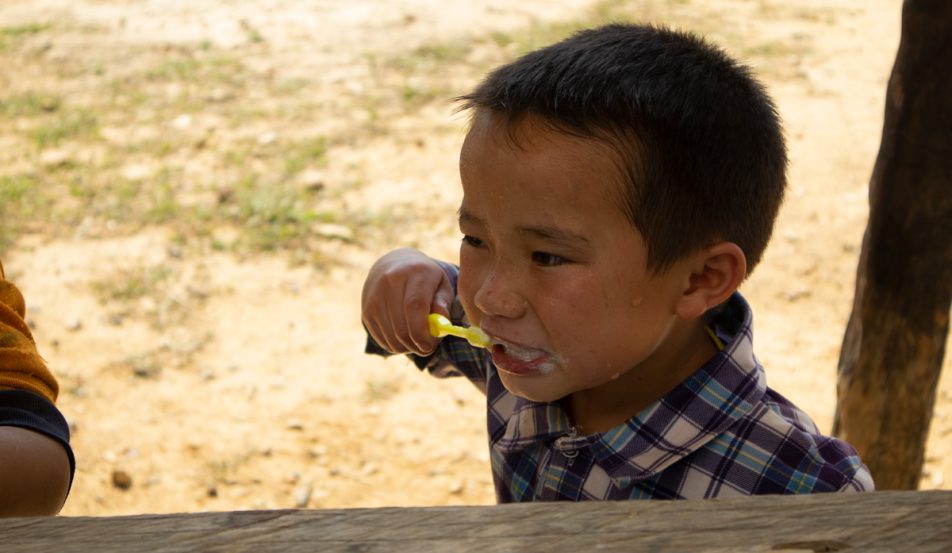 How teachers in Laos get students excited about hygiene
CATEGORY Health

It was around midnight when Judite began feeling a pain that she had never felt before. The mother of six was heavily pregnant with her youngest child Marcelo, but this feeling was different to any labour pains she had experienced previously.

“It was the worst pain,” Judite says. “I was frightened.”

She asked for Odete, the Community Health Volunteer trained by ChildFund in her village, who immediately called an ambulance to take her to the nearest health centre, an hour and half away by car through windy, dirt roads.

Judite (pictured above with Marcelo and daughter Zebifania, age 3) gave birth to Marcelo in the ambulance with the help of a midwife but she had lost a lot of blood.

It was a terrifying experience but at least she had been in the hands of a professional.

In Judite’s village, in the remote mountainous areas of Lautem municipality in Timor-Leste, a lack of health facilities, doctors, nurses and midwives means when medical emergencies occur they can be fatal. Women in Judite’s village traditionally give birth in their homes with the assistance of a “daya”, a birth attendant who is experienced in delivering babies but who does not have a medical background or formal training in midwifery.

Judite gave birth to five of her children at home with the help of a daya. But with Marcelo, she wanted a doctor or midwife present. She had learnt from her previous experiences and from Odete that giving birth at home without a trained medical professional was unsafe and could put her life and her baby’s life at risk, especially when complications occurred.

Apolonia, a midwife at Lautem health centre, where Judite was treated after giving birth to Marcelo, says Community Health Volunteers like Odete are helping to save the lives of mothers and their babies. They are critical in ensuring information about maternal and child health is passed on to families in remote and rural communities that have no or limited healthcare.

Community Health Volunteers run workshops and training sessions for families to teach them about safe ways to give birth, and how to prevent, identify and treat child malnutrition and common childhood illnesses.

Today, Marcelo is 19 months old. Judite is hopeful about her son’s future, but she is still learning from Odete and the workshops supported by ChildFund in her community.

Odete has been monitoring Marcelo’s growth since he was born, and recently discovered that he was at risk of becoming malnourished. She encouraged Judite to attend the nutrition workshops in their village.

“I am happy to join this activity because I have learnt how to prepare nutritious food for my children,” Judite says.

How teachers in Laos get students excited about hygiene
CATEGORY Health

Heartbreaking reality of childbirth in Timor-Leste

A mother's short walk to end polio and tuberculosis

How teachers in Laos get students excited about hygiene