The cost of malnutrition

The United Nations’ Standing Committee on Malnutrition reports that malnutrition is the largest single contributor to the spread of disease worldwide.

Malnutrition contributes to the cycle of poverty and economic stagnation because it prevents people from reaching their full potential. Malnourished children often do not perform as well in school, which limits their career opportunities. Malnourished adults have less energy for work compared to healthy adults, so they are unable to contribute as much to the local economy and cannot provide the best care for their families. Malnourished mothers are more likely to have underweight children, who in turn are more vulnerable to malnutrition and resulting disease.

As the cost of malnutrition is high, investing in solutions to provide proper nutrition in developing countries can have a huge pay off. A recent study showed that investing US$1.2 billion annually in micronutrient supplements, food fortification and biofortification of staple crops for five years would generate annual benefits of US$15.3 billion. Such an investment in nutrition would see a drastic reduction in human suffering and result in a benefit-to-cost ratio of almost 13 to 1.

The Copenhagen Consensus project brings a panel of Nobel laureate economists together to establish priorities for advancing global welfare using a cost-benefit analysis. In 2008, the Consensus members concluded that providing vitamins for undernourished children is the world`s best investment, and in 2012 they decided that micronutrient interventions are the best global investment. The 2008 Copenhagen Consensus found that $1 invested in nutrition can generate as much as US$136 in increased productivity and better health. Investment in improving nutrition can save more than a million lives each year, help 360 million mothers and children have healthy futures, significantly reduce the human and economic burden of diseases like AIDS, malaria and diabetes, and increase a nation`s GDP by 2 to 3 per cent annually. 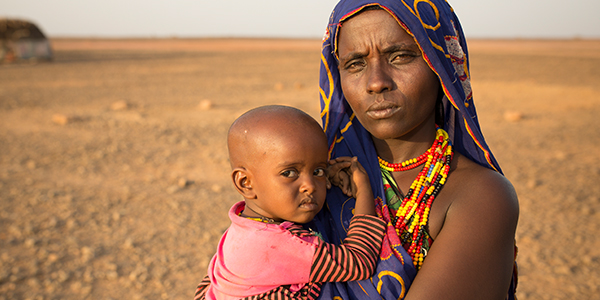 ChildFund works to educate mothers, fathers and other caregivers about proper nutrition for children and the importance of a well-balanced diet.

Global investment in good nutrition is extremely important, with one in nine people in the world being chronically undernourished. Investing in nutrition and nutrition education through community development can help developing nations break the cycle of poverty and is one of the most viable options for improving living standards around the world.

ChildFund has delivered a number of initiatives to combat malnutrition. This includes the Integral Nutrition Program in Mexico, which has reduced malnutrition rates from 45 percent to 20 percent since its launch. The sustainable practice of providing families and communities with necessary tools and training in regards to nutrition, food preparation and cooking, enables them to produce healthy and nutritious food themselves. ChildFund also works to improve sanitation and water sources to ensure that children are at less risk of contracting waterborne illnesses, which contribute to malnutrition through nutrient loss.