By the time Fenny was 10 years old, she had come close to death more than once.

One time, she thought her time had really come.

She was feverish, shivering and too weak to walk. “I was very sick,” Fenny (pictured above) says. “That’s when mummy carried me to the ChildFund office to get tested.”

A trained ChildFund Zambia volunteer diagnosed Fenny with malaria and referred her to the local health clinic for urgent treatment. This story details her experience with malaria, how she was nursed back to health, and the life-saving power of a single net.

Malaria and a brush with death

On the way to the clinic, it started pouring down with rain, and Fenny started to lose hope.

“We got soaked,” Fenny says. “I thought then that my time had come to die, but mummy said whether we are soaked or not, we are going to the clinic.”

Upon seeing Fenny’s condition, the long line of people waiting at the clinic let Fenny and her mother Gertrude pass.

Fenny was given anti-malarial medication and after days of rest, she eventually recovered.

“It was a day I’ll never forget,” Fenny, now 12, says. “I thought the time had come for me to die, but within the shortest period of time I was back to normal.”

Gertrude says her whole family, including Fenny – the second youngest of six children – suffered from malaria multiple times a year.

Their home in rural Zambia is close to a small river and surrounded by wild grassland, a prime breeding ground for malaria-infected mosquitoes, especially during the wet season.

There is nowhere else for the family to go; they have lived here for most of their lives and rely on a small piece of land nearby where they grow vegetables such as tomatoes and okra to earn an income. 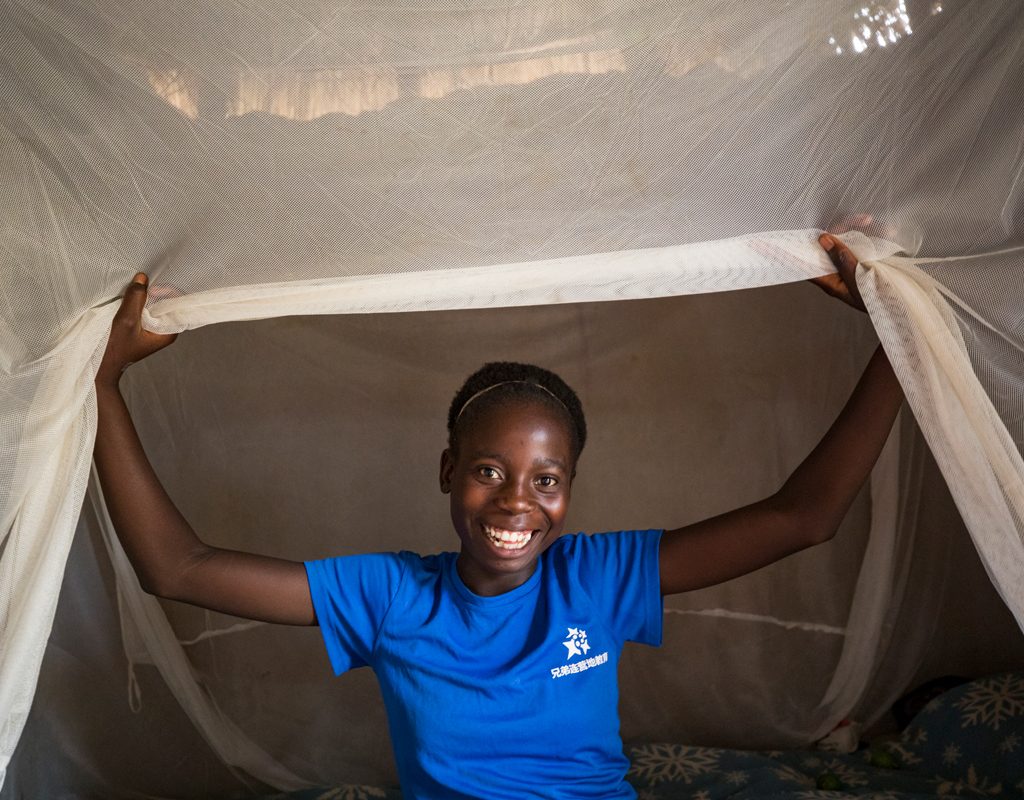 Fenny hasn’t had malaria since she started sleeping under a mosquito net.

In 2016 trained ChildFund Zambia staff and volunteers began educating families about the symptoms of malaria and running tests to help save lives. Before then many families in the community were unaware of the disease, which kills 1,200 children worldwide a day or about 50 children every hour.

“We didn’t know we were suffering from malaria,” Gertrude says. “The entire family was always complaining from sickness: one family member would be shivering; another would be vomiting. We would just get painkillers.

“We thought we were bewitched.

“It was only when we were tested and educated by a ChildFund volunteer that we learnt about malaria.”

It took Fenny up to a month to recover when she got malaria; each time she got sick she would fall further behind in her schoolwork.

“I didn’t feel well missing school because when I went back everyone else was ahead of me,” she says.

How ChildFund sponsors help children and their families stay safe from malaria:

Over the years Gertrude has carried a heavy heart watching her children suffer from the disease. “It was troubling seeing the children unwell,” she says.

In 2010 she lost twin girls. They were just a few months old. She remembers them having a fever and their hands turning yellow before they passed away.

“At the time I thought it was just God’s wish that they died,” Gertrude says.

Today, after learning from ChildFund staff and volunteers, Gertrude suspects they died from malaria.

She lives with the pain of their deaths to this day. “I’m still mourning because I know now they died of malaria,” Gertrude says. “If the trained ChildFund volunteers had been present earlier on and if we had mosquito nets, my children would have been alive.”

How safety nets have changed a community

With ChildFund Zambia’s help, children and their families in Fenny’s community are now able to identify and seek treatment for malaria before it is too late.

But it has been the mosquito nets that have been provided with the help of ChildFund supporters that has made the biggest impact.

Fenny’s family received mosquito nets in 2017. The nets, which have been treated with insecticide, cover every bed in their home.

“Since receiving the mosquito nets, no one in the family has suffered from malaria,” Gertrude says.

“I want to thank ChildFund for providing these mosquito nets,” Fenny says. “If possible, let it be every year that we get mosquito nets so that no one should die from malaria in our community.”

You can help protect children from malaria

With a simple gift, you can save a child’s life. One child under five is killed by malaria every minute, and they can be saved with a mosquito net.

These repellent-treated mosquito nets help protect children and their families as they sleep. Malaria-carrying mosquitoes are repelled by the treated nets, and this prevention strategy has proved to be the most effective.

You can help keep young children malaria-free by donating ten mosquito nets, a small gift that makes a big impact. Why? Because every child needs a childhood. 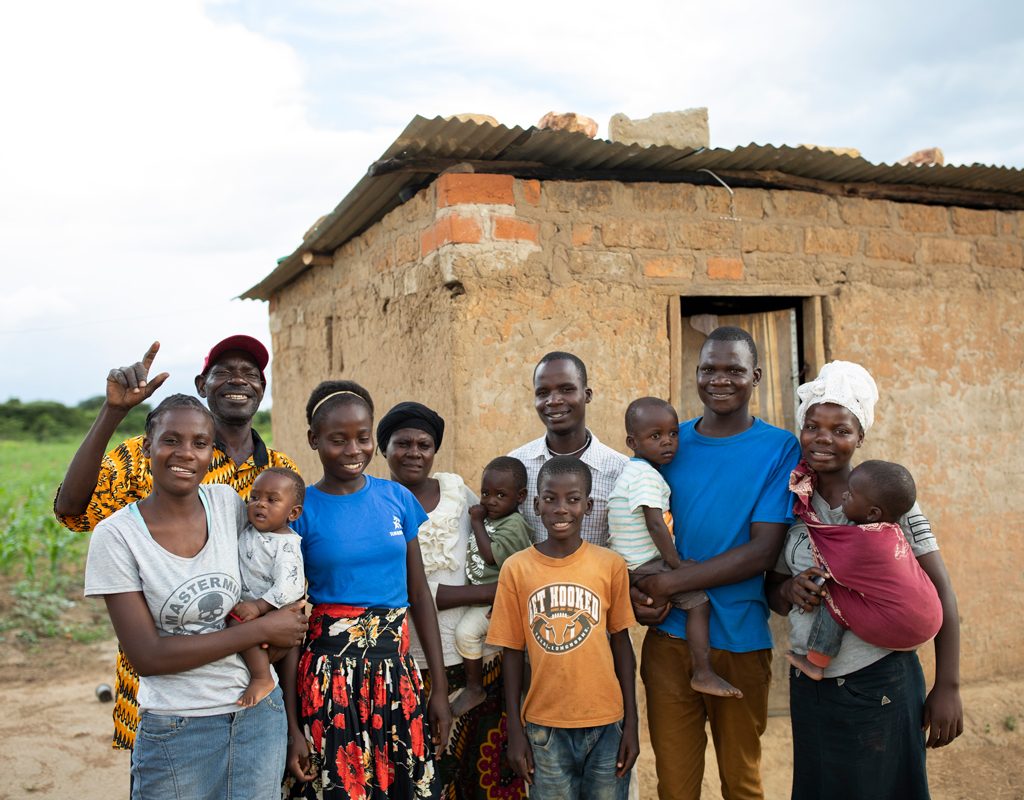 Fenny (third from left, in blue) with her mother Gertrude (wearing a black hat) and their family outside their home in rural Zambia.