How sponsorship changed our village

Viet was nine years old when ChildFund Vietnam started sponsorship in his small village in Bac Kan province in the country’s northeast.

He remembers his parents struggling to grow enough rice and fruit on their farm to provide for the family.

His village – Don Phong, home to more than 2,300 people – had limited access to healthcare services and few schools. The schools available lacked basic resources such as books and sporting equipment, and classrooms were overcrowded with students, hindering their ability to learn effectively. Teachers had little training and opportunity to develop their skills.

However, over the 12 years ChildFund Vietnam has operated its sponsorship program in Don Phong, life for Viet, his family and his village drastically changed.

Viet was sponsored by James, an Australian in Sydney, at the age of 11 and this ensured his parents were able to feed the family as well as keep him and his brother in school. 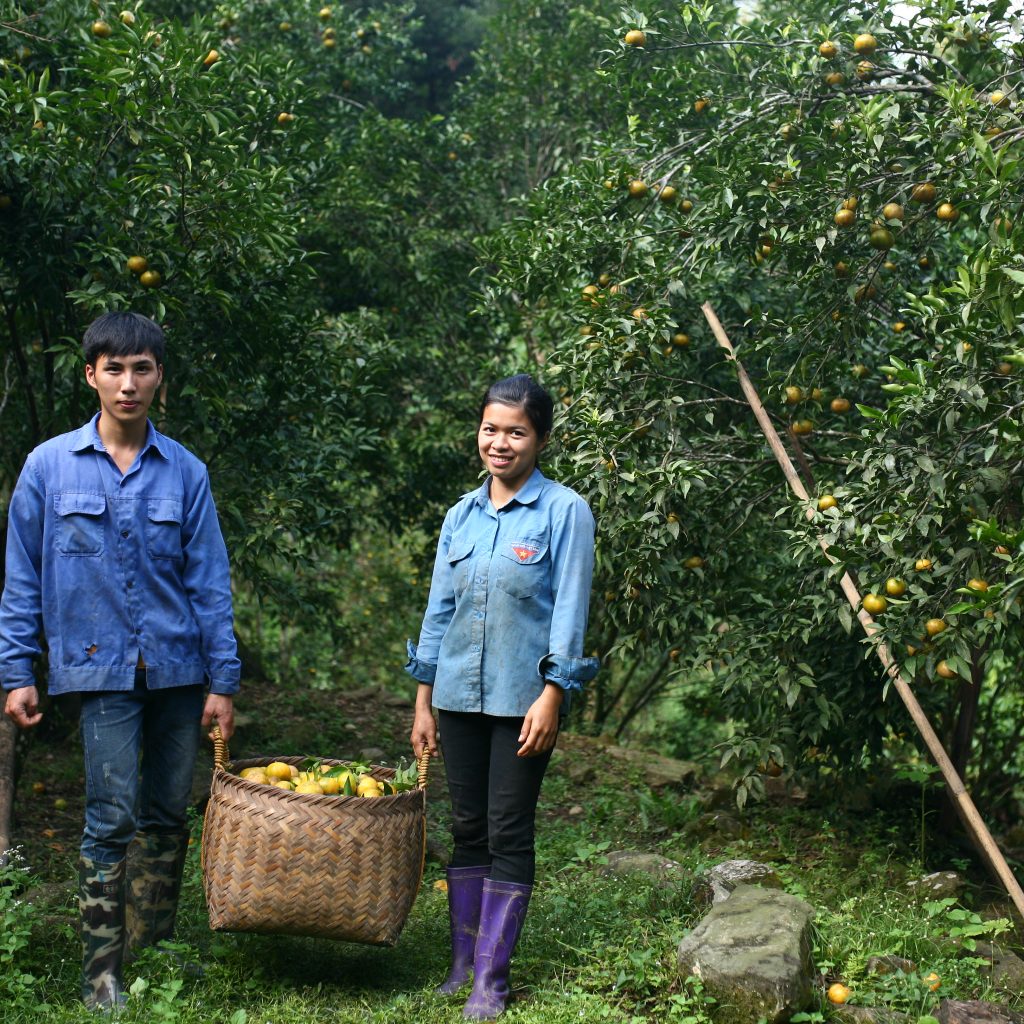 Viet, who was sponsored at the age of 11, and his wife on their tangerine farm.

A significant part of the sponsorship program was focused on improving healthcare services in the community.

In 2010, ChildFund partnered with the people of Don Phong to build a new clinic and train staff in key areas such as the management of childhood illnesses and obstetrics.

Eight rooms and a playground were built for the health centre, which now provides services to over 500 people every month, more than double when compared with the records before 2010.

Schoolchildren undergo a general health check twice a year and children under the age of five are included in a growth monitoring scheme that educates parents on child development.

Prenatal care is one of the most popular services at the centre. Doctors have been trained on a variety of issues such as how to change mothers’ behaviours so they attend regular health check-ups during their pregnancy.

Hon, an obstetrician who has been working at the centre since 2002, says the training programs have improved the way she cares and supports expectant mothers. “I am now very confident and well-prepared for any circumstance that might happen when I help pregnant women deliver their babies,” she says.

Ngan and her two children are among the hundreds of patients who attend the health centre. Ngan gave birth to her son here and is grateful to have received the regular check-ups during her pregnancy.

“The staff helped me to track the progress of my pregnancy and gave me advice on my nutrition and health,” she says.

“My baby boy was born here and is now growing really well.” 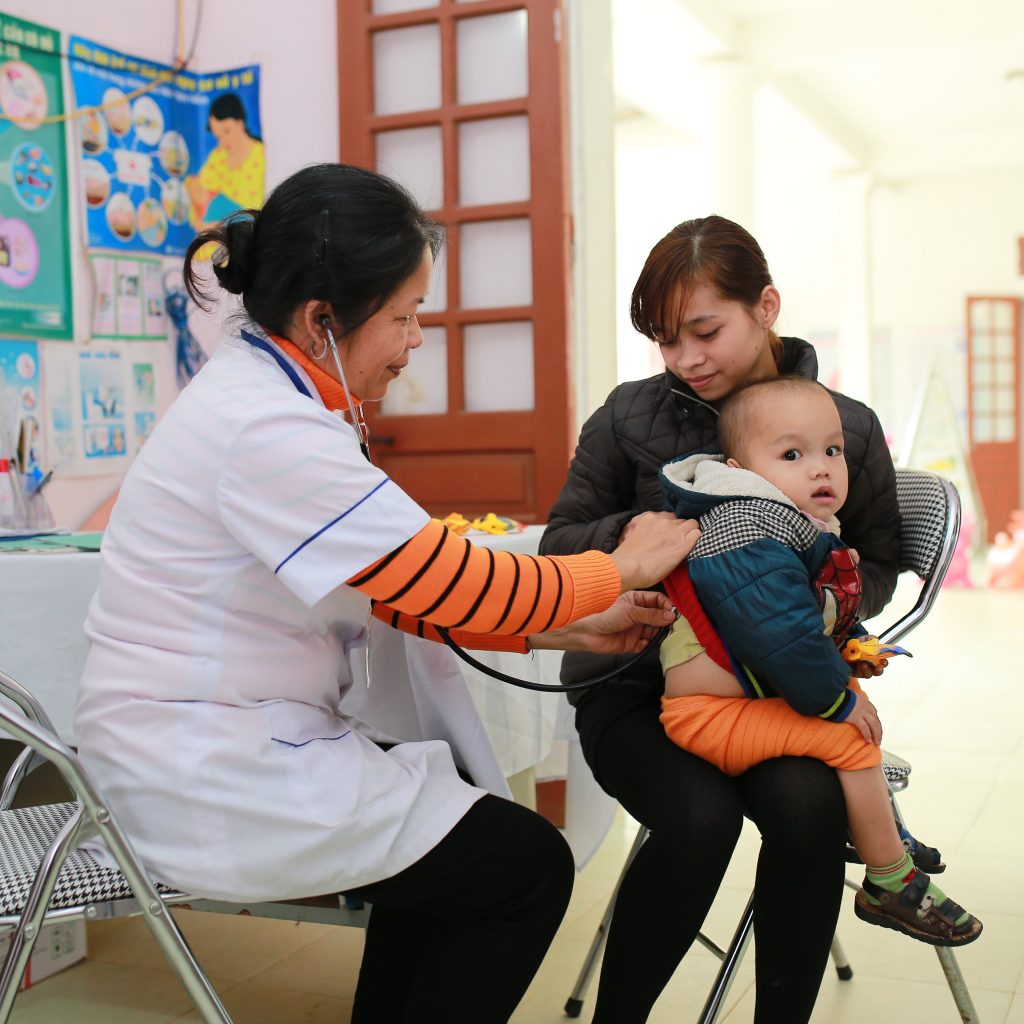 Ngan gave birth to her son at the health centre in Don Phong and is grateful to have received the regular check-ups during her pregnancy.

Unsafe water and poor sanitation practices contributed to the spread of waterborne disease in Don Phong for many years.

In one area, people used to fetch water from streams in the mountains through bamboo pipes. However, leaves and dirt often contaminated the water and the pipes regularly broke. During the dry season there was little water in the pipes, and families were forced to travel long distances to collect water from streams elsewhere.

In 2008 ChildFund sponsors helped install a gravity-fed water system using tanks that stored up to 20 cubic meters of water. The system provided 53 households with clean, safe water that was easily accessible all year round.

ChildFund supporters also helped to implement new sanitation facilities, such as toilets in schools and homes, and educate children and their families about health and hygiene, through community workshops.

Three-quarters of households in Don Phong now have access to proper sanitation facilities, compared to just under half in 2006.

Ensuring children have access to quality education so they can reach their full potential has always been a critical part of ChildFund’s sponsorship programs.

Over the 12 years in which ChildFund worked in Don Phong, a primary school and two satellite schools were built, providing more than 260 children every year with easily accessible and well-resourced environments in which to learn.

Teachers were trained about child-focused teaching methods, and educational managers were provided with school management skills to improve the teaching and learning quality at the schools.

In 2014 the main school in the commune, Don Phong primary (main photo above), was transformed from a one-floor building with a dirt yard, to a two-storey building with eight classrooms and a playground. The transformation allowed for more children to attend the school and provide a “safe and stimulating environment for studying,” vice-principal Dung says.

In Na Lom, an area within Don Phong where 62 families of the minority group Dao live, a satellite school featuring a library, toilet blocks, a teachers’ room, kitchen and playground was built so children would no longer have to travel hours through mountainous terrain to attend the main primary school.

The satellite school has ensured more children in Na Lom are able to continue their studies. More than 30 primary school students and 30 preschool children now attend the school, up from about 50 when it was first built in 2013. 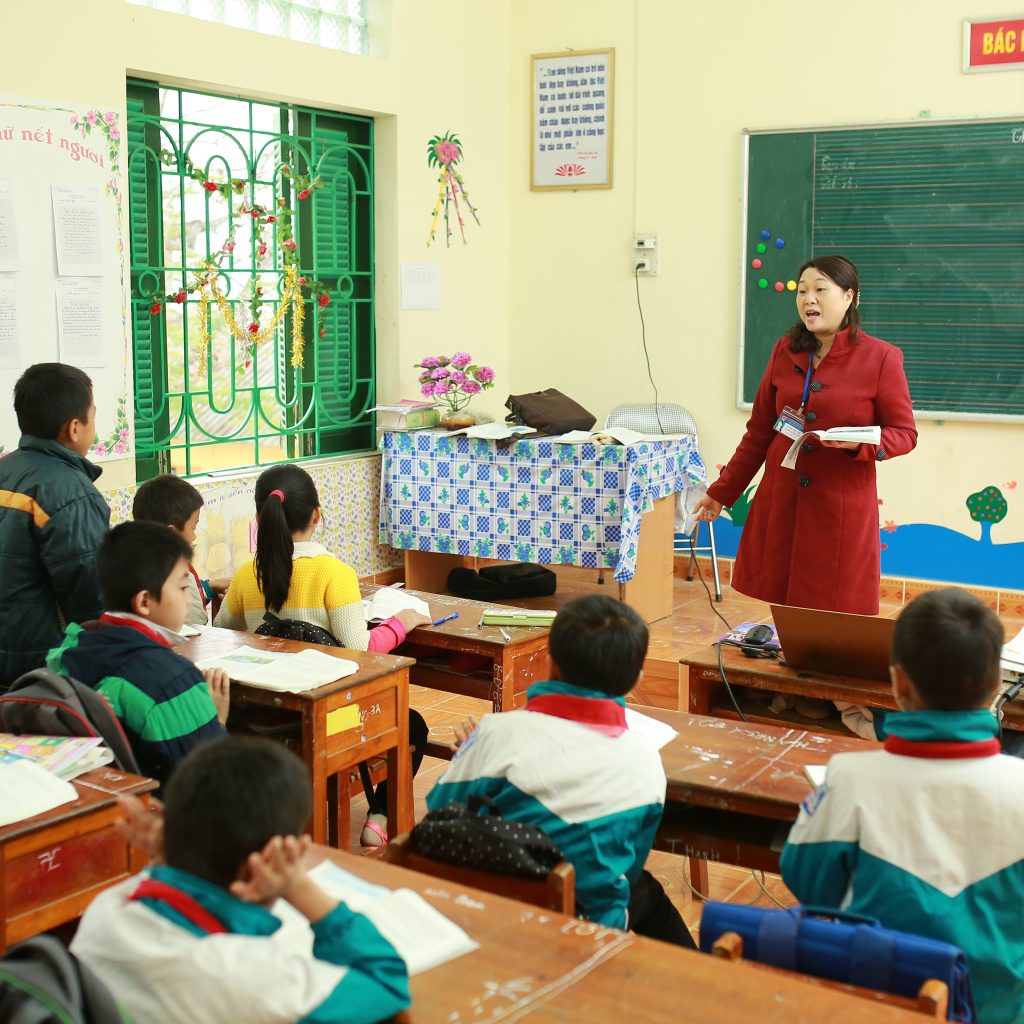 Don Phong primary school was transformed into a two-storey building with eight classrooms and a playground in 2014.

Education has played a significant role in helping Viet to grow into the young man he is now.

By the time he finished high school, the way of life in Don Phong had taken a new shape.

Viet left ChildFund’s sponsorship program to step out on his own at the age of 18, and in 2017 ChildFund wrapped up its work in Don Phong as the community had become self-sufficient.

Over the past eight years Viet, now 22, has been helping to grow his family’s tangerine plantations.

He says being sponsored not only gave him the chance to finish his studies but instilled a passion to stay educated.

He’s developed a keen interest in staying atop of the latest agricultural technologies that will keep his family’s 400 tangerine trees thriving.

It brings him much joy that he can support his family, he says, and his goals for the future are simple: “I want to carry on what my parents started and improve the family’s plantations.”